By David Gerard and Amy Castor

This morning, Monday 13 June at 02:00 UTC, Celsius, the biggest DeFi lender in the crypto space, announced it was “pausing all withdrawals, Swap, and transfers between accounts.” [Medium] 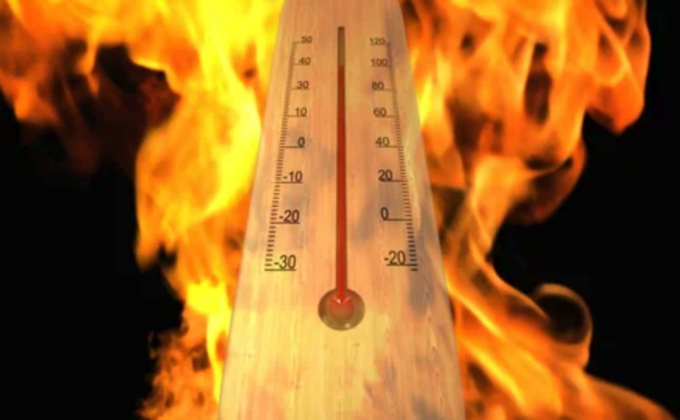 A hundred and four degrees with a head full of steam

Celsius, founded in the UK and now based in Hoboken, New Jersey, worked like a crypto bank — though an uninsured and unregulated bank. It offered its customers interest on deposits, at Ponzi-like interest rates on the order of 18%.

The money supposedly came from DeFi lending, investing in other DeFi protocols, Celsius’ own trading, and even a crypto-mining operation. You could also borrow crypto from Celsius, paying them interest.

Investors got the highest interest rates if they took Celsius’ own token, CEL — which appears to have been created out of thin air, in the standard process of DeFi ponzinomics.

Celsius’s collapse was inevitable. The company had glaring problems for a long while.

Apart from the hilariously unsustainable interest rates, Celsius CFO Yarom Shalem was arrested in November as part of the Moshe Hogeg fraud case. The company didn’t disclose the arrest until other people had already noticed.

The SEC has been looking into Celsius since January. Celsius had already been thrown out of Alabama, New Jersey, Texas and Kentucky for unregistered offerings of securities.

Celsius’ assets under management dropped from a claimed “$25 billion” (in cryptos) in October 2021 to “$12 billion” as of May 2022. The company said $8 billion of that had been loaned to investors. [Bloomberg; Financial Times, paywalled]

(We put those numbers in quotes because quantities of cryptos aren’t practically realisable in dollars. That’s just the face value of a large pile of cryptos, and not at all what you could sell the pile for.)

Mike Burgersburg of Dirty Bubble Media has detailed many, many Celsius shenanigans that were glaringly visible just on public blockchains. In particular, Celsius is functionally insolvent in their ETH position. Only 27% of Celsius’ ETH is liquid — the rest is either stETH or staked in ETH2, making it unavailable for withdrawals for a year. [Dirty Bubble; Twitter]

On Sunday 12 June, Celsius CEO Alex Mashinsky told Mike Dudas that customers were having no trouble withdrawing — “Mike do you know even one person who has a problem withdrawing from Celsius?” — despite many, many reports of issues over the past month. [Twitter; New Money Review; Twitter]

The power of Celsius is our community.

I am calling on this amazing community we built together in the past 5 years to come build the next @CelsiusNetwork.

All the trolls spreading fear in you have never built anything.

The very next thing Mashinsky built was a wall between his users and their money. The crypto assets are still there — but you can’t get them out.

In crypto, “community” is a word meaning “pool of repeat suckers.”

If anyone gets paid out what Celsius owes them, it’ll be Celsius’ fellow whales — in order of who’s largest and scariest.

Cryptocurrency lending platform Nexo said it’s preparing an offer to buy certain assets from rival Celsius — in particular, its collateralized loan portfolio. This may not be so comforting, as Nexo offers similarly Ponzi-like interest rates, with as little explanation. [CoinDesk]

When Bloomberg asked Mashinsky how Celsius could offer such high interest rates when banks couldn’t, he told them: “Somebody is lying. Either the bank is lying or Celsius is lying.” It’s possible we have an answer to this dilemma.

David appeared on Rob Breckenridge’s show on 770 CHQR in Calgary, Alberta this afternoon, talking about the collapse of Celsius. [OnMy.FM, 23:22 on]

The problem with Celsius collapsing is that Celsius is a major player in the crypto trading economy. [The Verge]

Functionally, crypto is most usefully modeled as a single unified casino — not an industry of competing companies. The whales, exchanges and miners overlap a lot. The big guys are all in each others’ businesses.

Mashinsky says that Celsius is an investor in pretty much every major DeFi protocol. [Barron’s]

So we should expect Celsius to take down large chunks of the crypto economy with it. And that’s what happened today.

Bitcoin went down when Terra’s UST and Luna collapsed in May. The price of Bitcoin has held around $28,000 to $30,000 in the month since.

But the rest of crypto has been hollowing out underneath, as the whales dump altcoins to prop up the price of Bitcoin — presumably because a lot of money rides on the Bitcoin price number. In recent days, ether has been dumped at a furious pace — apparently to prop up Bitcoin. [news.com.au]

Celsius seems to have panicked the crypto whales. Here’s the Coinbase price chart over the course of today:

The volumes are the grey bars below the price candles. People are dumping furiously.

It looks like BTC is being dumped for those stablecoins that may in fact be backed by actual dollars — USDC, USDP and BUSD. The Tether peg was shaken by holders trying to dump into the various thin USDT-USD pairs, dropping the price as low as $0.97. [Twitter]

Binance cut off BTC withdrawals at 12:00 UTC today for several hours, due to “a stuck transaction causing a backlog.” What? It’s not clear if this was the usual urgent unscheduled maintenance, or if Binance succeeded in calming the market. [Twitter; Twitter; Binance]

In further selling pressure, North American Bitcoin miners don’t seem to be able to borrow any more cash against their mined coins — so they’re dumping too. [Bloomberg; CoinDesk]

Everything is fine at Tether, probably

The reserve of the allegedly asset-backed stablecoin Tether has, for the first time, dropped by several billion alleged “dollars” in the past month — since the collapse of UST. Tether claimed the reserve held $83 billion on 11 May, but it’s down to $72.5 billion as we write this.

There’s no evidence that $10.5 billion in actual dollars was sent anywhere, or even “$10.5 billion” of cryptos.

We would guess this is first Tether cancelling loans of tethers, in which they printed tethers out of thin air, sent them off to exchanges and accounted the loan itself as the backing asset. This was documented in Tether’s October 2021 settlement with the CFTC, and Celsius just casually told the press they borrowed tethers on this basis as well.

Tether has spent the past five years printing pseudo-dollars out of thin air to prop up the market. It’s not clear why they’ve stopped at this time of dire need.

The usual reason is regulatory worries — CoinDesk’s freedom of information suit to find out the composition of the Tether reserve looks like it’ll succeed, and perhaps Tether are trying to look not quite as bad in time for that being revealed. [Twitter]

At least some of the Tether reserve is bitcoins — which have dropped precipitously since the end of last year, and would leave Tether insolvent (again). [Kalzumeus]

David was originally sure Tether would be shut down by December 2017 so he’s reluctant to call the end of Tether. But we will now admit the non-negligible possibility that operations are severely curtailed within the week.

Though realistically, unless the Department of Justice steps in and puts a stop to their money printing, Tether will likely continue. Nate Anderson of Hindenburg Research said he expects Tether execs to be in handcuffs before the end of the year — even as that sounds a bit like optimism. [Twitter]

It’s known that tethers were used previously to get money out of China to Russia. If a totally-not-Russian totally-not-mafioso needs their money now, Tether would likely pay them first.

Remember how, when Russia invaded Ukraine, sanction-hit Russian oligarchs were trying to dump literally “$2 billion” lumps of bitcoins at a time, without success?

MicroStrategy borrowed against its bitcoins from Silvergate Bank in order to … buy more bitcoins. This loan is margin-called when Bitcoin hits $21,000. [Fortune]

Silvergate is the banker to the US crypto industry — nobody else will touch crypto. Silvergate is heavily invested in propping up the game of musical chairs. If Silvergate ever has to pull the plug, almost all of US crypto is screwed.

So the question becomes: is Silvergate going to shoot Bitcoin through the head any moment now, or are its fortunes sufficiently tied to Bitcoin that it’ll choose not to do that until it’s in even more trouble?

The 2017 and 2021 crypto bubbles didn’t pop all at once — they slowly deflated, with occasional precipitous drops. We should expect the same here.

If Bitcoin doesn’t suffer much tighter regulation, we expect another bubble by around 2025 or so — because, sadly, suckers never change.

The buyers didn’t lose their money when Bitcoin dropped. The buyers lost their money, never to be seen again, when they bought the bitcoins.

The only change is that now they can’t pretend they didn’t.

By the way, we can confirm that we are in fact having a whale of a time staying poor. Few.

Wife: You seemed stressed over your internet money. Let me get you a snack.

One Comment on “Celsius goes Fahrenheit 451, and number goes down”