Over the last few days, the TerraUSD (UST) algorithmic stablecoin lost its $1.00 peg. Terra’s attempts to rescue UST crashed the price of Bitcoin.

Terra built itself its own small 2008 financial crisis with “stable” assets built from chained boxes of worthless trash, and the whole thing fell over in a stiff breeze and crashed Bitcoin in the process. 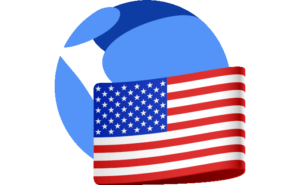 Not even crypto traders want to price anything in cryptos. So there’s a huge demand for dollar-equivalent stablecoins.

Tether hasn’t been printing so often lately, for unclear reasons. Circle tried taking up the slack and printed billions in USDC that were backed by unspecified nonsense — then the US Treasury glared in their direction, and they pulled their heads in a bit. Pax Dollars appear to be entirely backed by actual dollars in an account at Silvergate — but nobody in crypto seems to want to risk putting in actual money, so USDP/BUSD haven’t printed by the billions either.

There was a space for a “dollar” token that could be pumped out in ridiculous quantities. “Algorithmic” stablecoins are a process of putting nonsense on a convincing pair of stilts. The coin just needed a good story.

In the lead-up to the 2008 financial crisis, there was such a demand for safe dollar-equivalents that financial engineers synthesised “safe” products to meet the demand. Nothing’s safer than houses, right? How about leveraged bets on leveraged bets on houses? This didn’t work out so well. (See Libra Shrugged, chapter 7.)

Enter Do Kwon of Terra, who constructed a 2008-style Jenga stack of leveraged obligations, and pretended the result was an absolutely solid dollar. It wasn’t.

Terra has two coins: TerraUSD (UST), a stablecoin, and LUNA, which is used to stabilise it. UST is a shockingly popular stablecoin in DeFi trading, with 18 billion UST in circulation.

Here’s how UST is stabilised:

The main use case for UST is lending it to Terra’s Anchor Protocol. Anchor pays 20% interest on UST deposits! The interest is paid in UST tokens.

The whole thing works by Sam Bankman-Fried’s DeFi Ponzinomics — where a made-up asset is worth something because you say it is, and then you pay people in the made-up asset.

Do Kwon, founder of Terra, realised this was all a bit shaky. So, Luna Foundation Guard, which acts as an emergency reserve for the project, used UST to buy bitcoins and AVAX for a reserve. Lots of bitcoins. It’ll be fine.

What is a dollar, anyway?

DeFi means a lot of utterly illiquid rubbish can be claimed to have a “price.” This doesn’t mean you can get that many actual dollars for it, or that they even exist in the system.

Hardly anything in the UST system touches an actual dollar at any point. The closest are the parts that touch BTC or ETH, which at least have actual-dollar prices.

There was never anything like $18 billion in actual dollars backing UST. The massive numbers you see in headlines about crypto are a lie.

Below, I put some dollar amounts in quotes — to remind you that this is not actual money, and should not be treated as actual money.

What happened over the weekend

Some time on Saturday 7 May, over “$500 million” in various cryptos was withdrawn from Anchor. This left about “$300 million” of liquidity to cover about 14 billion UST on deposit in Anchor. [Twitter]

UST holders promptly dumped their bags before liquidity dried up — and withdrew 3.8 billion UST from Anchor. This knocked UST off its peg, sending it down to “$0.987.” LUNA fell 10%. [CoinDesk]

More holders replenished UST through Sunday 8 May. Luna Foundation Guard lent out “$1.5 billion” in bitcoins to defend the price of UST. All was well! [Twitter]

Investor confidence hadn’t been restored. On Monday 9 May, UST on deposit at Anchor went down to 9 billion UST. LUNA, Anchor’s ANC, and AVAX also plummeted. [CoinDesk]

UST hit “$0.65” at one point. Terra had deployed all of its Bitcoin reserve — and the UST price stayed down. [CoinDesk]

A store of inflation, a hedge against value

You know there’s no actual-money liquidity in the Bitcoin market, right? So number went down!

Bitcoin had taken a dive already last week, dropping from $39,579 to $36,114 on Coinbase on Thursday 5 May. There were visible dips at 15:00 UTC and 19:00 UTC. This coincided with tech stocks going down, so an investor who’d put some money into magic beans for a laugh may have had to get out quickly. [Amy Castor]

Trying and failing to stabilise UST had been enough to crash Bitcoin.

May you be taken seriously

It turns out that a big splashy collapse of a supposedly “$18 billion” asset attracts attention.

SEC Chairman Gary Gensler had previously warned that stablecoins and other crypto assets run the risk of confidence losses and bank runs. In a Senate hearing today, US Secretary of the Treasury Janet Yellen cited the UST crash as one of the many reasons that the US needs stablecoin regulation by the end of 2022. You can be sure the Treasury won’t be giving a pass to algorithmic stablecoins. [Twitter; Senate]

Stablecoins typically aim to be convertible, at par, to dollars, but they are backed by assets that may lose value or become illiquid during stress; hence, they face redemption risks similar to those of prime and tax-exempt MMFs. These vulnerabilities may be exacerbated by a lack of transparency regarding the riskiness and liquidity of assets backing stablecoins. Additionally, the increasing use of stablecoins to meet margin requirements for levered trading in other cryptocurrencies may amplify volatility in demand for stablecoins and heighten redemption risks.

Algorithmic stablecoins aren’t mentioned — but you can be sure they will be next time.

UST might recover. Binance has been attempting to keep UST upright — not least by simply blocking all sales below $0.70. [Twitter]

Terra has other highly productive businesses they can subsidise UST with — such as the unbacked tokenised securities that got them in trouble with the SEC last year. [LinkedIn]

Who did well out of the UST crash? Convicted fraudster Michael Patryn, co-founder of the collapsed Quadriga crypto exchange, who’s been making a name for himself in DeFi as 0xSifu! [The Block]