The entire crypto space has been a Jenga stack of interconnected time bombs for months now, getting ever more interdependent as the companies find new ways to prop each other up.

Which company blew out first was more a question of minor detail than the fact that a blow-out was obviously going to happen. The other blocks in the Jenga stack will have a hard time not following suit.

Here’s a quick handy guide to the crypto crash — the systemic risks in play as of June 2022. When Bitcoin slips below $20,000, we’ll officially call that the end of the 2021 bubble.

Amy Castor and I both had other important things to get written — so, of course, we dashed this off instead. It’s over on Amy’s blog. [Amy Castor] 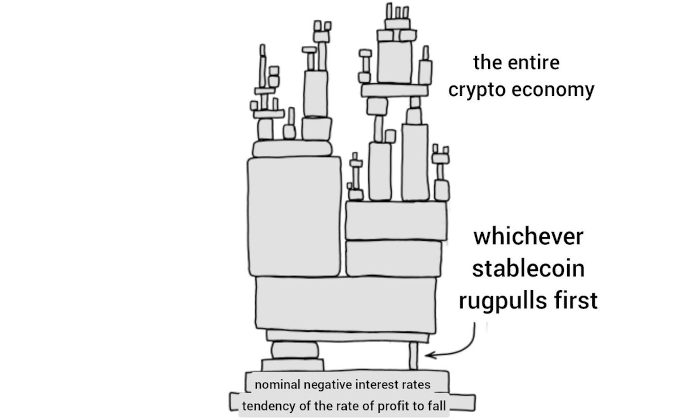 Image by James Meickle, with apologies to XKCD and Karl Marx.