On 15 October 2021, the CFTC announced a settlement with dollar-substitute stablecoin issuer Tether and its associated crypto exchange Bitfinex, over the companies’ behaviour from “at least June 1, 2016 to February 25, 2019”. [Press release; Tether order, PDF; Bitfinex order, PDF]

Tether was fined $41 million for falsely claiming that tethers were fully backed by US dollars at all times; Bitfinex was fined $1.5 million for “illegal, off-exchange retail commodity transactions” with US entities and selling futures to US entities, in violation of their 2016 CFTC settlement. (See Attack of the 50 Foot Blockchain, chapter 8.) [CFTC press release, 2016] 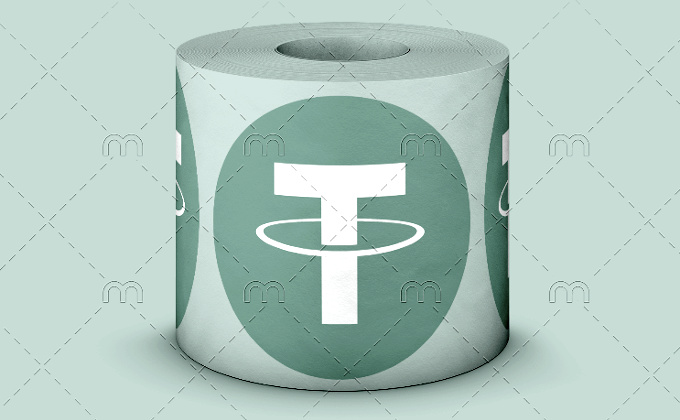 Tether, Inc. issues tethers (USDT) — a cryptocurrency stablecoin worth one dollar. Tethers are mostly used in cryptocurrency trading — they’re easier to move around than actual dollars, because banks ask too many questions. Each tether is, supposedly, backed by a genuine dollar held in reserve.

The Tether settlement is quite short, and very clear to read. It sets out what Tether did to back tethers, how Tether misrepresented what it did, and what laws this broke:

… during the majority of the Relevant Period, Tether failed to maintain fiat currency reserves in accounts in Tether’s own name or in an account titled and held “in trust” for Tether (collectively the “Tether Bank Accounts”) to back every USDt in circulation.  While Tether represents that it maintained adequate reserves, some of the Tether Reserves were in accounts other than the Tether Bank Accounts, and at times included receivables and non-fiat assets among its counted reserves.  In addition, at least until 2018, Tether utilized a manual process to track the Tether Reserves, which did not capture the real-time status of the Tether Reserves.  Further, from at least 2018 through February 25, 2019, Tether failed to disclose that the Tether Reserves included unsecured receivables, commercial papers, funds held by third-parties, and other non-fiat assets.  Finally, Tether Reserves were not routinely audited.

Tether claimed that every tether was backed by a dollar held in reserve, in the Tether White Paper from 16 April 2015, the Transparency Page on the Tether website, in announcements, in interviews, and in court filings.

But tethers were not fully backed. From “September 2, 2016 through November 1, 2018, the aggregate amount of fiat currency held by Tether in the Tether Bank Accounts was less than the corresponding USDt tokens in circulation on 573 of 791 days”. New unbacked tethers were issued all through this time period.

On 25 February 2019, Tether finally updated the website to say that tethers might be backed by assets other than actual dollars.

What was in the Tether reserve?

This was, of course, a lie. Tether general counsel Stuart Hoegner declared to the New York Attorney General in April 2019 that Tether had $2 billion in cash and US treasuries — covering 74% of the claimed backing for issued tethers. The rest of the backing was whatever they found behind the sofa.

There’s no evidence that a single actual dollar had been added to Tether’s reserves between 2019 and the Tether reserve breakdown for March 2021 — which also featured $2 billion in cash and treasuries. The other $40 billion was yet more random trash Tether found behind the sofa. (Tether claims to have added more treasuries to the reserve since then.)

Tether was taking on commercial paper — that is, unsecured loans — from at least 2018 onward:

Beginning in or before August 2018, Tether Reserves were held in non-fiat financial products and other less-liquid assets including commercial paper, and bank repurchase agreements. At various times during the Relevant Period, Respondents also considered anticipated receivables and anticipated wire transfers as assets for purposes of calculating the Tether Reserves.

That last sentence means that Tether was indeed issuing tethers as loans to their mates, quite early on — and accounting the lack of payment for the tethers as an asset in the reserve.

The settlement reveals fresh details of Tether’s absolute clown-shoes behaviour with the reserve.

Until 2018, Tether had no automatic process to document the reserve. The company didn’t even keep proper accounts — instead, Tether just kept a manually-updated “Reserve Spreadsheet,” which was frequently out of date.

Tether and Bitfinex also commingled reserve funds with the companies’ own operating funds and with other customer funds — just all shoved into one account.

Tether held the reserve assets with various dodgy banks, payment processors and other shadow banks  — most of which they didn’t even have a written contract with:

Tether and Bitfinex’s assets included funds held by or received from third-parties pursuant to at least 51 different arrangements, only 22 of which were documented through loan agreements, trust agreements, or other formal contracts.

It’s still unclear to me how true any of Tether’s numbers are. I mean, they presumably synthesised good enough numbers that the CFTC accepted the claims.

What sort of creature is a stablecoin? The CFTC maintains that it is a commodity: “USDt is a Commodity in Interstate Commerce.” As such, the CFTC asserts jurisdiction over Tether trading and future, just as it has jurisdiction over Bitcoin or Ethereum.

But Tether presumably didn’t think they were onto a winner fighting the CFTC over jurisdiction, and seemed to consider paying $41 million was a less-bad outcome.

The Tether settlement: a large fine

Why didn’t the CFTC just shut down Tether? I’m not sure they could. This sort of shonky trading is probably not going to be enough to arrest foreign nationals on the basis that the commodity is touched by US entities. I’m not sure the CFTC could even kick trading in a given commodity out of the US, unless the commodity was actually illegal, which tethers aren’t (yet).

So the CFTC penalty is just for Tether to pay a large chunk of cash, and don’t do it again. I’m presuming the CFTC is aware of the reporting requirements in the New York settlement, and didn’t feel it necessary to ask the same.

Bitfinex’s offence is much simpler:

Bitfinex has continued to offer, confirm the execution of, and receive funds for financed retail commodity transactions that were not made on or subject to the rules of a board of a trade that has been designated or registered by the CFTC.

… By accepting funds and orders for retail commodity transactions, Respondents also operated as a futures commission merchant (“FCM”) without obtaining the required registration in violation of Section 4d(a)(1) of the Act

CFTC jurisdiction here is clear: Bitfinex offered futures on cryptocurrencies that are commodities, to US entities. The real violation was doing this in the US market, for all that Bitfinex is a non-US entity:

Bitfinex’s actions were not adequate to prohibit non-ECP U.S. persons from engaging in retail commodity transactions. Bitfinex was aware that some non-ECP U.S. customers continued to access the platform after the changes to the TOS … Bitfinex customers, including those in the U.S., could click through and simply ignore the TOS and continue to access the Bitfinex platform.

Bitfinex didn’t bother doing proper Know-Your-Customer or, really, lifting a finger to keep US users off the platform:

… on or around April 3, 2018, a Bitfinex customer service representative informed a U.S. based customer that the platform is “not against VPNs … by any means — quite the opposite actually” and further stated that “Most users who simply use our platform to trade or offer margin funding will not need to provide KYC information”

More to the point, Bitfinex was fined $75,000 in 2016 over these precise actions, and was expected to take pains not to do it again. This is why the present fine is $1.5 million. Bitfinex must also put “reasonable” measures into place to keep US users off the platform, as of 31 December 2021.

What does all of this mean?

Some drooling idiots in crypto land tell me that this is a vindication for Tether, and that therefore everything is good now. Their reasoning is that the settlement doesn’t cover any Tether actions after 2019. So apparently this means everything in 2021 is fine!

In particular, I have had these idiots tell me the CFTC settlement vindicates Tether’s actions since 2019, when it doesn’t even contain the wording in the New York settlement that covered them up to February 2021.

Nor does this settlement disprove that tethers are used to manipulate the Bitcoin market — that’s simply not a thing that the settlement mentions, and its absence doesn’t prove everything’s all right there either.

These people should read the wording of the settlement.

Bitfinexed was right, yet again, about all of this. Perhaps you should be listening.

3 Comments on “The CFTC settlement with Tether and Bitfinex: $42.5 million in fines”