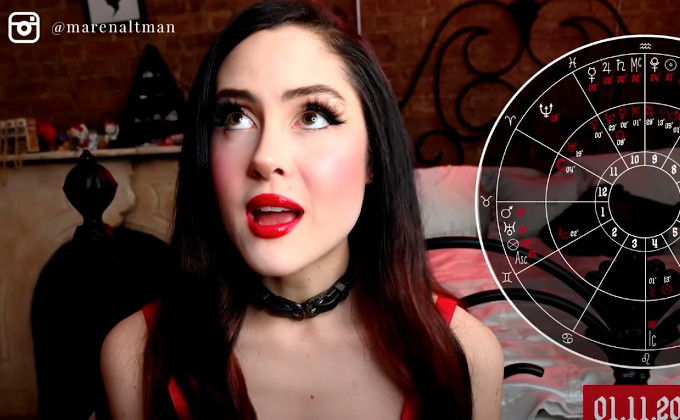 The Biden administration is naming Gary Gensler as the new chair of the SEC. [Reuters] Gensler was the chair of the CFTC from 2009 until 2014 — he helped clean up the mess after the 2008 financial crisis.

Gensler knows precisely how crypto works. He thinks the Ethereum launch was an offering of securities. [New York Times] He wrote an op-ed for CoinDesk, with a headline calling blockchain a “change catalyst,” that made crypto fans think he was one of them — though he actually called it an “innovative irritant” and noted that “Crypto markets have been rife with scams, fraud, hacks and manipulation.” [CoinDesk]

Gensler is also a big fan of regulating hard — see Libra Shrugged, chapter 10. Don’t expect an easy ride, and don’t expect to get away with transparent nonsense. If you want to understand his thinking, watch his July 2019 testimony to the House hearing on Facebook’s Libra — 4:22:30 on. [C-SPAN]

FinCEN has extended the comment period on its proposed regulation to require more documentation on moving cryptos in and out of exchanges. The extension also notes additional legal backing that allows FinCEN to make this regulation. They thank everyone for the “robust” comments. [FinCEN]

That’s as good as money, sir. Those are IOUs. Go ahead and add it up, every cent’s accounted for.

No, I don’t know what’s going to happen when Tether has to deliver its documents by tomorrow. I don’t think a bell is going to strike at 00:01 UTC 15 January and all the tethers in the world turn into pumpkins. I do think this is when the next act of this interminable saga starts.

Ahead of the deadline, Tether CTO Paolo Ardoino and general counsel Stuart Hoegner recorded a podcast with Peter McCormack, explaining Tether to him. (Tether helped pay McCormack’s legal bills when Craig Wright sued him.) The interview didn’t quite alleviate anyone’s fears. [What Bitcoin Did]

Amy Castor put up a transcript noting all the new questions the interview raises. In particular, all those weekend wires to buy tethers? All of Tether’s immediate customers also bank at Deltec Bank in the Bahamas! Which, as it turns out, either doesn’t have $24 billion in assets, or hasn’t reported them to the Central Bank of the Bahamas. [Amy Castor]

(We’ve spent three years on this, and the guy just YouTubed it out.)

Tether critic Bennett Tomlin and Larry Cermak from The Block also did a debate: “Is Tether acting in good faith?” Amy again has a transcript. [Blockchain Debate; Amy Castor]

The European Central Bank calls for Bitcoin to be taken seriously! Well, Christine Lagarde said they needed to regulate its “funny business.” [Reuters]

INSTITUTIONAL ADOPTION! is on hold, because the real-money institutions noticed that Bitcoin is stupidly volatile trash. “Institutional adoption” was always a promotional meme, and every “institution” that bought bitcoins was a HODLer paying company money to cash out … someone’s … stash. [FT, paywalled]

Bitcoin is trivial to cash out! Except in practice. Here’s one customer’s experience at Binance. [Twitter]

El Economista: Why is bitcoin sinking? The “mother of all bubbles” that encouraged ‘tether’ drops by 20% (in Spanish) — by Victor Ventura, who’s been following the Tether saga for a while now. With quotes from me. [El Economista; translation]

“This whole idea of being your own bank — let me put it this way, do you make your own shoes?” said Stefan Thomas, who lost the keys to a USB stick containing $220 million worth of bitcoins. “The reason we have banks is that we don’t want to deal with all those things that banks do.” [New York Times]

The USB stick was an IronKey encrypted flash drive — a device specifically for data that, if you fail 10 guesses at the password, you would rather the data was destroyed. Thomas has had eight wrong guesses at his password so far.

Ripple gave Thomas 1 billion XRP when he left, so he could start Coil. Hope it wasn’t on the same USB stick.

Ex-employee Meg Elison says: “I used to work for this guy and it was like watching a Greek tragedy walk around and eat string cheese.” [Twitter]

Recognising our captains of industry

Crypto marketing entrepreneur Steve Chen is awarded an exclusive 10 year government contract, in recognition of his business excellence in gemstone mining and digital currency with his company USFIA! Chen attracted $147 million in sales of gemstones, then of tokens representing the gemstones, to investors around the world. His fine work was particularly recognised by the IRS and the SEC, as well as the FBI and Homeland Security Investigations. There were apparently some issues with the gemstones never existing. Chen will be free for other contracts in 2031. [Justice Department]

DarkMarket, which was recently the largest darknet market, has been busted and taken down by the German authorities. This turned out to be because the proprietors were basically script kiddies — they used the Eckmar Marketplace software, a white-label darknet market package, which was an awful lump of PHP that was notorious for security problems. The server was leaking IP addresses via the response header “Server: DarkMarkets”. [Europol; Twitter]

The Bud Lite Putsch, on the blockchain

Who says Bitcoin doesn’t have use cases? Some large payments in Bitcoin were sent in December to several far-right figures involved in the 6 January attempted US coup. [Yahoo! News; Chainalysis]

Before Parler was taken down after a violent coup against the United States was plotted on the platform, the whole database was leaked. Parler has had many other security and downtime issues over the years. But I’m sure they all had nothing to do with the CTO, Alexander Blair, being a “Blockchain Engineer,” who never quite realised that 2,147,483,648 — two to the thirty-first power — was a special number in computing, that you should take some care never to bump your head into, such as by using a 32-bit integer as the primary key of your posts database. Blair, who designed the database schema, called this “a limit we weren’t actively aware of.” [Twitter thread]

Twitter blocked its neo-Nazi users long ago in Germany and France, because they were required to do so by law — they even had a special flag on Nazi accounts, marking them as content that couldn’t be shown in those countries.

But finally pressing the button (that they had all along) to ban the Nazis from Twitter altogether, after the Nazi-saturated attempted coup, was so traumatic for CEO Jack Dorsey that he’s going to … put Twitter on a blockchain. [Twitter thread]

(Dorsey has a documented history of going out of his way to protect neo-Nazis on the service — when white nationalist Richard Spencer was kicked off for sockpuppeting, Dorsey “told his team that Mr. Spencer should be allowed to keep one account and stay on the site.” [WSJ, paywalled] This shows Dorsey’s commitment to free speech.)

So, will blockchains help? Says Dorsey: “The reason I have so much passion for #Bitcoin is largely because of the model it demonstrates: a foundational internet technology that is not controlled or influenced by any single individual or entity.” So at least he’s not going to try to use Bitcoin itself. Dorsey has been funding a team to work on this problem since late 2019, called Project Blue Sky. [Twitter]

Like many fabulous new blockchain ideas, Twitter on the blockchain is plausible only if you ignore history. There are any number of open and decentralised messaging standards — all of which foundered because the big providers preferred to run walled gardens instead. Twitter in particular is notorious for arbitrarily screwing over external API users.

So: sounds great, very idealistic! On the other hand, history. On the same other hand, your specific history.

It has been [0] days since the last chartered DeFi rugpull

The Office of the Comptroller of the Currency has conditionally approved crypto custodian Anchorage for a national trust charter for digital assets. The federal charter preempts state charter rules. [OCC; CoinDesk]

Rohan Grey thinks this is a bad idea, though the OCC’s requirements for this sort of thing are broadly along the lines set out by the proposed STABLE Act. [BlockWorks]

DeFi turns all this on its head. It leverages blockchain technology to deliver services with no human intermediation. One example is creating money markets with algorithmically derived interest rates based on supply and demand — rates that traditional banks set by committee.

… Although these “self-driving banks” are new, they are not small. They are likely to be mainstream before self-driving cars start to fly.

This is a fabulous farrago of future hypothetical possibilities on how DeFi can make the world more amazing and wonderful, of the sort where people like me say “but on the other hand, the history of absolutely everything about DeFi, in practice and in theory.”

This editorial makes me even happier that the guy is out the door as of today, 14 January. [OCC]

Daniel Larimer, founder of EOS, has left the project. EOS dropped 30% on the news. [Finance Magnates]

eToro margin traders discover that crypto casinos are as trustworthy as the nocoiners always told them. As the crypto markets got more volatile, traders in contracts for differences (CFDs) were told on Friday 8 January: “If you do not increase the margin to 100%, then the position will be closed at 21:00 GMT today” — four hours’ notice. [CoinDesk]

Aggrieved traders are apparently approaching the Cyprus Securities and Exchange Commission to get eToro’s licence revoked. That is: they are suing over not being allowed to gamble in the manner they were hoping to. [CryptoNews]

“Wrapped Bitcoin” momentarily achieves a market cap of $432 quadrillion — over 1000 times the rest of the world’s economy put together! Sadly, it was just a glitch on CoinMarketCap. [FT Alphaville, free with login]

Who needs Technical Astrology when you can just go straight to the Astrology? Maren Altman predicts Bitcoin prices for you! “Saturn was going to cross Mercury.” [Reuters] Of course, I got there first — “The price went up in a triangular Fibonacci double-reacharound formation, moderated somewhat by both Makemake and Haumea being in Libra.” [Decrypt, 2019]

Alex Pickard: “Most proponents claim bitcoin is an unseizable, censorship-resistant, “digital gold” that provides inflation protection. Of course, like many narratives, this one relies on proponents’ completely ignoring the data.” [Research Affiliates]

Cas Piancey on the career of Jed McCaleb — founder of Mt. Gox and Ripple Labs. [Medium]

I did a podcast for CoinGeek on Libra Shrugged — “The birth pangs of Facebook’s crypto project.” Yes, Bitcoin SV was mentioned. [CoinGeek]

So the reason Bitcoin is down 16% is apparently because they had a bad Q4 earnings call. COVID really hit their business badly, with Earnings Per Coin (EPC) down 40% YoY. Management said they're confident about the pace of recovery going forward but investors aren't convinced.

What inning of the bull market is it when someone pays Lindsay Lohan $350 to pump Bitcoin and Ethereum? pic.twitter.com/a8DtJcXPbQ

i’m just a girl, standing in front of a boy, asking him to stop explaining cryptocurrency to me.