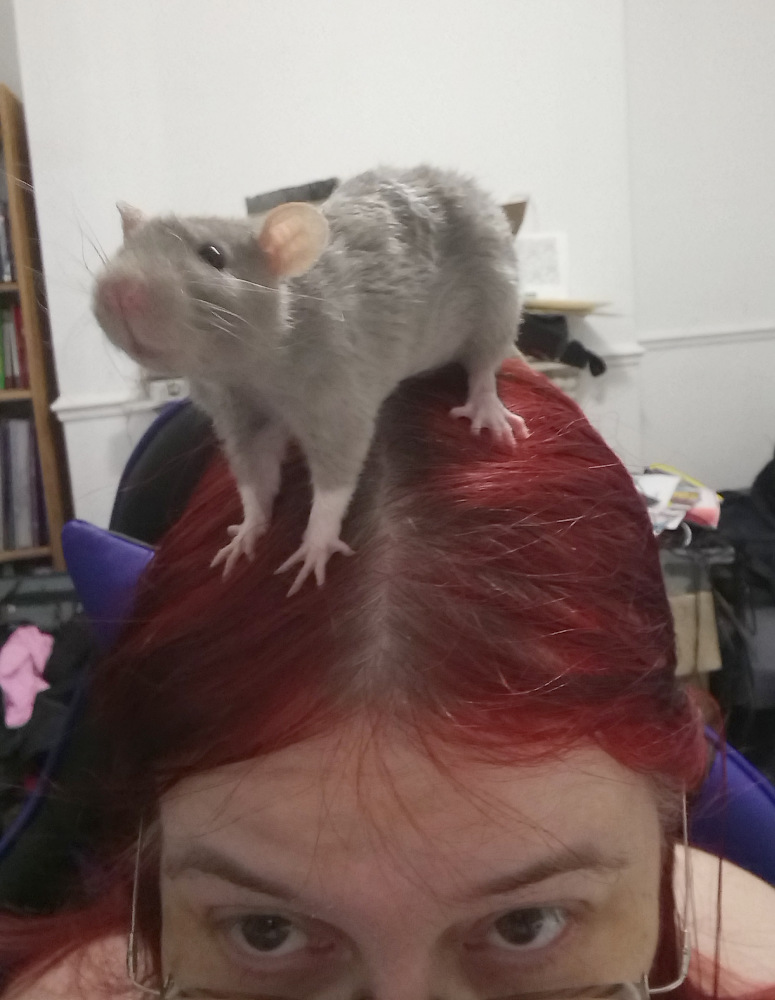 I’m not writing up SushiSwap. That was two weeks ago. We’re on DeFi time now.

Oh, okay. SushiSwap just copied Uniswap’s code, because that’s standard practice now. Then the anonymous dude running it exit scammed. Then everyone came after him, his identity leaked. SUSHI went to 0. Then Sushi came back, and the founder — who’d been traced by pissed-off investors — gave back the money he’d exit-scammed. Sushi is now scamming deals from Uniswap, in some process I’m absolutely not going to do the reading on. You can if you like. [CoinDesk, Finance Magnates, ZDNet, The Block]

Over on FT Alphaville, Caitlin Long from the Wyoming blockchain crew promotes DeFi as being anything other than blithering scam-riddled nonsense — and thinks it should interface more closely to actual money. The commenters (including me) are not buying it, and have correctly identified this as a pitch for running your own do-it-yourself 2008 financial crisis. [FT Alphaville, free with login]

Bitcoin: so good, you have to put it on Ethereum to use it. There’s a total honeypot of 69,836 “wrapped” BTC sitting on Ethereum, for the use of DeFi traders, that’s just one Solidity coding error away from being stolen — sorry, I mean: redistributed to cryptographically more deserving entities, in accordance with code being law. [news.bitcoin.com]

Where does crypto’s endless parade of enthusiastic suckers come from? Here’s a Twitter thread from a DeFi enthusiast — “I have consistently lost money for 3 years to learn one thing that works. I am regularly awake at 4AM to find the next edge. ‘It’s time to find one more thing that works.'” By “next edge,” he means “next hit.” The thread is about the guy winning this time — but you know he’ll have lost it all by the time I post this. [Twitter, archive]

Shocked to hear that yet another DeFi protocol has exit scammed — this time it’s Emerald Mine on EOS. I’m waiting for one they just straight up call “PonziSwap.” [CoinDesk]

Martin Walker: Do we need programmable money? (I’m on the “hahaha no” side myself.) [LSE Business Review]

This short video works to explain #DeFi, tokens, staking, farming & how it all works in as clear a manner as possible.

Over in New York, the judge orders iFinex, yet again, to turn over the Tether loan documents that the New York Attorney General requested two years ago. iFinex’s response is to say “look, that was all so long ago.” [CoinDesk]

This is good news for Tether — because it means any of the money ever existed, right?

I mentioned the Tether default swaps last time — where the Opium crypto derivatives exchange will pay out if the price of Tether drops too low. You can hedge against Tether collapsing!

I found out how this works:

This is the Nigerian 419 Scammer theory of DeFi — it’s so incredibly dumb that only life’s born suckers will even try. Seems to be working so far. [news.bitcoin.com]

The scene: An illegal casino. 2am.
You (examining your winnings more closely): “Hey, this money looks counterfeit!”
The House: “Bet you $200 it’s real money!”
You (opening your wallet): “You’re on! Here’s $200 says you’re paying me in counterfeit!” [spookman, Reddit /r/buttcoin]

"Don't worry, we have top-shelf lawyers and a great compliance plan! A KYC/AML program? Of course we have one!" pic.twitter.com/RLcvjfaNOj

Does anyone know where MicroStrategy bought all their bitcoins? I’m wondering if the over-the-counter deal was Saylor dumping his personal stash on the company.

But if Saylor did that, I’m sure he’d have disclosed it. MicroStrategy and Saylor and two other executives paid the SEC $11 million to settle accounting fraud charges in 2000 — so there’s no doubt he’s more mindful of how to properly run a public company now. [WSJ, 2000, paywalled]

India’s law banning crypto trading is progressing, and should be presented to Parliament soon. [Bloomberg]

I’m going to put a lot of money into three card monte. Everyone I watch who plays it wins: it’s a sure bet.

HitBTC stringently obeys the highest standards of know-your-customer and anti-money-laundering! Especially if you try to withdraw. [Reddit]

HitBTC also take seriously their responsibility not to deal with US customers — by keeping all their money. [Reddit]

Crypto is making new millionaires! Nocoiners are just jealous of their business success. Two Russians, Danil Potekhin and Dmitirii Karasavidi, stole $17 million by phishing crypto exchange users. If you’d had $1000 of Bitcoin in 2011, then in 2020 you’d have $0, because your Binance password got phished. [Krebs On Security]

Slovak cryptocurrency exchange ETERBASE has disclosed a $5.4 million hack. Remember, the blockchain is incredibly secure! Just not any of the stuff you use to interact with it in any meaningful way. [ZDNet]

The EFF calls on Coinbase to issue transparency reports on government requests for customer information. [EFF]

Important message as we enter the next crypto bear market:

Balaji “PiTato” Srinivasan is finally doing talks on his plan to save venture capitalists from journalism by replacing the news media with an extremely large blockchain. No, it isn’t any less silly than the outline of the plan that he tweeted in July. Also, the Slate Star Codex rationalists love it. Srinivasan will apparently be doing a video version some time as well. [Blog post]

Still cleaning up the backlog of ICOs — SEC Charges Film Producer Ryan Felton, Rapper T.I., and Others for Participation in Two Fraudulent ICOs for FLiK and CoinSpark, which ran from August 2017 to June 2018. [SEC]

I covered Unikrn’s Unikoin a couple of years ago — a SAFT, where they didn’t meaningfully check that investors were accredited. It’s been shut down by the SEC — who actually required them to disable the token. [SEC]

Shocked to see that a blockchain project that would have touched something actually important has been kicked into the long grass — UBS’s Utility Settlement Coin wholesale CBDC thing, which started work in 2015, has been delayed. The consortium, Fnality, blames delays in regulatory approval, and says 2021, for sure, maybe. [Reuters]

Central banking, but not on the blockchain

The European Central Bank will be doing a public consultation on the possibility of a “digital Euro” — whatever that will mean in practice. Christine Lagarde, ECB President: “The findings of a Eurosystem taskforce are expected to be presented to the public in the coming weeks, followed by the launch of a public consultation.” [Reuters]

Norges Bank’s CBDC project has posted a status report. It’s refreshingly short and to the point: “ehh who knows maybe, here’s a list of considerations, ask us again next year maybe”. Most CBDC reports end up looking like this, and at least this one’s short. [Norges Bank, PDF]

If you’ve seen talk of Brazil approving a CBDC and WhatsApp Pay, it’s all from this Bloomberg interview with central bank president Robert Campos Neto. He actually says some sort of “digital currency”, and a normal sort of restricted pilot program for WhatsApp. [YouTube]

Sweden abandoning physical cash may be Sweden being weird, rather than the future of money. [VoxEU; Riksbank]

Wait… you do realize that “bank the unbanked” was just a meme, right? pic.twitter.com/WK1zjF4Fo2

Mr. Craig Wright’s motion for summary judgement in Kleiman v. Wright has been denied. The motion from the estate of Dave Kleiman has been granted in part. The decision is 93 pages. Stephen Palley has tweeted a summary. [Omnibus order, PDF; Twitter; case docket]

For those who don’t remember: Craig Wright spent a lot of time in mid-2016 pretending he’d invented Bitcoin — that he was Satoshi Nakamoto. He claimed a conveniently dead guy called Dave Kleiman had assisted him. Kleiman’s estate has said, “if you mined a million bitcoins with Dave … where’s his half?” And that’s how Wright is going to end up owing half a million bitcoins he doesn’t own, to the estate of the guy he didn’t create Bitcoin with. The case goes to trial in January 2021.

Let me make clear — I fully accept that I could be incorrect in saying that Wright didn’t invent Bitcoin. So I invite Wright to move a Satoshi bitcoin — as he has repeatedly claimed he can — and prove me wrong.

The EU is creating a new college of supervisors to regulate “significant” digital currencies — such as Libra, and Libra, and also Libra. Bitcoin is affected, but the big push for this appears to be in response to Libra. [Euractiv; Reuters; Politico, PDF]

The Libra Association has a new member — Blockchain Capital. [Libra]

Senator Mike Crapo (R-ID) seeks clarification from the Office of the Comptroller of the Currency on their recent flirtations with cryptocurrency. Crapo is well acquainted with the dangers of crypto nonsense touching the real economy, and got stuck into Libra last year. [The Block]

The completely nuts story of the BitSonar scam: How A Ponzi Scheme Whistle-Blower Was Taken By His Own Government. This video is well worth ten minutes of your time. [YouTube]

I suppose they know their market — bitcoin.com will now sell you lottery tickets, and you can pay in cryptos. [news.bitcoin.com, Reddit]

In science, there are no stupid questions. But there are some stupid people. Question to a physicist: (1:18:19) “I geek out on blockchain. And it’s a bit off-topic but … could we use blockchain to travel back from the future?” [YouTube]

It has been [0] days since a cartoon clowned on Bitcoin. [Twitter]

Everyone talks about the sucker who sits down at the poker table and doesn’t realize they’re it. But the real suckers are the people who sit down at a table and don’t realize that what’s being played is poker.

If you hang out in crypto telegram groups long enough there are people who message you who want to scam you somehow, going to see how this one goes pic.twitter.com/A7w1jL66rB