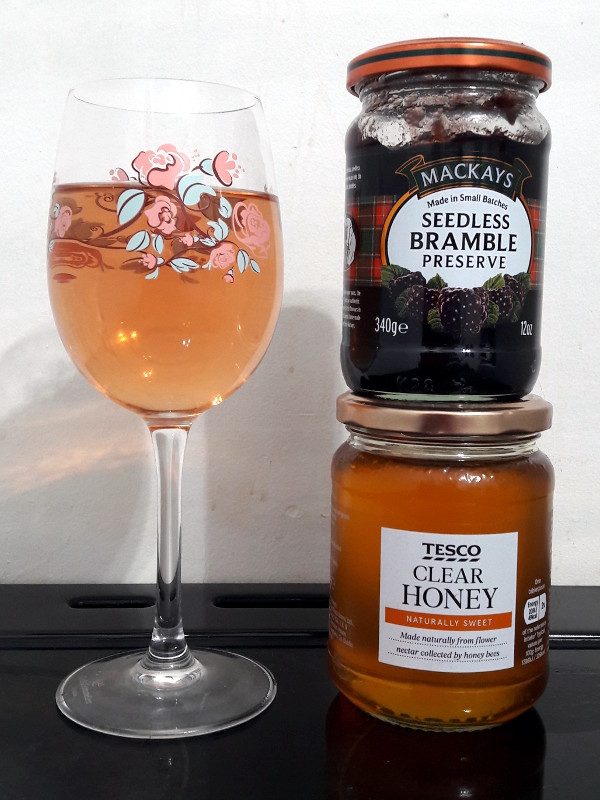 Bitcoin in the enterprise! #adoption #moon

Did you know that Uber invested $100,000 into bitcoins in 2016, so they could get into Bitcoin’s most popular enterprise use case? Your personal data is completely safe — the executive who signed off on paying the ransomware required the hackers to sign a non-disclosure agreement! So that’s all right, then. [FT, paywalled]

The UK’s largest supermarket chain participates in a blockchain food safety project! Nigel Wright, a farmer who used to be a local councillor and was a failed UKIP Parliamentary candidate, tried blackmailing Tesco for £1.4 million in bitcoins, with claims of having put shards of metal into baby food. He claimed to be part of a group of farmers angry at the low price of milk.

BLACKMAILER: Give me bitcoins or I won’t tell you which baby food I poisoned!
SUPERMARKET: (recalls products, goes straight to the police)
BLACKMAILER: Pay me the ransom in Bitcoin, it’s completely anonymous.
POLICE: Certainly — let’s meet in person, so we can hand you the untraceable cryptocurrency in full view of a surveillance camera.
BLACKMAILER: That sounds like a good idea. [Grimsby Telegraph, Guardian]

And I’m shocked, shocked to see that Bitcoin fan Greenberg also has six charges against him related to sex with an underage girl. How does this sort of coincidence keep happening in Bitcoin? [Orlando Sentinel, archive]

This is pretty much the exact same thing as an audit, so that’s good. pic.twitter.com/5k6KRJtJoa

US prosecutors have filed a list of asset forfeitures in the case against Reggie Fowler, Bitfinex/Tether’s US money mule. Fowler has 56 bank accounts around the world, under various company names. [Decrypt; Forfeiture Bill of Particulars, PDF; case docket]

Tether now does more on-chain volume than Bitcoin. Not surprising, given they just broke thirteen billion USDT in circulation. Tethers have been issued this year faster than bitcoins are actually mined. Any crypto press that talks about the Bitcoin price and doesn’t mention Tether issuance every time, is trying to con you. [Bitcoin Exchange Guide; Tether Transparency, archive of 27 August]

New from Coinbase: the Bitcoin payday loan experience! For the sort of HODLer who unironically says “wagecuck,” but is temporarily embarrassed by his own lack of an actualmoney-paying job. I wonder what the rate of loan defaults is like so far. [Coinbase]

The strong similarities between the Bitcoin subculture and QAnon. [FT Alphaville, free with login]

Whenever Bitcoin’s crime-against-humanity energy expenditure is brought up, one of the dumb things bitcoiners will respond with is “but what about gold mining, huh?” And never mind that gold has just been another shiny rock since 1971. J. P Koning correctly suggests that we should stop mining gold too. The outraged goldbugs in the comments will remind you of bitcoiners. [Moneyness]

"I never even called myself a maximalist"

His hat selling business will come to an end pic.twitter.com/t4GcazAIKS

Good news for … those other coins

Good news for Ethereum! JP Morgan dumps their Quorum enterprise Ethereum software on Consensys, who might give a hoot, or might not. It’s not clear what Consensys have bought — the name? And some engineers have apparently moved over. [Press release; CoinDesk]

JP Morgan also made a “strategic investment” in Consensys, of undisclosed size, and will apparently use Consensys when they need any work done on their remaining Quorum deployments. “JPMorgan is doubling down on Ethereum technology,” says Joe Lubin, presumably in the sense of “getting the hell rid of it.” Consensys also talked up JPMCoin, JP Morgan’s internal private US dollar stablecoin thing, which is apparently not technically dead yet. [Twitter]

The epic story of Justin Sun’s failed takeover of Steem, by Tim Copeland — who also has a Twitter thread of his notes on the story. The case docket is quite a read (and cheers to Nikilhesh De of CoinDesk, who paid for most of the filings on PACER). [Decrypt; Twitter; case docket]

DAVE PORTNOY: “I love crypto, you can pump and dump!”
PORTNOY: (hit by his very first dump)
PORTNOY: “SELL EVERYTHING” [CoinTelegraph]

How this goes for Portnoy depends how subtle and nuanced the CFTC are in their appreciation of fratboy comedy video streams that satirically advise you to do crimes with real money. [Decrypt]

To get to the other side of the road. https://t.co/9s63XWmzWg

Curve CEO and founder Michael Egorov took over 71% of the voting power for Curve’s “DAO” — which would conventionally be initials for “decentralised autonomous organisation.” I guess he realised that a truly decentralised smart contract was a very foolish idea that had failed spectacularly and hilariously in the past. Nice of him to make it clear that he’s the touchable entity with legal responsibility for whatever shenanigans happen on Curve. [Decrypt]

Or there are the state regulators, of course — the New Jersey Bureau of Securities has filed a cease and desist on the Unocall DeFi platform, on the grounds that both its ICO and its staking are unregistered securities. As both of them incredibly, blatantly are. [NJ Consumer Affairs, PDF]

If anyone says that they have engineered risk out of finance there’s a tranche of mortgage backed securitIes from January 2008 I’d like to sell then. https://t.co/nKSsW9DPvd

Caroline A. Crenshaw and Hester M. Peirce have been sworn in as SEC Commissioners. Peirce is a massive fan of ICOs, and of cryptos in general; I can’t find anywhere Crenshaw has spoken of them. [SEC press release]

The SEC sensibly widens the definition of “accredited investor” to include people who have the training and experience to know their stuff, not just rich people. This makes little difference in practice — you’d basically have to be an investment banker to pass the new rules, and most of them would already qualify on net worth and income. But it’s an ongoing process — striking the right balance between not letting mom-and-dad investors get skinned, versus the inalienable right to be a huge dumbass. Peirce has long wanted open slather. [SEC press release]

For comparison, the UK equivalent “sophisticated investor” definition allows you to self-certify as sophisticated — which is open slather for anyone to throw their money onto a fire, if they’re willing to lie about their experience. I’m actually surprised there wasn’t a lot of this during the 2017 ICO craze. There’s also a “restricted investor” classification, where you swear you won’t put more than 10% of your net worth into magic bean offerings. [FCA; FCA]

The IRS has put up a discussion draft of its proposed personal tax form 1040 for 2020. The very first question after you fill in your name and address is: “At any time during 2020, did you receive, sell, send, exchange, or otherwise acquire any financial interest in any virtual currency?” [IRS, PDF]

The G30 group of bankers, economists and financiers has published a report on stablecoins — Tether as well as Libra! — and CBDCs. [G30, PDF]

The Block has a nice research report on the current state of CBDCs, and it’s not paywalled. Libra is covered. [The Block]

There’s no news from Libra.

After my acerbic words about Block.One’s EOS-based social network Voice, Robrigo from Voice kindly gave me an early-bird access code to try it out!

I get my email from Voice, and I go to create my account! … oh, you can only do that in the phone app. OK, put the app onto my phone. Carefully copy the account creation code by hand.

Voice doesn’t want full Know-Your-Customer to use EOS Twitter any more — but it does want a selfie, to verify that I’m human. No, I can’t upload a picture of my choice. Fine, I take a crappy prison-mugshot potato-quality selfie.

Voice generates a password for me, which is a long string of random characters. I cut’n’paste this to a Google document — because if I lose this, my account is gone. But! I have my account!

Voice tells me that its Android functionality is limited — remember that it required me to use a phone to create the account — and I should use the web version. Good thing I trusted my password to Google, hey.

I go to change my avatar from the crappy selfie, and my password from the string of gibberish … whoops, neither functionality has been implemented yet!

At this point, I didn’t really see a reason to go further at this stage with voice.com. Robrigo went “ouch” at my experience, but acknowledged they’re painfully aware all this stuff is lacking, and it’s on the way.

Voice.com tag line: “Social as it should be.”

By the way: the company Block.One paid $30 million for the voice.com domain name was MicroStrategy — the same one whose owner recently spent $250 million of its cash pile on bitcoins. 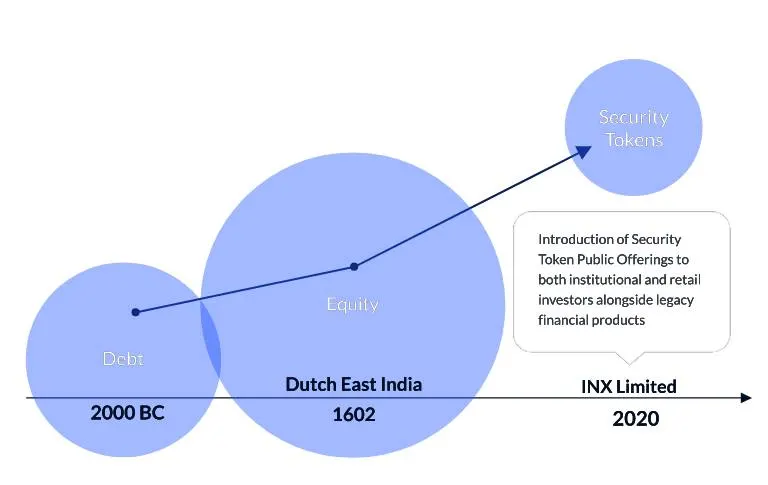 RMIT University’s Blockchain Unit is as good at making friends as it is technically knowledgeable and effective! The unit pumps out substanceless reprocessed blockchain bafflegab, is closely linked to weird libertarian thinktank the Institute of Public Affairs, and soaks up remarkable amounts of money from RMIT itself — and other staff are wondering what the heck is going on in there, particularly given recent job cuts. [Guardian]

Curious edits to the Wikipedia page for Brad Garlinghouse, Ripple Labs CEO, have made it to FT Alphaville. [FT Alphaville, free with login]

Blockchain, the amazing solution for almost nothing. “It seems that blockchain sounds best in a PowerPoint slide. Most blockchain projects don’t make it past a press release” [The Correspondent]

The F-Plus Podcast: All of the material in this episode was sourced by searching BitcoinTalk for the word “female”. [F-Plus, podcast]

Half the journalists I know in the industry started off enthusiastic and left in disgust within a year. https://t.co/sBAN2ClDm5

I just want to briefly imagine that this is a new writer on a tight deadline with no training who has looked at a stock chart for the first time pic.twitter.com/fHgKPsPtoT