In a speech at the International Blockchain Congress in Chicago on Thursday 6 February, SEC Commissioner Hester Peirce proposed a three-year “safe harbor” for ICO token issuances.

Peirce proposed a three-year exemption from present securities laws for projects that registered and gave certain disclosures — but a far less onerous list than is presently required for a securities offering, or even a Regulation A+ or Regulation Crowdfunding offering — where the token is, eventually, sufficiently decentralised that it isn’t a security under the Howey test. [SEC transcript and proposal]

The trouble is that the ICO field is — fundamentally, by its nature — scammy nonsense as far as the eye can see.

Also, the proposal assumes that blockchains are magic, and it turns out they aren’t — and that ICOs have, in practice, been a vehicle for old scams with a fresh coat of paint.

How big an exit scam could you set up, given three years free? 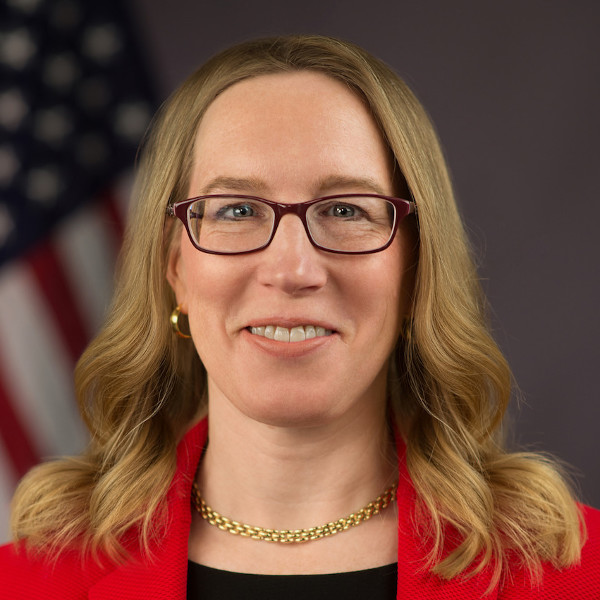 Where Peirce is coming from on this

There’s a founding myth of cryptocurrency, dating back to the release of Bitcoin 0.1, that governments could never tolerate the existence of cryptocurrency, and would bring the statist jackboot down as soon as they heard of it — I discuss this in chapter 3 of Attack of the 50 Foot Blockchain.

This is, of course, not how anything works in the real world. Part 3 of the SEC’s mission statement is: “Facilitate capital formation.” The SEC literally sees its job as helping you put together a great big pile of money! [SEC]

But part 2 is “Maintain fair, orderly and efficient markets” — and part 1 is “Protect investors.”

The SEC was formed in response to the functionally unregulated stock market of the 1920s — a meat-grinder for retail investors. Everyone reading this should check out the book Reminiscences of a Stock Operator, from 1923 — the shenanigans will be hauntingly familiar to anyone who’s followed the ICO market. [full book scan, Amazon US, Amazon UK]

The rules exist for good reason — and there’s always going to be an ongoing dialectic between protection and freedom. It feels unfair to say that only the rich can get richer — but opening up the rules whenever someone comes up with a new twist on old scams leads, way too often, to mum-and-dad investors getting skinned.

Peirce is on the libertarian side — before the SEC, she was director of the Financial Markets Working Group at the Mercatus Center at George Mason University, a free-market think tank subsidised by Koch Industries. Her ideas are well in tune with the cryptocurrency subculture.

The “Hinman Test” of decentralisation

Hinman’s example was Ethereum — which started as a crowdfunding to buy cheap ETH, but now runs as a somewhat decentralised network. (Even as some Ethereum founders still run network-critical infrastructure.)

SEC chairman Jay Clayton said that he agreed with Hinman’s thinking along these lines, in a September 2018 letter to Congressman Ted Budd. [CoinCenter]

The “Hinman test” has been brought up as a defence in cases brought by the SEC against Kik and Telegram — neither of which has shown that their networks are or will be “sufficiently decentralized,” nor that that defends against the charge of offering what were blatantly unregistered securities to the retail market. It’s not at all clear that the “Hinman test” will fly in practice.

However, a solid legal definition of “sufficiently decentralized” would probably be a useful thing to have.

Why Peirce’s proposal is a useless and terrible idea

Peirce shows no awareness of the one fact that overwhelms all discussion of regulation for ICOs — they were pretty much all scams. Straight-up. The field was literally composed of BS.

ICOs were precisely the sort of scammy nonsense the SEC was literally constituted to address. Treating these things as the unregulated penny-stock offerings they so obviously are is the minimum reasonable response.

Peirce’s plan seems to describe some sort of hypothetical non-scammy ICO — with a white paper idea that isn’t inane nonsense, done by a team who exist and aren’t just stolen stock image photos or pay-for-play crypto-celebrity endorsements. (I told you how I got offered one of those.)

I mean, that’s great! But it’s not something we’re overflowing with examples of — because ICOs are a scam festival.

Where are Peirce’s examples of tokens that she likes that were unduly maligned? This list is conspicuous by its absence. Other jurisdictions exist, not hampered by US securities laws — there should be plenty of real-world examples of the sort of success Peirce wants to emulate.

The crypto people advocating Peirce’s proposal as good news for … someone … are conspicuously not coming up with convincing lists of unfairly-hampered tokens either. Not even non-US examples. The closest I’ve heard so far is Ethereum’s initial crowdfunding, and personally I think that absolutely should have been busted under the Howey test.

ICOs could only work while number was going up. That was the entire offering.

I think I’ve literally never seen an ICO white paper idea that wasn’t palpable nonsense. But the white papers didn’t matter — the thing on offer was always “number is going up, get in while the getting’s good.”

(This led to hilarity with ICOs like CryoGen, which I wrote up in 2017. Kriorus did precisely and only what they said they would, and did not at any point promise returns on the tokens as an investment, or even that the tokens would be listed on an exchange — they just posted about the ICO to the Bitcointalk board where other ICOs were making that sort of promise, and left the readers to assume this would be another of those. Buyers were outraged that the implicit promise of them getting rich for free wasn’t followed. But at least they can use their CryoGen tokens to pay for freezing their heads.)

What gaping need does Peirce’s plan fill? None that I can see, and none she’s made clear.

Probably not much, actually.

This is one commissioner’s proposal. On previous crypto proposals, such as Bitcoin ETFs, Peirce has typically been the sole commissioner in favour — with the others opposed to the obviously terrible nonsense.

The Kik and Telegram cases continue — Kik is broke, but Telegram is well-resourced. These cases may address the notion of “sufficiently decentralized” — or they may not.

Peirce is finishing at the SEC in June. So whether this goes anywhere really depends who replaces her — and whether they can convince the other commissioners.