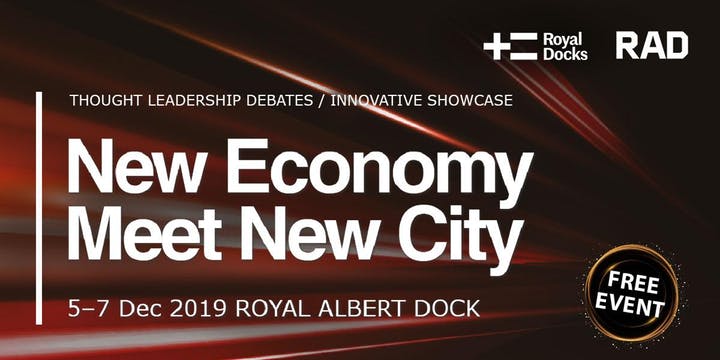 Libra — we’re not dead yet! Outside developers have been making blockchain explorers, wallets and so on. I asked if there were non-Facebook companies putting staff, money or engineering effort into Libra — and was told that this totally counted.

There’s a bipartisan bill in US Congress to firmly rule that managed stablecoins — they mean Libra — are securities. Sylvia Garcia (D-TX) and Lance Gooden (R-TX) are pretty sure that Libra-like tokens would be securities already — it was immediately obvious that this would constitute an exchange-traded fund or synthetic foreign-exchange derivative — but they want to nail it down. Whether this has legs depends how deeply pissed off the government is at Facebook, and the whole House Financial Services Committee pretty much is, so …

The EU is ready to “prevent the development” of risky digital currencies — they mean Libra — until all concerns have been addressed. So, never then.

Central banks are responding to Libra — the Bank for International Settlements (the central bank for central banks) has tapped Benoît Cœuré, formerly of the European Central bank, to head up a new “Innovation Hub.” They’ll be working on a central bank digital currency that runs on “so-called distributed ledger technology” for settlements between banks. The following paragraph should fully communicate that this is going nowhere useful:

In Hong Kong, the hub will work with local monetary authorities on ventures to solve supply chain problems. And in Singapore, it will look to apply its resources to so-called “suptech” — regulation and supervision innovation — utilising big data and artificial intelligence.

The Fed has no plans to follow suit — “we are not currently developing a central bank digital currency.” They’re more interested in their FedNow real-time gross settlement initiative, which will fix a huge range of problems with US consumer banking, and immediately obsolete Venmo.

Is there are a new term for open source projects that have prematurely massive governance structures for what amounts to a few hundred lines of code that no one uses?

FinCEN will now be strictly enforcing anti-money laundering rules for cryptocurrency transactions — just as they told you they were in May. The FATF travel rule applies to “convertible virtual currencies” — that is, cryptos.

The crypto industry was “confused” by the May ruling, in the evident belief that it wouldn’t apply to them if they just wished hard enough — FinCEN Director Kenneth A. Blanco told the crypto industry, in a speech on Friday, to stop pretending not to understand these really pretty simple concepts.

Blanco said “accepting and transmitting activity denominated in stablecoins makes you a money transmitter under the BSA. It does not matter if the stablecoin is backed by a currency, a commodity, or even an algorithm — the rules are the same. To that point, administrators of stablecoins have to register as MSBs with FinCEN” — he means all the others as well, not just Libra.

Remember that FinCEN has been dealing with “stablecoins” since the early 2000s — but back then, they were called “e-Gold” or “Liberty Reserve.”

The BSA and FinCEN are, have been and will remain the 10,000 pound elephant for crypto for the next 2 to 3 years.

The People’s Bank of China pushed the crypto exchanges out of the country in late 2017 — but, after Xi Jinping’s speech last month, there’s been a new “blockchain” frenzy. So the PBOC will be pushing the remaining trading out — and shutting down any such “essentially unauthorised illegal public financing,” as it discovers it.  They worry that cryptos are a threat to financial stability — “Investors should be careful not to mix blockchain technology with virtual currency.” Good luck with that one, given that being a bit like magical internet money is literally the selling point of “blockchain.”

There are 32,000 “blockchain” companies in China — and less than 10% of them use the technology in any way.

Blockchain voting is like some parody idea of “worst possible use for a blockchain.” Angela Walch does a nice talk summary — “Exploits are incredibly cheap (estimates $60k Android zero day), very hard to detect, and may be removed without a trace. So many parties to trust along the way … many potential points of failure.” See also this lovely paper from May this year: What We Don’t Know About the Voatz “Blockchain” Internet Voting System.

After two years, AXA cancels its much-vaunted blockchain insurance experiment, Fizzy. 434 total transactions of any sort went through the smart contract in the life of the experiment. It’s not clear any real money was involved at any point.

Another insurance on the blockchain story — I Learned How Much We Need Blockchain From A Falling Branch Destroying My Car. I urge you to read all the way through — this one has the good ending.

An ICO for … chess? “Sure why not,” as Matt Levine would say. World Chess will issue security tokens — a digital representation of equity — at “hundreds of dollars” apiece using “blockchain technology.” The idea is to get a London Stock Exchange listing on AIM, at which point the tokens are converted into listed shares. They plan to turn chess into a popular e-sport, apparently.

Valery Kovalevskiy, a dog breeder in Wollongong, New South Wales, Australia, got a federal grant of AUD$205,000 for an aquaculture project, under the Regional Jobs and Investment Packages scheme. He had no comment for the Guardian journalists who discovered his ICO, iAqua — in which his company, which is literally called All T&A Consulting Pty Ltd, asked for AUD$5 million — 4 million Aqua Tokens, at AUD$1.40 each — to build a “large scale, sustainable freshwater aquaculture facility.” The return from the Aqua Token would depend on the sale price of 100 grams of Murray cod. The ICO was cancelled.

That’s the main reason we only do a modest amount of research in the field. Digital money is an interesting problem to study. People who promote digital money are not interested in solving that problem. They’re interested in getting rich in the major non-digital currencies.

Patrick McKenzie walks you through the S-1 filing for Silvergate Bank — the first national bank of crypto. The US exchanges solve their cash interchange problems by … all banking at the same bank. Decentralised!

Tether has put in a pre-motion, asking to put in a motion to dismiss as frivolous the class action suit against Bitfinex/Tether for manipulating the price of Bitcoin in 2017. (Pre-motions are unusual, but not unheard-of — some courts and judges prefer them.)

“Bitcoin Comes Untethered,” from Paul Vigna at the Wall Street Journal, is a good 20-minute explainer on the fuss about Tether as a way to manipulate the price of Bitcoin. One thing they don’t cover — that there has never been a verified redemption of tethers.

The Crypto Space Has Shockingly Low Total Liquidity of $500 Million or Less, and Numerous ‘top’ Exchanges Caught Faking Their Volume — DID I TELL YOU SO REPEATEDLY OVER THE PAST TWO YEARS, WHY YES I BELIEVE I DID INDEED DO THAT THING. This is just the liquidity of cryptos they’re looking at, too — nothing to do with actual dollars.

The usual counterargument when someone brings up how incredibly awful the observable crypto markets are is for true believers to say “OTC” — they appeal to an invisible iceberg of over-the-counter trading. The visible data looks terrible, and has looked terrible since the 2017 bubble popped — and the behaviour of the markets is just as if the visible data is telling the truth — but apparently there’s all this healthy high-volume trading, and institutional customers with real dollars, just out of the frame? Despite zero evidence for it having any effect. You can’t prove it isn’t true!

Franz J. Hinzen, Kose John, Fahad Saleh: Bitcoin’s Fatal Flaw: The Limited Adoption Problem. “We demonstrate theoretically that this limited adoption arises as an inescapable equilibrium outcome rather than as a transient feature. We establish such a result for a wide class of blockchains that employ Proof-of-Work. Our results arise due to three features: (1) an artificial supply constraint, (2) free entry to the validator network,and (3) a need for consensus. Network delay precludes relaxing the supply constraint as a solution.”

Is bitcoin really an “uncorrelated safe haven”? Of course it bloody isn’t — “uncorrelated” and “safe haven” contradict each other — you’re just saying words that you think sound like good news for Bitcoin.

No, the Royal Bank of Canada isn’t starting a crypto exchange, you hopium-addled idiots.

Investors want liquidity at entry and liquidity on exit. Very few coins have credible liquidity to be good investments. pic.twitter.com/3kXgn3NWjV

The IRS is eyeing up Bitcoin ATMs.

The Block is now so JavaScript-heavy that not only can archiving sites not save anything, even Firefox can’t save the text. When you ARCHIVE THAT STUFF — as you should always do with crypto sources — you’ll need to resort to “print to PDF.”

Password data for 2.2 million users of cryptocurrency and gaming sites has been dumped online. LOL — I mean, what a terrible thing to happen!

Check any Monero binaries you downloaded from getmonero.org in the past week — some compromised binaries were uploaded.

What to do if your date brings up Bitcoin: A guide for ladies. Obviously this never happened — leaving the basement? A female might steal your vital essence!

all I’m saying ladies is that if he brings up bitcoin or blockchain unprompted in the first date there shouldn’t be a second.

It's a movie. She's trying to summarise the fork of Ethereum and Ethereum Classic for a non technical audience.

The whole decentralization experiment is really just an attempt to figure out what's the maximum amount of control I can maintain over a system without having any legal accountability over what happens to it.

sir, you have defamed a wonderful project by not realizing that it's #blockchain, not #bitcoin. and the comprehensive list of the problems *blockchain* solves better than traditional databases, programming languages, ledgers, supply chains, etc., is actually: