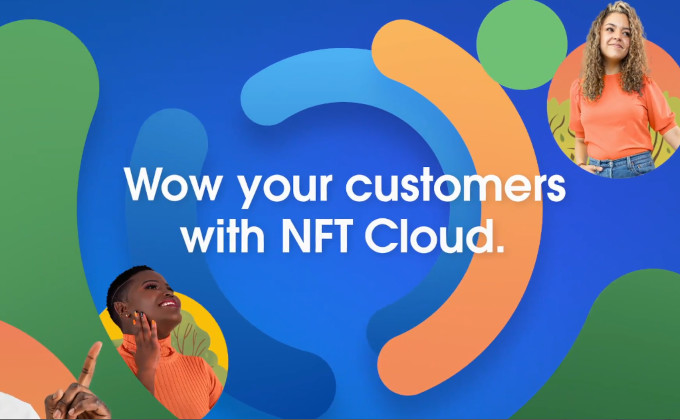 Put your claim into Tempo House

Salesforce is a business services company. Their market is medium to large companies — they sell business intelligence, customer relationship management, identity services and so on. My day job uses Salesforce; their stuff isn’t perfect, but it’s more useful than not.

Late last year, a C-level executive at Salesforce got a crypto bee in his bonnet … and decided that NFTs were the hot new thing to get into.

Salesforce wouldn’t do NFTs itself — its business is selling the shovels. So instead, Salesforce would provide a white-label NFT marketplace to other businesses! This was hugely controversial internally, with engineers ready to walk.

After months of work, the project was finally released … in June 2022, when the Web3 venture capitalists had already stopped pretending the NFT market wasn’t dead. The pilot offering uses an unspecified proof-of-stake blockchain, and offers to buy carbon credits for you. Pricing is not publicly available — “Connect with your account executive to learn more.” [TechCrunch; NFT Cloud]

Salesforce previously introduced a blockchain product in 2019. Nobody cared then either. [TechCrunch, 2019]

Your brain is Game Boy

Gamers loathe NFTs. They’re already sick of loot boxes, pay-to-win and other attempts by the game companies to grift the players, and NFTs were the last straw.

Indie developers were outraged, and threatened to boycott BIG over the crypto sponsorship. Developer Mark Venturelli decided to appear nevertheless, and did a talk … called “Why NFTs are a nightmare.” He revealed his talk’s real title a few minutes in. The sponsors were outraged, and attempted to get his talk cut off — but the organisers, who’d reviewed the slides beforehand, let it keep going. [PCGamer]

Here’s the talk, and an English translation of Venturelli’s slides. [YouTube, in Portuguese, with English subtitles; Google Docs]

Saw the Holy Ghost I swear on the screen

There can’t ever have been any such thing as Second Life, or all this Metaverse hype would just be stupid.

Metaverse games are going down the toilet. “GameFi” (what a cursed term) activity on Ethereum dropped by 96% from November 2021 to June 2022. [Bitcoinist]

Microsoft doesn’t want NFT trading in Minecraft. “The speculative pricing and investment mentality around NFTs takes the focus away from playing the game and encourages profiteering, which we think is inconsistent with the long-term joy and success of our players.” [Mojang]

NFT Worlds wanted to do “decentralised gaming metaverses” in Minecraft. On Microsoft’s announcement, NFT Worlds’ NFTs dropped to a third of their previous price. NFT Worlds has warned that this move may have “painful downstream effects” in the future for Microsoft. Oh no! NFT Worlds’ tweet was a screenshot of a post to their Discord. [Twitter]

Author Neal Stephenson — who coined the word “Metaverse” — has accepted a dump truck full of ETH being backed up to his house. He’s working on a Metaverse project called Lamina1 with bitcoin old-timer Peter Vessenes. Remember: only buy your Torment Nexus from the original creator! [CoinDesk; press release]

Remember Stephenson’s kickstarted virtual reality game Clang, from 2012? I bet the people who gave him money sure do. [Wired]

Yuga Labs, the company behind the Bored Ape Yacht Club, is launching its Metaverse game, Otherside! 4,500 Bored Ape holders logged on to experience … an hour-long scripted demo. “The users were all suited up as multicolored robot avatars, with only a single Bored Ape in sight, albeit a very large one.” The first gameplay demo showcased “a 4,500 vs. 1 boss fight.” Yuga had previously sold 55,000 plots of virtual land in Otherside. The game isn’t finished yet, and there’s no solid launch date. [TechCrunch]

All my apes, decentralised — there have been multiple thefts of Bored Apes in May and June. “This article has been updated because even more apes were stolen.” [New York Times; Slate]

Oh no! The Bored Ape themed restaurant … no longer accepts payments in crypto. Your ApeCoin is no good here, sir. [LA Times]

Law firm Scott and Scott has spotted an opportunity for a securities class action suit against Yuga Labs. Their claim will be that that the Bored Ape NFTs themselves constituted an investment contract, hence an unregistered offering of securities to the retail public under the Howey test. Also Apecoin, which is more obviously the sort of thing that’s been found to be a security in the past. Even if they’re not securities, any material misrepresentation on Yuga Labs’ part could be used to make a case for wire fraud. This case is entirely prospective so far — Scott and Scott don’t have any plaintiffs as yet. [Scott+Scott; Artnet News]

How flair is punished

NBA Top Shot was the only mainstream NFT project ever to get the interest of any of the general public. It suffered from Dapper Labs’ apparent unwillingness to actually pay out traders the money they’d made from sales on the platform.

A lot of Top Shot traders became early Bored Apes traders. “Some people left Top Shot and bought a bunch of cats and apes and stuff and became millionaires. And the people that stuck to Top Shot lost money. There’s no easy way to say that.” [The Verge]

A group of NBA players formed their own NFT project, separate from Top Shot, called Players Only. The project roadmap promised all sorts of interactions with the players — who never showed up for events, or even for Zoom meetups — and signed merchandise, which didn’t happen either.

The project creators announced in May that they would be “stepping back on the project.” ZachXBT calls Players Only “a $1.4m NFT rug pull.” [Web 3 Is Going Great; Twitter]

Former AFL footballer Ricky Jackson and his son Corey have been hitting the sports NFT markets hard, and racked up a string of failed ventures.

Sportemon Go launched in June 2021. The Jacksons promised a vast array of endorsement deals, international club partnerships, fan experiences and an NFT marketplace. Sportemon Go had its own crypto-token as well, SGO.

Back in reality, only a few NFTs were ever issued, and SGO crashed. The company dumped SGO on its suckers to pay the bills.

“Ricky Jackson and his son Corey now have a bunch of other crypto-based ventures in the works. These include a virtual greyhound racing game where you can purchase an NFT dog, and an algorithmic stable coin project that they say will give former Sportemon Go holders 100 times returns on the value of their old coins after five years.” [SBS]

Crypto has its tendrils into English Premier League football. “Of last season’s 20 Premier League clubs, all of them but one have at least one cryptocurrency sponsor and some have several.” (The exception is Brighton and Hove Albion — though they did have a sponsorship from crypto futures brokerage eToro for a while.) The clubs mostly sign up to do NFTs and “fan token” deals with crypto company Socios. [The Athletic]

I’ve got this letter before me. It’s buff with a confidential seal

Borisovs says he was first contacted in October 2021 by the State Security Service over his NFT sales. His bank accounts were frozen on 10 February 2022. He says the police “refused” to contact him. In May, he found out he was under criminal investigation for money laundering. Borisovs says the police want him to show the origin of funds for every buyer of one of his NFTs. [Twitter]

But the authorities aren’t accusing Borisov of tax evasion — they’re accusing him of money laundering. And money launderers understand how important it is that you pay, and even overpay, your taxes.

Borisovs alleges extensive incompetence and malfeasance by the authorities. This all could involve corruption at every level of the law in Latvia — but it could, at the same time, involve laundering millions of euros through the NFT markets. And you don’t usually detail every step of a money laundering investigation to your suspect.

Coinbase goes to the movies

Who on earth at Coinbase thought this Apecoin ad was a good idea. [Twitter]

THE DEGEN TRILOGY: PART ONE

Here's a first look at what we've been building with the community 👀📽️ pic.twitter.com/RSV6McnMlw

OpenSea, the largest NFT marketplace, has laid off 20% of their staff. They announced this by tweeting a screenshot from their Discord. [Twitter]

My NFT market, it is very sick. But Christie’s is determined to ride NFTs into the ground and below. They’re starting Christie’s Ventures, “to supply seed funding to young companies whose technologies could ultimately help collectors buy and sell more art, digital or otherwise.” Christie’s has already invested in LayerZero, which endeavours to move NFTs across different blockchains. [WSJ, paywalled]

NFTs are subject to sales tax in the state of Washington. [Department of Revenue]

NFT NYC was a roaring “ehh whatever” of a conference. But it did send attendees home with COVID. Amy Castor wrote up the “Huge Cry Fest” for Artnet. [NFTEvening; Artnet]

Chevrolet got into NFTs, with an NFT of its 2023 Corvette Z06 — including the car! It got zero bids. This was probably because the NFT was being sold for about twice the new sticker price of the car without an NFT. Still foolishly thinking that the NFT market was a thing that existed, Chevrolet even extended the auction by 24 hours. [SuperRare; Corvette Blogger]

No, a UK judge didn’t actually rule that NFTs are property. One of the lawyers involved wrote a breathless blog post on the subject in April, before the judgement was released. [36 Group] Specifically, the lawyer’s claim that the court recognised NFTs “as a specific class of cryptoassets, distinct from cryptocurrency due to their non-fungible unique nature” is not true — the judge did not distinguish NFTs as a special kind of property. There is still no law linking an NFT token to the asset it points to, without an additional specific contract or licence to this effect. [Artnet; judgement]

Mike “Beeple” Winkelmann sold a JPEG for $69 million in March 2021. These days he’s still making art — and getting into physically-existing stuff — but without having to work a day job. The article also stresses that Winkelmann is “fiscally conservative,” which sounds like he wouldn’t shut up about it to the interviewer. [Vulture]

FT Alphaville writes on Vitalik Buterin’s plan for “soul tokens” on the blockchain, written in concert with Glen Weyl, his current pet crank. With quotes from me: “What Buterin wants to implement here is a binding permanent record on all people, on the blockchain. It’s Black Mirror’s ‘Fifteen Million Merits’, except he seriously thinks this is a good idea.” LessWrong and Slate Star Codex risk permanent damage to one’s ability to do the reading before blessing the world with your instant wisdom. [FT, free with login]

Whenever someone is in a cult (Scientology, NFTs, etc.) their response to criticism is “do your own research” by which they mean here, drink down this delicious kool aid brand beverage