“Blockchain technology” is a buzzword to sell you old technology, but with an exciting new gloss on it.

Ordinary people project all manner of things onto the word “blockchain.” This leaves them wide-open to con men.

A disconcerting actual conversation I had in January: a well-meaning non-techie suggested that Uber — the world-famous “tech unicorn,” that’s a money-haemorrhaging minicab firm with a phone app — was an example of a decentralised system, and a model for how blockchain could succeed.

I think it had never occurred to them before that systems that weren’t utterly centralised in every regard could exist.

And this was a Londoner, who would have been quite familiar with minicabs and how they work, and that the only thing Uber does differently is that you can use an app instead of phoning or going to a minicab office. 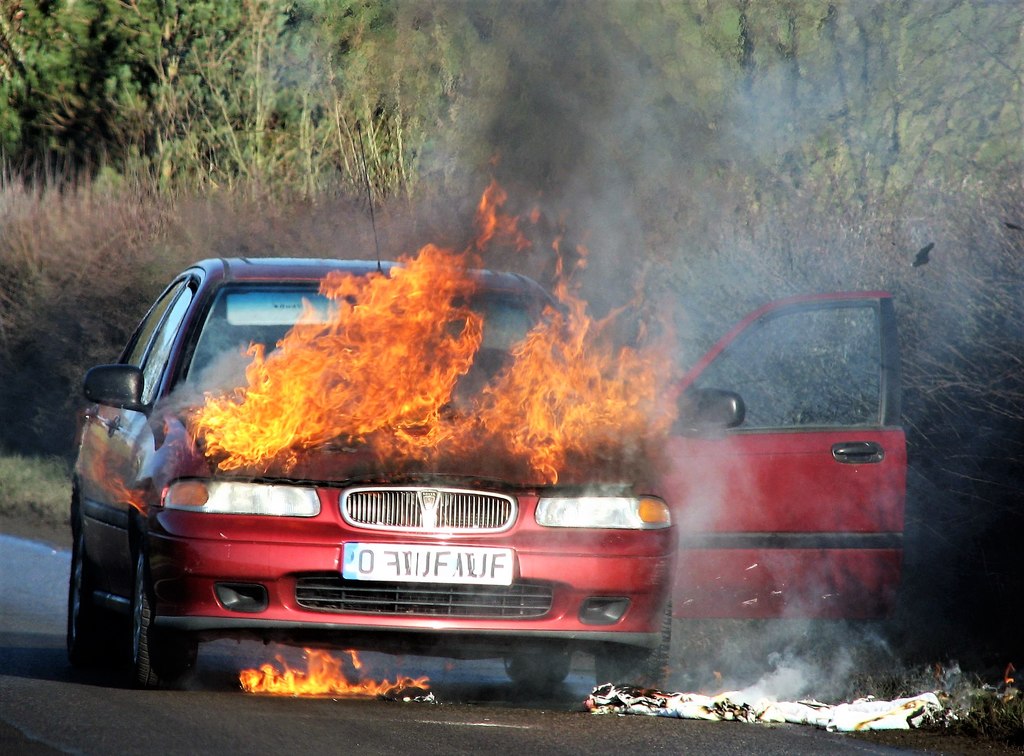 What actually is a blockchain, then?

To be super-brief: A blockchain is a ledger you can only add new entries to — plus a “consensus mechanism” to decide who gets to add new entries. More or less.

I have a non-technical video here, and one for techies here, with diagrams and answers to the real question — “yes, but why?”

Blockchains are really simple, and the usual reaction is: “What? That’s not magical at all. How do they get all of this nonsense out of that?”

It gets weird because Bitcoin people started a bit weird. But that’s a book in itself.

What business really wants from “blockchain”

What catches the eye of enterprises about “blockchain” seems to be the promises of solving one of these two problems:

These are genuine needs!

But the first is entirely about the politics of getting organisations working together — and doing the hard slog of cleaning up your data and formats. (See chapter 11 of Attack of the 50 Foot Blockchain.)

The second just puts logs in a 1979-style Merkle tree. We did this before “blockchain.”

(This is why Amazon Web Services’ Quantum Ledger Database — which proclaims “owned by a central trusted authority” as a feature — is something that AWS use themselves … and Amazon Managed Blockchain isn’t.)

If you have both these problems, you have enough of a human/business mess that applying a blockchain won’t fix either aspect — though it’ll probably make it all worse.

Occasionally, “blockchain” will be useful as a buzzword to get funding to fix your technical debt.

Popular “blockchain” advocacy includes a lot of people who have literally never encountered the concept of an even slightly distributed system before — and then they project at length onto the word “blockchain.”

Bitcoin and blockchain advocates too often seem to think Satoshi invented all the parts of Bitcoin — that there were no tamper-evident append-only ledgers before Satoshi. Or no distributed systems. Or that there was no open-source software.

Or that there was no cryptography before Satoshi. I had a cryptocurrency advocate seriously argue to me that we need cryptocurrencies because otherwise, who would work on TLS for secure web browsing?

Back here in reality, cryptography justifies cryptocurrency in the same way that transistors justify crystal healing — and actual cryptographers get quite reasonably angry at being lumped in with these people.

My experience is not at all unique. Two responses to my January tweet about this:

“Blockchain technology” is a phrase that means “I can’t even claim this thing is actually even a blockchain — but it’s got a few of the same parts.”

Like, are they talking about Merkle trees? Hashes? Proof-of-work? Baby’s first toy token economy? What do they mean?

All the technology in Bitcoin was old. Satoshi Nakamoto put out the first version of the Bitcoin white paper in late 2008 — but no component of Bitcoin was invented later than 2001, and most of it in the previous century.

I treasure the time a blockchain developer — quite a well-known person in the space — insisted, at length, that Google’s Certificate Transparency initiative, for the cryptographic certificates used in secure web browsing, was an example of a blockchain, or blockchain-like enough to be labeled “blockchain.”

This is a claim only heard from blockchain advocates — nobody from the Certificate Transparency initiative says it’s a “blockchain,” and the word “blockchain” is mentioned precisely once on certificate-transparency.org:

The ideas underpinning Certificate Transparency, Revocation Transparency and related efforts are not specific to certificates, but can in fact be used to make almost anything transparent. These technologies are strongly related to the much-hyped blockchain. The reality, of course, is that there isn’t a “the” blockchain, and that decentralisation is not always the answer. We are not making “the” blockchain, and we do not claim to support decentralisation.

In fact, Ben Laurie’s ACM paper on certificate transparency explicitly repudiates the blockchain approach (this is from 2014, so he just says “Bitcoin”):

I have written extensively on what is wrong with Bitcoin (for example, it is the least green invention ever, and all of its history could be destroyed by a sufficiently powerful adversary if it were truly decentralized, which it is not). Nevertheless, people continue to worship irrationally at the altar of Bitcoin, and this worship extends to DNS and keys — for example, DNSChain (https://github.com/okTurtles/dnschain).

Apart from being an extremely costly solution (in terms of wasted energy, in perpetuity), it also introduces new trusted third parties (those who establish the “consensus” in the block chain) and has no mechanism for verification.

The drawbacks of all these alternatives have led us at Google to pursue a different approach, called Certificate Transparency.

Certificate transparency does use a public Merkle tree ledger. But that’s the only relation to blockchains.

The functional meaning of “blockchain”

I suspect that when people say “blockchain”, what they typically mean is that they think implementation details are the most important thing, and what the product actually does is just an afterthought.