Pension plans and funds are supposed to put the money that will take you through retirement into capable and diligent hands. Managers of these multi-million and multi-billion funds invest into promising businesses that will provide you with stable returns. But more and more of these funds are looking to the volatile world of cryptocurrency to maximize their returns.

In March of 2022, the U.S. Department of Labor warned employers against using pension funds that included bitcoin or other cryptocurrencies, warning plan providers that they could be investigated for these offerings. The report added that these assets were prone to “extreme volatility” because of speculative trading, market manipulation, theft and fraud.

But in Canada, there’s been less critical coverage scrutinizing these decisions from pension funds and plans. In October 2021, one of Quebec’s largest pension funds — the Caisse de Depot et Placement du Québec — invested $150 million into the crypto-lending company called the Celsius Network — which may now be facing bankruptcy.

That same month, the Ontario Teachers’ Pension Plan (OTPP) announced its investment in FTX Trading Ltd, supplying at least $50 million into a meme-inspired fundraising round — raising $420.69 million from 69 investors. FTX hasn’t crashed like Celsius Network just yet, but the investment is putting teacher pensions in danger. 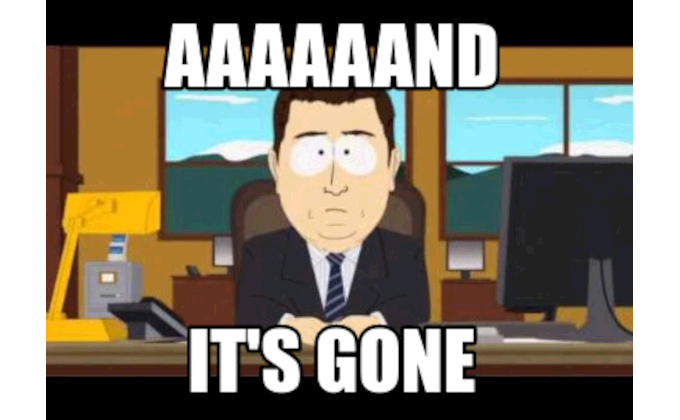 But who could have seen the collapse of the Celsius Network coming?

Celsius Network stopped all customer withdrawals on Monday 13 June 2022. The company has since engaged lawyers for “restructuring.”

The founder of Celsius Network, Alex Mashinsky, regularly makes ill-founded claims that he invented voice-over-internet protocol. An early advisor to Celsius, Moshe Hogeg, has been sued numerous times since 2018 for misleading and defrauding crypto investors. Hogeg was arrested in 2021 on 21 offenses, including money laundering, theft, and fraud.

Two of Celsius Network’s executives are currently suspended from the company as a result of investigations revealing their ties with money laundering. The chief revenue officer was suspended by Celsius in May of 2021 — before the CDPQ investment — because of a police probe into his side business which he started with a known money launderer.

Meanwhile, data accessible through the blockchain revealed that the Celsius Network placed user funds into other lending protocols and decentralized finance applications — code that promises your crypto will generate more crypto! — some of which were hacked or structured like Ponzi schemes.

FTX is an overseas cryptocurrency exchange founded by Sam Bankman-Fried. As well as cryptocurrency, FTX provides access to equities markets through crypto-token versions of stocks which function like tethers. These so-called “tokenized” stocks track to real-world share prices — similar risky financial offerings from the Binance exchange have already been banned in Germany.

FTX does not collect Know Your Customer (KYC) information from accounts that trade USD$2000 or less daily. The KYC process is required of banks and financial institutions by law, to prevent fraud. FTX and his other business, Alameda Research, are heavily reliant on tethers (USDT). A report from Protos revealed that Alameda Research received more than 36.7 billion USDT and 30 billion of that was sent to the FTX exchange. What could possibly go wrong?

“It’s well accepted throughout the industry that Tether is a giant fraud,” financial journalist and cryptocurrency expert Amy Castor said.

Since many cryptocurrency exchanges are unregulated, they are unable to secure a banking partner. According to a JP Morgan report, stablecoins like USDT function similarly to banks, but with minimal supervision and oversight. Tether Holdings was fined $41 million by the U.S. Commodity Futures Trading Commission for falsely claiming that their virtual dollars were fully-backed by US dollars. This is the latest development in a well-documented timeline of lawsuits and fraud linked to Tether and its parent company iFinex.

If the price of tethers drops significantly below USD$1.00, many tether holders will want to panic-sell their USDT and exchange it for real cash. Castor explained that “anybody who has money on that exchange is going to have trouble getting money off, because there isn’t a lot of actual cash on the exchange.”

What Bankman-Fried told banks to get an account, and how yield farming works

Bankman-Fried founded Alameda Research in October 2017 after he became frustrated that Japanese banks would not open accounts for his other cryptocurrency-related ventures. These companies had to jump through extra hoops to get an account.

“You have to go through the enhanced process and I don’t want to bother with that right now,” he said in an interview with RealVision. The name “Alameda Research” came about because he didn’t “want to give banks reasons not to give us accounts,” and he thought they would be more permissive to an entity that sounded like a research institute.

“Like this is a valuable box as demonstrated by all the money that people have apparently decided should be in the box,” Bankman-Fried said. “And who are we to say that they’re wrong about that?”

And they’re like ‘10X’ that’s insane. 1X is the norm.’ And so then, you know, X token price goes way up. And now it’s $130 million market cap token because of, you know, the bullishness of people’s usage of the box. And now all of a sudden of course, the smart money’s like, oh, wow, this thing’s now yielding like 60% a year in X tokens. Of course I’ll take my 60% yield, right? So they go and pour another $300 million in the box and you get a psych and then it goes to infinity. And then everyone makes money.

“I think of myself as like a fairly cynical person,” Levine responded. “And that was so much more cynical than how I would’ve described farming. You’re just like, well, I’m in the Ponzi business and it’s pretty good.”

Bankman-Fried later clarified that his “valuable box” example was oversimplified, saying that “in context it was a toy model of what yield farming is if you remove all useful parts of the protocol.” However, Bankman-Fried’s “toy model” is literally how many DeFi schemes work.

Why did the OTPP invest in FTX?

The OTPP participated in a funding round for FTX that aimed to raise $420.69 million — haha, like 420 and 69, get it? That’s a weed joke and a sex joke — from 69 investor groups. A spokesperson from the OTPP did not respond when asked whether they were aware of this.

“We care about building sustainable companies with good governance, set up to successfully go public if they choose to,” as the OTTP website describes the Teachers’ Venture Growth fund. “As a global, technology-driven innovator in the financial sector, FTX fits well with our mandate,” Olivia Steedman, the senior managing director of the investment fund stated in a press release.

But FTX is not financially or ecologically sustainable. FTX is financially reliant on tether, which is not credibly backed by the US dollar — threatening its financial sustainability. The platform further trades cryptocurrencies, assets which are responsible for enormous amounts of electronic waste and pollution. Bankman-Fried may not be synonymous with good governance either.

Unsurprisingly, FTX.com does not operate within Ontario, while tethers are banned from trading in the province by the Ontario Securities’ Commission. A spokesperson from the Financial Services Regulatory Authority (FRSA) of Ontario wrote:

FSRA’s supervisory approach encourages portfolio diversification and robust risk management practices, rather than emphasizing any specific investment. Pension plan administrators are expected to understand and manage investment risks as per the standard of care required by the Pension Benefits Act. The Act requires pension plan administrators to oversee the plan with the same care and diligence expected when an individual deals with someone else’s property.

The spokesperson made reference to a clause in the Pension Benefits Act which states that: “The administrator of a pension plan shall exercise the care, diligence and skill in the administration and investment of the pension fund that a person of ordinary prudence would exercise in dealing with the property of another person.  R.S.O. 1990, c. P.8, s. 22 (1).” This leaves it ambiguous as to what one considers to be “ordinary prudence”.

Gambling pensions in the crypto casino

There are numerous red flags associated with the Celsius Network and FTX, and huge risks with these investments. While the Caisse’s investment in Celsius has already failed, OTPP is left in a precarious position. In Australia, a plan provider called Rest initially signaled their interest in cryptocurrency options for retirement portfolios but changed their mind later saying they had no plans to do this in the immediate future.

This may be due to a fear of backlash — as an example, gaming companies were met with angry responses when they tried to dip their toes into the crypto and NFT space. If the OTPP’s decision isn’t widely covered in the media, there can be no organized backlash or scrutiny.

I am still curious to hear from the OTPP, and have many unresolved questions: