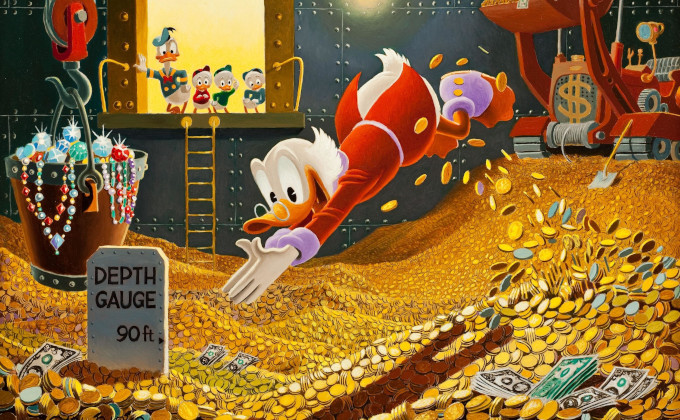 Here in the crypto winter, number is going down. People are trying to cash out while they can. You’ll be shocked to hear that some exchanges might not have all of the cryptos or dollars that customers saw on their screens.

We’ve both covered QuadrigaCX, the Canadian exchange that collapsed in early 2019, in depth. Over and over again, reporters asked us: how could something like Quadriga happen?

The answer: despite Canada being a “high-trust society,” Quadriga had absolutely no oversight. Regulators barely knew Quadriga existed. Nobody in crypto cared while the charming Mr. Cotten was talking good news for bitcoin.

The largest exchanges operate with no regulation and no oversight. You should assume that exchanges will act against their customers in absolutely any way they can get away with. This is, after all, the historical behavior of crypto companies of any sort.

So who’s a hot favorite to open an orphanage in India?

2gether is a large crypto exchange in Spain that’s operated since 2016  and has over 100,000 users. Here’s their self-description on Crunchbase: [Crunchbase]

2gether is a collaborative financial platform that accelerate the world’s transition to decentralized finance. 2gether is developing the finance of the future—a future where consumers take full ownership and control of the services they use, move beyond interacting solely with euros and dollars to fully embrace cryptocurrencies and digital assets, and augment their financial know-how through the use of exponential technologies like artificial intelligence, big data and blockchain.

On Thursday 7 July, 2gether emailed its users telling them to close their accounts and withdraw their funds by 20 July, or it would sell off the cryptos and charge a 30 EUR account closing fee.

The catch is that the 2gether website and app have stopped working. The exchange also deleted its social media accounts.

The Asociación de Usuarios Financieros (Asufin) says it will take legal action against 2gether, and will appear in bankruptcy proceedings. [El Diaro, in Spanish; Bolsamania, in Spanish; Twitter]

The reason for 2gether going broke is not as yet clear. The exchange was hacked in July 2020 for 1.2 million EUR of cryptos. It offered users its own 2GT token, created out of thin air, to make up the difference. 2gether never did manage to fully compensate all the users whose funds were stolen in the hack. [ZDnet; CoinDesk]

Binance and its machine-gun pals

Since 2020, Capitual had operated deposits and withdrawals for Binance’s Brazilian customers, but on 16 June it stopped. Binance alleged a breach of contract by Capitual so that Binance could move the money again.

Capitual told the court that it had been required to stop service because Binance had refused to comply with Brazilian Central Bank rules, which required that customer accounts be individually named for anti-money-laundering compliance — omnibus accounts weren’t acceptable. Binance didn’t want to do this. KuCoin and Huobi, who Capitual also work with, were fine with individual accounts— it was just Binance. [Valor, in Portuguese]

Binance has creatively worked around the BCB’s rules … by using the BCB’s payment system Pix system instead, via Latam Gateway. [InfoMoney, in Portuguese]

Binance is picking its local partners well, such as Glaidson Acácio dos Santos, a founder of Capitual, and a well-known local bitcoin personality.

Glaidson, also known as Rio de Janeiro’s “Bitcoin Pharaoh,” was, with five others, charged in late 2021 with the attempted machine-gun murder of a crypto competitor, Nilson Alves da Silva, a.k.a. Nilsinho, on 20 March 2021.

Nilsinho had spread rumors in January 2021 that Glaidson would be arrested by the Federal Police — so Glaidson’s clients at GAS Consultoria should withdraw their money, and put it into Nilsinho’s company instead.

Glaidson was indeed arrested as Nilsinho had said — and allegedly ordered the hit on Nilsinho  from jail.

GAS had promised profits of 10% per month on staked bitcoins. As it turned out, GAS was literally a Ponzi scheme, and didn’t even return investors’ money.

The accused are also under investigation over the murder of crypto investor Wesley Pessano, in São Pedro da Aldeia. [G1, in Portuguese]

KuCoin is the fifth largest crypto exchange. They are absolutely fine and not suffering any sort of solvency problems or imminent failure — just ask them! [Twitter]

What we do know is that KuCoin are demanding extra Know-Your-Customers information before allowing withdrawals — including demanding screenshots of transactions from years ago. “Please explain why I need to send Kucoin screenshots of deposits from 3-4 years ago. This makes no sense.” [Reddit]

KuCoin assures us that customers’ cryptos are safe — the exchange uses custody and insurance services from OCN and Lockton! Ignore the bit where those companies say they have nothing to do with KuCoin. [Twitter; Twitter]

On 5 July, Three Arrows Capital (3AC) transferred $30 million in stablecoins to KuCoin — 10 million USDT and 20 million USDC. 3AC has been ordered to liquidate its assets, so it’s not clear if this was part of that liquidation  or if 3AC was sending this to their still-active  OTC desk. [PeckShield]

KuCoin is also rumored to have been playing luna before UST and luna imploded in May. [Twitter]

Otteroooo has posted a nonspecific warning to get your funds off KuCoin as soon as possible. [Twitter]

Vauld is an Indian crypto exchange incorporated in Singapore. It was also a margin trading platform, and a yield platform. On 4 July, Vauld stopped withdrawals.

Darshan Bathija (CEO) and Sanju Sony Kurian (CTO) launched Vauld in late 2018, hoping to create the “Revolut of crypto.” Vauld added lending in 2019. The front page of Vauld’s website proudly proclaims: “Build wealth automatically with crypto.” Vauld offered yields of 12%, and on some coins up to 40%. [Vauld, archive; FT]

On 5 May 2022, everything was still looking great for Vauld — Bathija boasted that Vauld was eyeing a five-fold increase in assets under management from $1 billion to $5 billion this fiscal year. The founders of Vauld were on Forbes 30-under-30 Asia list on 28 May 2022. [Hindu Business Line; press release]

On 16 June, Vauld reassured customers that it had not been impacted by the collapses of Celsius and UST/luna: “We do not have any exposure to Celsius or Three Arrows Capital, and we remain liquid despite market conditions.” [Vauld blog post, archive]

But on 21 June, Vauld laid off 30% of its staff. At this time, Bathija said that Vauld had “800k+” customers. [Bathija Twitter thread, archive; “Message from Bathija” blog post, archive]

Customers started leaving as quickly as they could get their cryptos out. So on 4 July, Vauld ran out of other people’s crypto and halted withdrawals — citing nearly $200 million of withdrawals since 12 June, “when the decline of the cryptocurrency market was triggered by the collapse of Terraform Lab’s UST stablecoin, Celsius network pausing withdrawals, and Three Arrows Capital defaulting on their loans.” [Official Statement, archive]

Vauld has hired Kroll as a financial adviser and Cyril Amarchand Mangaldas and Rajah & Tann Singapore as legal advisers. They intend to apply to the Singapore courts for a moratorium.

Another CeFi lender, DezyFinance, used Vauld as a pass-through fund. DezyFinance withdrew all funds from Vauld in mid-June.

DezyFinance is still paying yield: “Currently we are paying out of treasury and we are grateful to be in a position to do so. We acknowledge this is not a long term solution but we view it as the prudent choice while markets remain turbulent. We’d rather this temporarily than expose customers to unnecessary risk.” [Twitter thread]

At least Crypto.com doesn’t seem to have been playing the DeFi markets. Though they’ve been running a 2% deposit bonus promotion for new users since two weeks after UST and luna collapsed in May. [Crypto.com, archive]

Other users report price gouging on the fees to transfer cryptos out of Crypto.com — fifteen to a hundred-and-fifty times the fees charged by Coinbase. [Reddit]

The Crypto.com Visa card had problems over the July 4th holiday weekend and the following days. Crypto.com’s support advice was less than helpful — such as suggesting that users try their card in a local ATM to “reboot” it, as that would surely fix a known nationwide outage. [Reddit]

Other robust institutions where your cryptos are totally safe

Bitstamp planned to put a 10 EUR/month fee on inactive accounts below 200 EUR. They quickly reversed this plan after everyone assumed that the exchange must be in deep trouble. Bitstamp has insisted it has no exposure to any companies currently “under stress,” and that it holds its customers’ crypto and actual-money separate from the company’s own assets. [Bloomberg; Bloomberg]

Huobi iaid off 30% of staff in late June. Its founder, Li Lin, is looking to sell off his stake in the exchange. [Twitter]

If Luca Land has read the official Mt. Gox page correctly … then over 100,000 BTC is about to hit the market some time in August. The crypto market can surely stand up to everyone trying to cash out at once. Right? [Twitter] Update: yep, looks like it, per the receiver: end of August. [Mt. Gox, PDF]