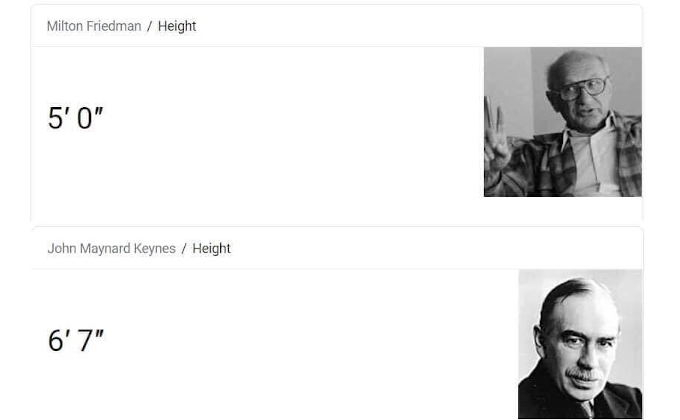 2022 in crypto and blockchain: your 100% reliable guide to the future

My predictions for 2021 were relatively tame:

I’m heartened that with NFTs, the general public now know about cryptocurrency — and they utterly despise it.

I’ve been wrong about Bitcoin lots. Looking back, my errors have always been assuming the market had any sanity to it whatsoever, and wasn’t more reasonably comparable to a sea of ever more frenzied lemmings on PCP.

So now my prediction method for Bitcoin is:

The very dumb thing that’s happening right now is that the retail suckers went home in June, and the actual-money US dollars in the crypto system are running low. So the Bitcoin miners can’t sell all their freshly mined coins (September, November), and the whales are trying to get actual-dollar loans with their hodling as the collateral (Goldman Sachs as lender, MicroStrategy as borrower). The only question is whether Squiddy the Vampire Squid is dumb enough to step up as bagholder of last resort.

I predict there will be some attempt to invent a new form of crypto magic bean that’s more blitheringly stupid than NFTs, but I’m at a loss as to what it could be.

Cryptocurrency will continue to be unusable by normal humans.

I could start selling my all-new Non-Blockchain NFTs! The salty nocoiners having fun staying poor will say “that’s just a key pair,” but …

look at this loser making art without minting it. he doesn't even know what etherium is pic.twitter.com/Zcp9NY1Hpe

“I never thought ransomware would eat my face,” sobs crypto exchange that voted for the Ransomware Eating Businesses’ Faces Party

Vietnamese crypto exchange ONUS got hit via the famous log4j exploit that made IT people’s lives, including mine, a whole pile of fun in the last two weeks before Christmas:

log4j is on most Java systems in the world. The original bug was found in a Minecraft mod, for instance.

If you can exploit a single vulnerable AWS instance — even if it’s not on the public Internet — you can take over the entire AWS account. This is what happened to ONUS.

ONUS is not paying out the ransom — as the customer data that was extracted is already on sale on hacker forums. [Bleeping Computer]

I recommend not saying you were "hit by ransomware." More effective terminology is, "collaborating to restore our operations with a 3rd-party."

You’d think it was 2017 again. Here’s a “blockchain” press release in the classic style from December 2021, for Neom, a new instant city to be built on the Red Sea as a vanity project for Saudi Crown Prince Mohammad bin Salman. Every paragraph promises a new piece of vaporware: [Capacity Media]

Arqit says that, once developed, its software will be able to defend other so-called cognitive cities against cyber-attacks

“once developed,” eh? That’s from Arqit, a quantum computing security company. That the technology behind their alleged products doesn’t exist yet hasn’t stopped Arqit from putting together a spectacular website, designed to sell to the sort of person who thinks pulling a techno-magical city out of thin air is a viable idea. [Arqit]

If you’re worried about quantum computing taking out cryptocurrency, IBM’s best effort to date in destroying the world of public key encryption is as yet unable to reliably factor the number 35. (The paper’s abstract implies they succeeded, but the body of the paper notes they mostly failed.) So we’re probably a way off yet. [arXiv]

The press release about Neom ran in telecoms newsletter Capacity Media, who probably aren’t as weary of this sort of gibberish as we are.

Wikipedia has a great article on Neom — “the scope of the projects based on the crown prince’s vision incorporates some technologies that do not even exist yet, like flying cars, robot maids, dinosaur robots, and a giant artificial moon.”

The BBC also has a podcast which mentions the 20,000 local residents being displaced for the sake of this city that’s still just a rendering — such as the Bedouin who was shot when he objected to his land being taken. [BBC Sounds]

first rule of distributed systems: don't require explicit synchronization between steps or everything will go ridiculously slowly (yes, this is often difficult especially for experts)

Some other stuff happens

France is coming after influencers — such as former reality TV stars — who deceptively pump cryptos. A special task force has been put together by the Paris prosecutor’s office, the Autorité des Marchés Financiers (AMF) and the DGCCRF, which takes care of consumer competition and fraud. One influencer, Nabilla Benattia-Vergara, was fined 20,000 EUR in July 2021 for pumping cryptos on Snapchat without outlining the risks. [PhonAndroid, in French]

I wonder why all these well-known tax havens who host all manner of corporate shenanigans want to embrace crypto now? Must be coincidence. The latest is Gibraltar. Blockchain firm Valereum — run by gold mining entrepreneur Richard Poulden — is looking to buy the Gibraltar Stock Exchange. The GSX somehow has a total staff of three employees. [The Guardian, archive]

Olivier Jutel looks into the 2018 Tech Camp showcase, the tuna supply chain blockchain project. His findings? Saying “blockchain” does not help people in poorer countries in any regard, and the blockchain racket is absolutely colonialist wannabe scammers all the way down. There’s also a peer-reviewed version of Jutel’s findings. [The Crypto Syllabus; Patterns]

Australia’s neo-Nazis love some cryptos as much as neo-Nazis elsewhere, for the same reasons — they keep getting kicked off the mainstream payment channels. [The Guardian, archive]

Ready Player Me, a Metaverse cross-platform avatar company, gets $13 million in venture capital! This is literally Gravatar, but on the blockchain. Their “business model”? Selling NFTs in games. Some time in the future. [PR Newswire, archive]

DeZeen: “Will the extraordinary rise of NFTs continue in 2022?” — with quotes from me. The authorities I had in mind as stopping NFTs were the money-laundering authorities. [DeZeen]

Another South Park clip: Have you ever heard of NFTs? [YouTube]

Right this moment, as you read this, there are marriages disintegrating while the husband attempts to explain what an NFT is to his wife, who very clearly asked for something else.

how to become a tech twitter influencer in five easy steps!

1. be relatable
2. keep a regular posting schedule
3. engage with your followers
4. use your newfound influence to get a position at the racist planet-burning company
5. go on podcasts!