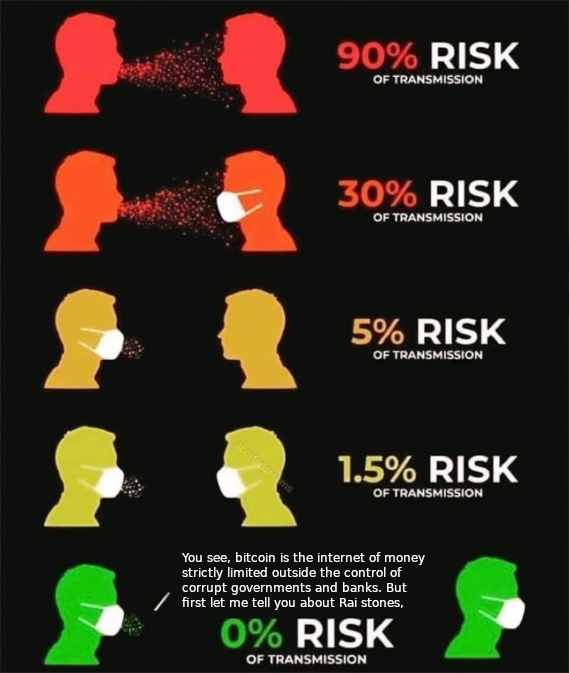 DeFi is the standard tech flimflam scam: “it works because of magical technical details you wouldn’t understand, so you should just give me your money.” Bitcoin and blockchain have used this one from the start.

DeFi white papers are baffling … if you thought the idea was for any of this ever to work as described. It isn’t — it’s just to look erudite and mathy and financey.

The various mathcoins tried the same techy flimflam a couple of years ago — “We have solved the blockchain trilemma, in theory!” (presents a white paper that’s Time Cube in LaTeX) “Now buy our token so we can get rid of the centralised controller node … in … six months for sure.”

There are three ways to actually make money in DeFi:

Crypto still has the problem that it’s a closed bubble world financially — with only thin gateways to the world of actual money. The big goal of DeFi is to make real finance think DeFi is also real finance, so that retail dollars flow into crypto once more — so ether bagholders can finally dump.

In the meantime, there’s plenty of crypto suckers to remove excess ether from.

Every old bad idea is new again — Celsius is a “crypto lender” with no insurance, who totally don’t make uncollateralised loans, except when they do. This certainly won’t go wrong. Celsius raised $30 million in funding — $18 million from BnkToTheFuture and $10 million from Tether. [CoinDesk]

Yet another Stupid Defi Bug — “decentralized insurance product” Opyn loses $371,260 to bad smart contract coding — a blitheringly obvious double-spend bug in their smart contract. How does this keep happening?! “Until the day human beings stop coding, people will keep generating bugs.” So that means that smart contracts — which rely on humans not writing bugs — were always conceptually bad (see chapter 10 of the book), and DeFi just lets you discover why faster. [Twitter; Decrypt; Medium; PeckShield]

Coinbase’s previous DeFi token pump and dump was 0x — with The Block finding a pile of links between Coinbase, Scalar Capital and 0x. Scalar promised investors “asymmetric info” and “early access to projects,” and they seem to have delivered. [The Block, paywalled; Bitrates]

You could use very complicated DeFi financial engineering to take people’s money — or you could just do it the old-fashioned way, and exit scam. Askua Token concludes successfully, for the founder at least — Jongchan Jang has disappeared with all the money. I guess that’s a fourth way to make it big in DeFi. [The Block]

The SEC has put out a tender for smart contract analysis tools. The crypto press is pretty sure this is about analysing DeFi — though the tender doesn’t mention DeFi specifically. [SAM]

Don’t take my CovidCoin away

Eastman Kodak rides again! Tentative agreement on a $765 million loan from the US government to launch Kodak Pharmaceuticals — and the stock goes from $2.10 (on Friday 24 July) to $60, before settling at $33.20 (Wednesday 29 July). And the share price started going up on Monday, the day before the announcement — because Kodak forgot to embargo the press release. [press release; Financial Times, paywalled; Wall Street Journal, paywalled]

This round of Kodak action doesn’t involve any cryptos, thankfully, but every single news piece has mentioned our friends at KodakOne and their KodakCoin folly — because that was the last time KODK’s stock price went up like this. But KodakCoin was purely a name licensing deal, and sunk without taking Eastman Kodak with it.

Eastman Kodak has quite a good and viable small chemicals business, and has been making drug precursors for a few years now — its problem is that this good small business has to service the debts of a large bad business. Also, its executives seem to think milking what they can from the corpse is the way to go.

The other question is: what’s the precise grift, and who are the grifters? The SEC are looking for answers to this question. Kodak got away with this nonsense in the wake of KodakCoin, but this one’s rather more serious. [WSJ, paywalled]

Ledger, supplier of hardware Bitcoin wallets to the most dedicated HODLers, has suffered a customer data breach. What could a creative fraudster do with email addresses for one million verified gullible suckers, and lots of personal information for 9,000 of those? Mailing lists of verified suckers have always been absolute gold for scammers. I’m sure it will be fine, though — crypto people are famous for their grasp of practical computer security. Oh yeah, and the leak happened two months ago — but Ledger only just told anyone. [CoinDesk]

Ledger App Isolation Bypass: “a vulnerability in the Ledger hardware wallets that can lead to theft of user funds.” [Monokh]

US travel management firm CWT paid $4.5 million to a vendor for Bitcoin’s actual business use case. The good bit, though, is the chat logs with the hackers — ransomware payment negotiations look very like enterprise software purchase negotiations. [Reuters; Twitter]

HODLers in ties with Chromebooks

Tetras Capital was a crypto hedge fund run by ideological Bitcoin maximalists, who thought they’d get rich shorting altcoins. This didn’t work out for them — and they’ve lost a pile of other people’s money as well as their own. Remember that when the crypto press talks about “institutional investors,” they mean this sort of clown show. [CoinDesk]

And another: Neural Capital closes after having lost half their — and their customers’ — money since 2017. It turns out that number going up in an asset bubble doesn’t make you a genius after all. [CoinDesk]

New Coinbase listings! The first thing to do is check which crypto VCs have mahoosive bags of these dead minor altcoins, many of which are likely securities in the US, that they desperately want to dump on retail suckers. [Coinbase blog]

Shocked to hear the Status ICO raised $100 million in ether selling unregistered securities, and its founders couldn’t be found when aggrieved investors tried to sue. [Decrypt]

HEX is trying to pump and dump onto UK retail, with billboard and taxi ads talking of a 11,500% price increase, and a half-page ad in the US print version of The Economist. I would suggest that past performance is unlikely to reflect future results. [Decrypt, Twitter]

Blockchain was set to transform real estate. What happened? “Blockchain fatigue”, apparently, which seems to be a phrase meaning “it all turned out to be empty hype and nonsense from dodgy chancers.”

Sayd McAuley: “For blockchain to be adopted more widely, you need three things: the computing power to run it, legislative frameworks to police it, and a practical workaround for immutability.” If only we had something like that … we could call it a “database,” operating under “regulations.” [Investor JLL]

The regulator shows up — the SEC has awarded CipherTrace a contract to trace Binance Chain transactions. [SAM]

Ripple paid Moneygram $8.8 million net in Q2 2020, so that Ripple could keep saying that Moneygram was using Ripple. [The Block]

Russia has banned using cryptocurrencies as a payment mechanism, starting in 2021 — though “digital financial assets” are still okay. This means you’ll still be able to trade registered cryptos. State officials, and others prohibited from having foreign bank accounts, are also to be barred from possessing cryptocurrencies. [RIA Novosti, translation]

The scammers behind the PlusToken Ponzi scheme have finally been arrested. [CoinDesk]

The latest Ethereum 2.0 testnet, to give proof-of-stake a thorough tryout, is going live shortly, and might go live by the end of the year! Or it might not. Who knows? In any case, this is good news for DeFi. [CoinDesk]

There’s still nobody who cares about Ethereum Classic, leaving the blockchain open to a 51% attack on 31 July — in which someone spent $192,000 on hashpower to mount a double-spending attack that netted them 807,260 ETC, notionally worth $5.6 million. And another attack on 6 August. [Bitquery; CoinDesk]

So-Called J. P. Koning discusses the So-Called FATF’s So-Called Stablecoins report. Apparently the FATF refused to just use the word “stablecoins” without a qualifier because they considered it a marketing word, rather than crypto jargon or a central banking euphemism for Libra. [AIER]

Stephen Diehl: The Haskell Elephant in the Room — if you’re using your computer science knowledge for dodgy crypto projects, expect others to have excellent reason to think less of you. Cardano uses the Haskell programming language — and Diehl is sufficiently prominent in Haskell that they can’t reasonably claim he doesn’t know his stuff. But, as usual, Cardano bagholders are responding like abusive nutters on a scale to rival IOTA — thus proving Diehl correct. [blog post; Twitter] You might also consider becoming a crypto whistleblower. [cryptowhistleblower.com]

Spoke with one bank about getting a mortgage. The guy said my cryptocurrency holdings are the equivalent of holding marijuana so I don't think they are going to give me a mortgage 🙃

One Comment on “News: A fool and his money are soon decentralised, Kodak rides again, Ledger data breach, $100k Bitcoin”