President Nayib Bukele has declared that Bitcoin shall be legal tender in El Salvador, alongside US dollars! The Bitcoin Law comes into effect on 7 September. Accepting Bitcoin will be mandatory.

So far, it looks like Bukele will be getting everyone onto the government’s official Chivo custodial wallet, using that as an officially-supported payment system, and saying that’s “Bitcoin.”

Even in the optimistic terms the Chivo project head is allegedly using … it doesn’t sound like it’s going to go so well.

You might think it’s rank incompetence to release an official national payment system without an API … and you’d be correct. 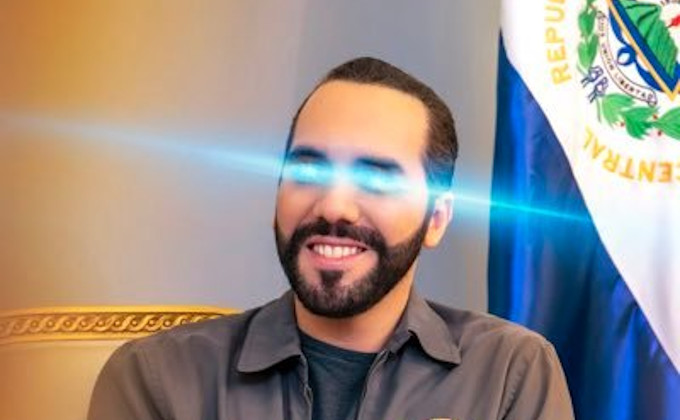 I was forwarded the following text, which was posted to a WhatsApp group. The text is of unconfirmed provenance, but the path I know of is reasonably trustworthy. I’m treating this as unconfirmed, though the Salvadorans I ran it past found it quite plausible.

I don’t know who the “I” writing this text is, nor who “Lorenzo” is — named as the head of the Chivo project. Update: Lorenzo Rey, of Dash Venezuela.

El Salvador isn’t adopting the Strike wallet, they’re doing their own called Chivo, and licensing other, non-custodial wallets that they like.  They are aware that Bitcoin isn’t ready for mass adoption, so are creating a custodial solution since so many people are technically illiterate and they don’t want tons of people losing their private keys and all the stuff that would be sure to happen if they tried to launch non-custodial.

They’re creating a huge army of educators to go door to door to start teaching people, and are working out now what they’re going to train them with.  Keep in mind they’re launching v1 on Sept 7 so they don’t have much time to get this into the hands of the whole country.  What they’re trying to accomplish is pretty miraculous.

Today I met with Lorenzo, the head of the Chivo project.  He’s actually Venezuelan and has lived in the U.S.  Here’s some important points from the conversation.

V1 will be released Sept 7. They will have a V2 for sometime in October, with more features, but he’s not at liberty to say.

Chivo will ONLY have Bitcoin and USD. There are no fees to send in Chivo and no fees to buy BTC there either. They’re aware that this will make it very difficult for other wallet systems to compete because they will presumably need to charge fees. However, they believe that as their people get comfortable with Bitcoin, they will want to start investing in or using other cryptos as well, and that’s when the non-custodial wallets become important.

Many companies are coming to them now offering Point-Of-Sale systems and want to integrate with Chivo. However Chivo will not have any public APIs in v1. Some of the POS systems claim they are already partnered with chain stores in El Salvador. These POS systems generally want to work with Chivo as it is, without blockchain transactions but instead just using the centralized database.

He wasn’t allowed to tell me if or when Chivo would use Lightning Network. However, he told me that their goal was to include both layer 1 and layer 2.

They want ALL crypto companies of every type coming to do business in El Salvador, even though they are only making BTC legal tender.  Within several months, they will make decisions about if and when to add other cryptos to the legal tender list. Meanwhile, they’re all legal to operate in El Salvador.

He also said that everything he told me could be considered to be on the public record, so feel free to use this info how you see fit.

In the above text, “both layer 1 and layer 2” would mean Bitcoin and the Lightning Network.

Bukele’s team’s biggest problem is: none of this stuff works.

As a payment system, crypto is still at the bunch of wires on a lab bench stage. It’s absolutely not a production-ready system usable by normal humans, and not just laser-eyed cultists.

Bitcoin is expensive and clogged, and Lightning is even less functional in practice.

It looks like Bukele fell for a rigged demo. He bought Mallers’ and Peterson’s pitch that Bitcoin and Lightning was a functional electronic payment system — and now he’s stuck trying to make anything about this work.

Bukele’s team would have a hard time even with 100% phone and Internet coverage in El Salvador. A 2020 survey put El Salvador’s Internet penetration at 45%, and 10% in rural areas. [IDB] Though a recent survey (below) is a little more promising.

Chivo, you’re our only hope

Using Chivo as the layer where everything interesting happens is the only way Bukele’s Bitcoin scheme has any hope of working.

Bitcoins and dollars may go into and out of Chivo — with whatever degree of friction — but the payments action at scale would be entirely inside the centralised database.

Setting up this sort of national payment provider might even be a good and useful idea — if it wasn’t being implemented by a clown show.

As far as I know, even the banks in El Salvador haven’t been told yet how they’re supposed to handle bitcoins. Chivo on a phone at each teller window? Who knows?

There’s no external API (application programming interface), so nobody can just interface their company or bank computers to Chivo in the obvious manner. Declaring an official electronic payment system that nobody else can interface to is not up to release standards.

UFG survey: How do Salvadorans feel about Bitcoin?

Bukele makes grand gestures that are audacious, striking and only just legal. He gets away with it because he’s very popular.

The Bitcoin project is desperate to get something — anything — into place.

Bukele has been committing to new government spending at his usual rate. This maintains his popularity — but he can’t print US dollars, and so the bills have to be paid. Bukele wants to lure in outsiders’ bitcoins, then declare those to be dollars in the Chivo system.

Bukele has put forward a miracle that he hasn’t the technical means to implement. The Bitcoin project is now looking under every rock for someone — anyone — who might possibly have a working crypto payment system they could deploy. The team’s even been talking to Cardano, for example. [Twitter]

Whatever comes out of this is unlikely to be “cryptocurrency” as any crypto user, let alone a Bitcoin maxi, would recognise it. It will be a system that can be claimed to work — but which Bukele has control over. That’s the key factor.

Chivo may well get a minimum viable project deployed by 7 September. At which point, everything will collapse under massive load, and people will be using and abusing the system in ways that nobody ever anticipated.

I’m sure it’ll all be fine, fine — insofar as Salvadorans can do their best not to go near the awful thing.

9 Comments on “El Salvador Bitcoin: Bukele scrambles to get something — anything — into place by 7 September”