I didn’t notice it at the time — but KodakOne blogged (archive) back on 4 January 2019 about the ICO — sorry, SAFT — for KodakCoin.

KodakOne present it as a FAQ, with responses to “questions we’ve been getting over the past few months.” 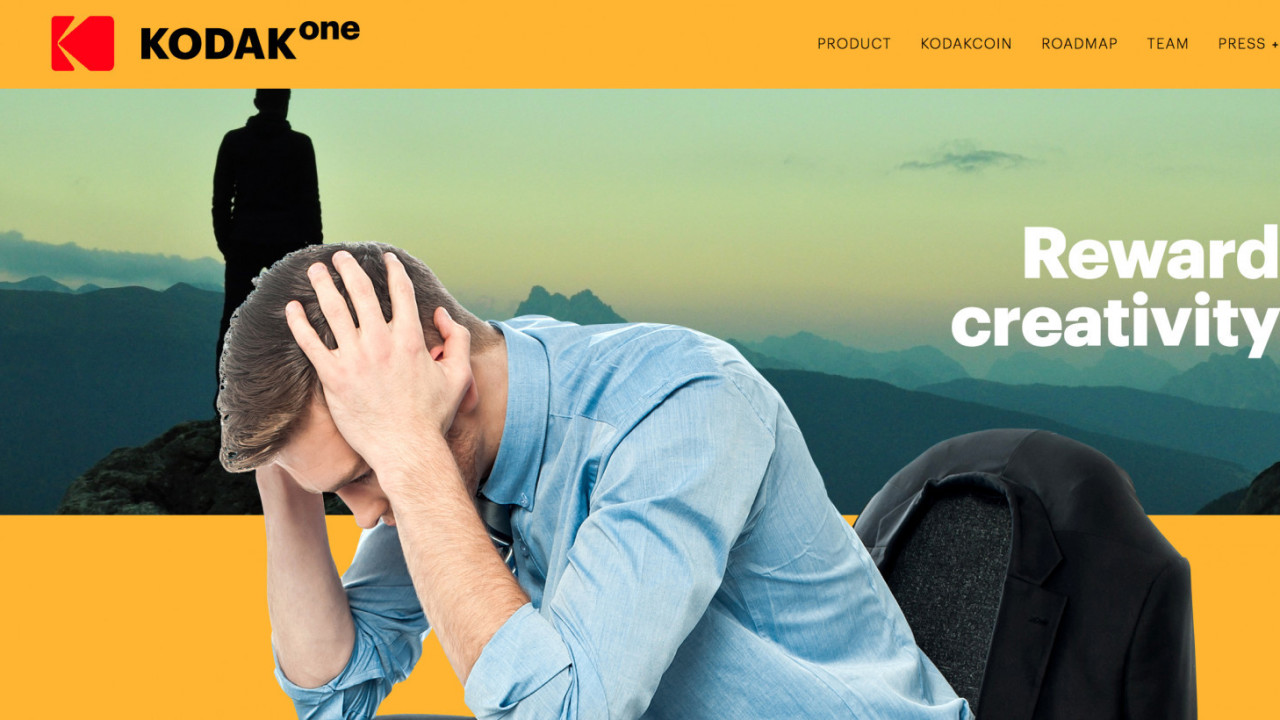 How did the KodakCoin offering go?

QUESTION: Was the KODAKOne ICO a failure?

ANSWER: First and foremost, we didn’t launch an ICO but rather a SAFT Offering.

Yeah, that’s not the most convincing way you could answer that question.

So — how much money did KodakOne take in?

“The KODAKOne SAFT Offering has raised $5 million so far” — which sounds like a nice chunk of change.

So, did the third, public round, which got massive mainstream publicity, fail hugely with taking in $5 million — or did it fail spectacularly and hilariously, taking in $870,000?

I contacted KodakOne, and commented on the blog post, asking for clarification. I’ll let you know of any response.

$5 million is a chunk of change I’d personally be quite pleased with — but then, I didn’t commit to building an impossible AI-driven copyright-trolling engine with it.

This is KodakOne’s planned image-search engine, which will roam the World Wide Web for its clients’ photos — automatically sending out legal notices whenever it sees a match. This is the one where the “blockchain” bit is literally tacked on the bottom, hanging off the end, not doing much.

You’ll recall that the developers quit because they weren’t getting paid. And one of them took the code with him. KodakOne respond:

QUESTION: Why is KODAKOne being accused of not paying their employees?

ANSWER: This boils down to a contractor dissatisfied with his compensation and a company dissatisfied with his work. One of our contractors, who came to us via a third-party hiring company, made false and damaging statements on social media without divulging all the facts. His compensation fell under the umbrella of an invoice we’re disputing due to unsatisfactory work during his tenure at the company. We are taking legal action against him and have handed this matter over to our lawyers.

I’d find that more convincing if other people saying they’d also been stiffed by KodakOne hadn’t contacted me separately.

still waiting for my outstanding bills from the services my Uk consultancy company worked at kodakone @KodakOne project. I have sent a tone of emails but no response.

But, KodakOne claims they have something:

Numerous elements of our Blockchain are already operational and are being tested for launch. That being said, key features of the KODAKOne platform are live today in preparation for a full public release later in 2019. Our post-licensing technology, which utilizes AI and big data to crawl the web for infringements and protect IP rights, is already in live beta earning commercial revenues and will remain an important component of the overall KODAKOne platform.

This was covered by Decrypt, Amy Castor and myself in January. None of us could find any evidence that their claimed $1 million of “post-licensing” income was … real money that existed — and not just hypothetical.

KodakOne hope to have their platform publicly available in the next few months:

The continued development of our platform is a top priority and we’re planning to publicly launch the full platform inclusive of the final Post Licensing Platform and roll out of our Sports & Entertainment platform later this year (in Q3 2019). We already have a number of customers in the pipeline once we hit this stage. We expect to release the KODAKCoin corporate currency in tandem once the platform is fully launched and operational.

Sounds great! You’ll excuse me if I wait to believe it until I see it, of course.

Eastman Kodak: document management, but on the blockchain

KodakOne is just a licensee — but the actual Eastman Kodak, the tattered and flayed hide of what was once a company, is still around, and has just announced a blockchain thing: “KODAK Document Management Platform using Blockchain Technology to ensure the safety and security of information,” presented at a KODAK Services for Business conference in May.

The web page is not very informative. The phrase “blockchain technology” is usually what you say when you can’t even credibly claim your thing is a “blockchain” — but, the page talks about distributing information about your documents in a blockchain-like manner, and mentions smart contracts. So I’m wondering if it’s actual enterprise blockchain — such as a private Ethereum instance, or Hyperledger, or something.

I’ve contacted Eastman Kodak, asking: “I’ve read the press release and coverage, and I wanted to know more about the technical details, such as the particular blockchain software used, how it hooks into the platform and so on.” I’ll let you know if I hear back.