KodakOne has put out an attention-getting press release — talking up ONE MILLION DOLLARS in “post-licensing” fees. Gosh, that’s an impressive-looking number! 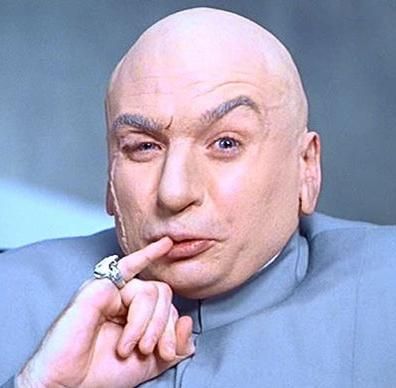 This isn’t $1 million of actual money — per the press release, KodakOne’s “Post-Licensing Platform,” their reverse image search engine, “generated post licensing cases of over $1M since it went live in private beta in October 2018. The KODAKOne PLP has already generated 1,667 new cases since its beta launch in October.”

That’s $600 per “case.” That’s the sort of amount semi-automated “copyright trolls” send notices for — less than it would cost the recipient to get a lawyer to fight, but enough to turn a possible profit on from those who don’t fight.

There’s a fine line between demanding payment from someone who’s ripping you off, and the derogatory term “copyright trolling” — but attempting to automate the legal process is probably where you start crossing it. A claim may be erroneous, fair use and fair dealing exist, and so on — KodakOne’s claimed “artificial intelligence” is unlikely to be able to assess this in legal safety any time soon.

The only people who still engage in such automated legal claims are the movie and record industries, sending notices out to people they think were downloading movies over BitTorrent. This sort of copyright trolling was recently banned in Canada — you can’t send a legal threat that includes a demand for payment for quick settlement, or a link to a web page offering the same.

The press release doesn’t say that KodakOne sent out these putative notices — that would be a legally risky endeavour. And — if they had sent out notices, you can be sure the world would be hearing about “Kodak” demanding money from people.

(Not to mention the question of just how KodakOne’s “artificial intelligence” is supposed to automatically divine the correct email address to send a notice concerning any random web page.)

And KodakOne probably doesn’t want to become Prenda Law, but On The Blockchain.

“Why blockchain?” is another question about this. There’s nothing blockchain about the planned system. In the January 2018 version of the white paper, the “blockchain” part is literally an extra bit hanging off the bottom. (Also, they misspelt “standard” as “standrad”.)

David Z. Morris at Breaker did a fairly softball interview with Cameron Chell of KodakOne, who spoke at length about the project. Chell talks about that $1 million like it’s actual money — but in maddeningly vague terms that, if you look at his wording, don’t make any solid claims.

I was a bit annoyed that David didn’t ask about KodakOne’s recent issues — like “did you ever pay your developers?” and “how did you get a Post-Licensing Platform up and running after the devs you hadn’t paid took the code for it hostage?” — but as David points out, it’s an interesting project, and you normally go in assuming good faith, and not that your subject will just try to snow you.

Ben Munster at Decrypt Media got a bit more pointed, and I supplied a large pile of quotes for his piece.

It turns out that if you’re asking substantive questions, Chell is rather less available — KodakOne sent out a press release, then wouldn’t answer Decrypt’s questions about it for over a day. But I’m sure KodakOne will be fine with the practical results of not talking to the press, and Decrypt finding someone else who would instead. Chell did tell them the following, on the record:

Since October, Ryde—the creator of KODAKOne—has done $400,000 in revenue, and the PLP currently has over an additional $1M in live qualified cases from our beta, which are progressing in an automated manner.

So, that’s $400,000 from an unspecified income stream — and no, that $1 million is hypothetical money that doesn’t exist. As yet.

Amy Castor has been lured to the siren call of freedom! (to starve) and has started a news blog a bit like mine. Her first post is on the KodakCoin mess.

Neither Amy nor Decrypt have managed to get a response as yet from KodakOne’s listed partners, Blaublut Edition and Food Centrale, on precisely what is up between them and KodakOne. This press release is the only public document linking KodakOne with either company.

There’s one big question that nobody’s had an answer to as yet — just how did the third round of the KodakCoin offering go?

The first round made $3.25m, and the second round expected $6.75m but made only $880k. For the third, they were hoping for $73.5m … but apparently it went quite badly. Perhaps they’ll be sending those “post-licensing” notices sooner rather than later.

As Kodak knows very well, sometimes a picture is worth a thousand words. pic.twitter.com/Rn1du6oe4N