I’ve been dredging for documents related to WENN Digital and KodakCoin — there’s a few. SEC mandated filings may be the most stultifying literary form yet created.

But KodakOne/KodakCoin is very much an officially licensed initiative — Kodak speaks of it with some pride. (And the prospect of black on the balance sheet.)

What I can’t find is any mention of the other — completely separate and unrelated — Kodak-branded cryptocurrency folly: the Kodak KashMiner, a foray into Bitcoin cloud mining scams.

There’s no evidence that Spotlite — the licensee promoting this scheme — got a single customer, nor that they had any AntMiners other than the one they brought to CES in January.

Nor is there evidence that … there was ever a product in the first place. 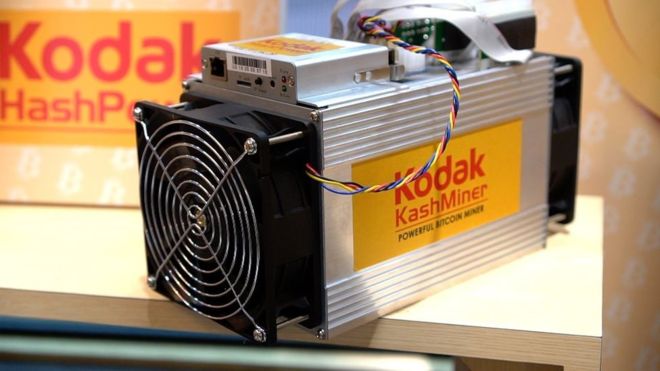 Roll up, roll up — rent our money-printing machines!

But first, let’s look back to the January launch of both KodakOne/KodakCoin and of the KashMiner, at the 2018 Consumer Electronics Show in Las Vegas.

Spotlite America has been a Kodak brand licensee since 2016 — they sell Kodak-branded LED lights and solar power equipment.

(They don’t appear to be related to the musical phone app also called “Spotlite.”)

Spotlite showed up at CES, offering to charge you $3400 to rent — not buy — a Kodak KashMiner for two years.

They spoke of installing the miners at Kodak in Rochester, New York, and running them off spare capacity from Kodak’s in-house coal-fired power plant. They would send you half the proceeds, keeping the other half.

This is about as good an idea as cloud mining ever has been — every instance I’ve ever seen has been a scam. (See chapters 4 and 5 of the book.) 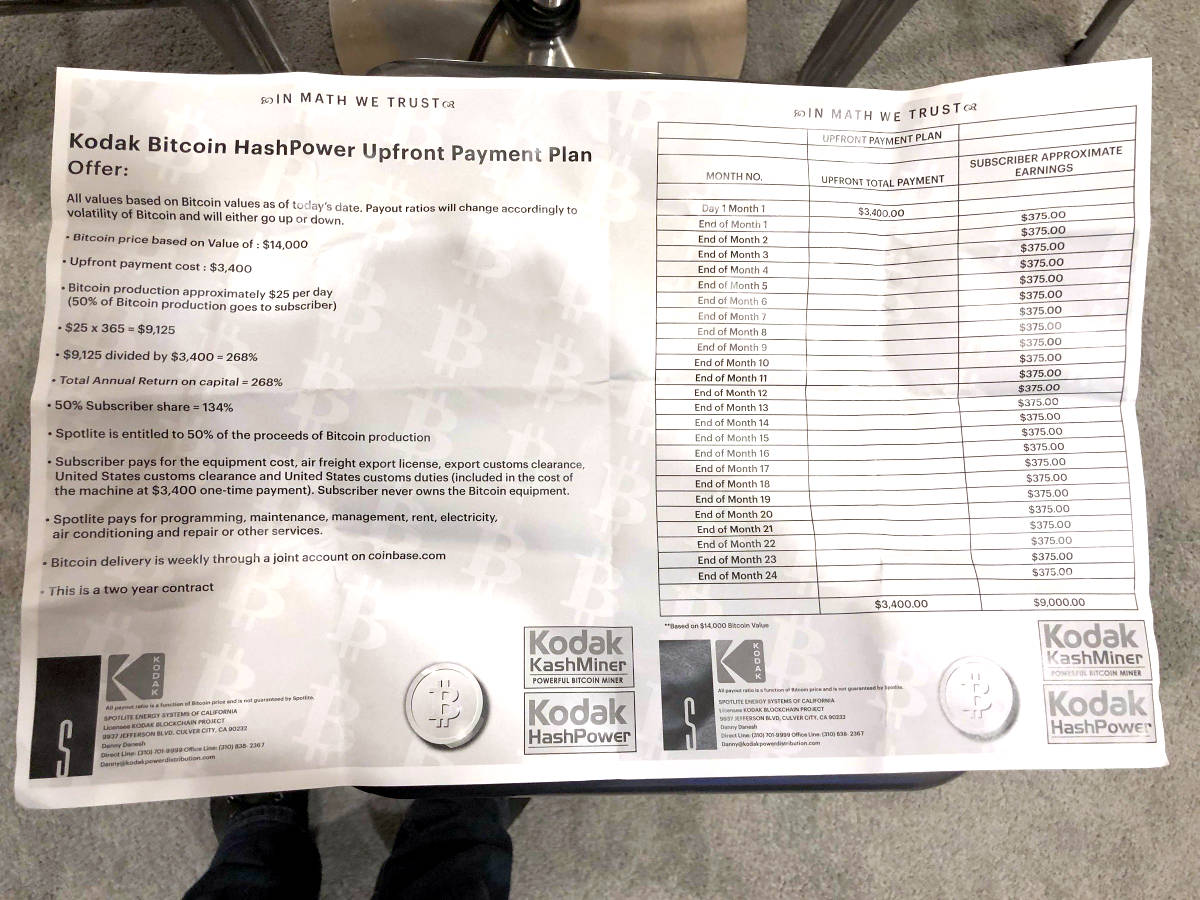 “Your $3,400 becomes $9,000,” he said, adding that Spotlite benefits from low electricity costs of just 4 cents per kilowatt from a local coal-fired plant.

And he told BuzzFeed:

“Kodak has multiple plans in the blockchain industry,” said Halston Mikail, an executive at Spotlite America, whose company licensed Kodak’s name for the bitcoin mining device. “We have a team that’s well experienced,” he added, before noting that Spotlite does not make the device and buys them from an unnamed Chinese manufacturer.

If there’s one thing Saifedean Ammous and I can agree on, it’s the quality of this offering:

Eastman Kodak’s CES 2018 press release mentions all manner of licensees, including KodakOne and KodakCoin — but not the KashMiner. Kodak just … don’t talk about it.

Nicholas Rangel, a Kodak spokesperson, refused to answer questions about the calculations that went into the marketing brochure, which featured an all-caps tagline “IN MATH WE TRUST.” He said that the company would make an official announcement about the program in two to three weeks and also declined to say what company actually made the machines.

That “official announcement” never did come out.

I contacted the Kodak press office, asking if that announcement ever happened. Rangel quickly got back to me:

Thank you for your inquiry. We did not make an announcement, the KashMiner is not a Kodak licensed product.

I’m suspecting Spotlite paid their own way into CES, dragging along an AntMiner S9 with a “KashMiner” sticker on the side, and butted in on the official KodakOne publicity — and Eastman Kodak were left wondering what on earth their licensee was thinking.

But — there’s a website! kodakhashpower.com (archive). And it’s a doozy.

The Terms and Conditions (archive) and Privacy Policy (archive) pages are literally lorem ipsum, standard graphic designer filler text. Duis aute irure dolor — “but the pain of doing your homework” — as Cicero didn’t quite put it. 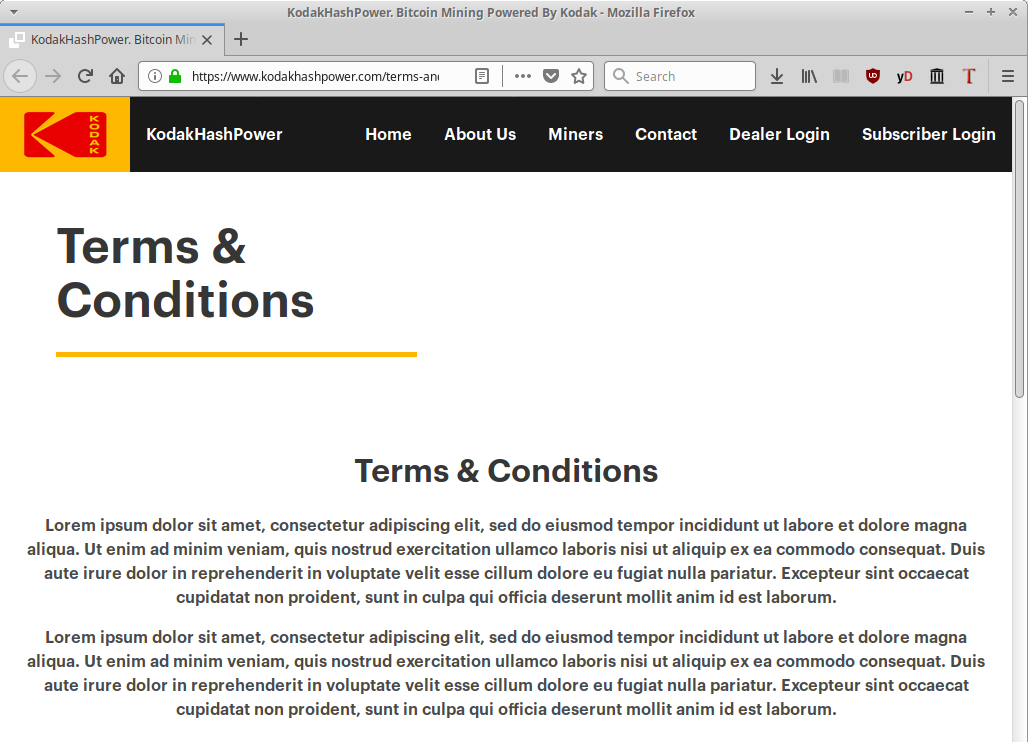 There’s a page of their miner offerings — for Bitcoin, Litecoin, Ethereum, Dash and BLAKE-256. Each is illustrated with literally the same promotional AntMiner S9 photo, with different labels Photoshopped onto it.

There do exist ASIC miners for all these hashing algorithms, from various manufacturers — but the only one that looks like an AntMiner is an AntMiner.

The photo isn’t even Spotlite’s — it’s an official Bitmain promotional photo, as featured on their blog post describing the S9: 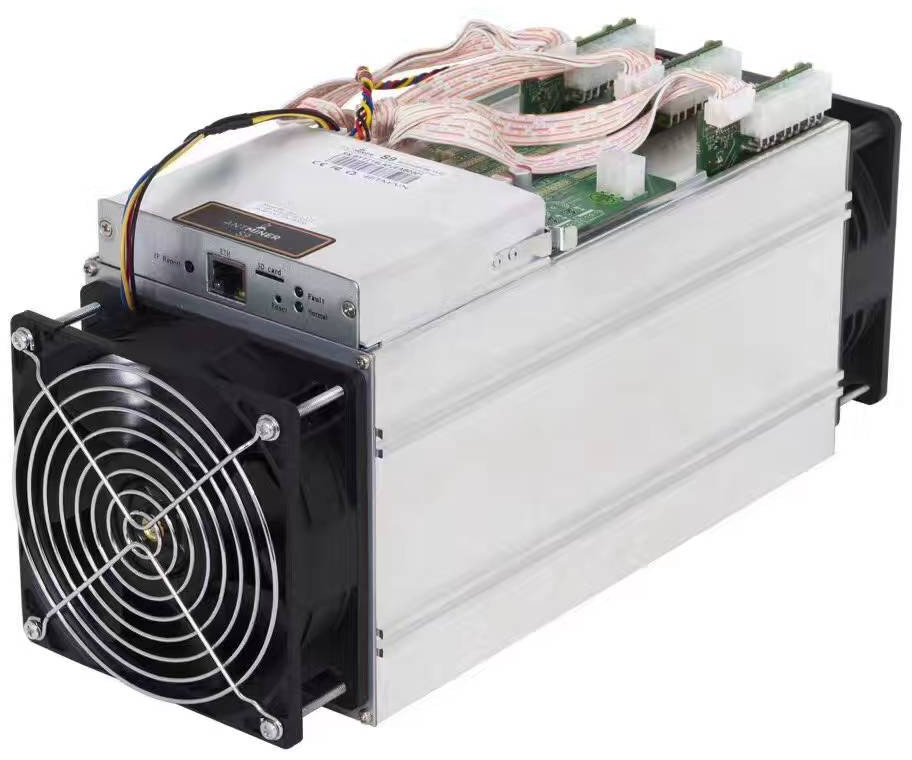 Mikail told the BBC that KashMiner already had more customers than they could handle:

But anybody hoping to join the gamble would have to wait, as capacity is already sold out, Mr Mikail added.

“At this time we have 80 miners, and we expect another 300 to arrive shortly. There is a big pile-up of demand,” he said.

Don’t worry if the price should happen to crash horribly between January and, say, July:

Bitcoin is notoriously volatile and some analysts fear its value could crash, resulting in a loss for those who had paid up-front for mining capacity.

But Mr Mikail said the rigs could be put to work on other tasks if Bitcoin faltered.

You could use them to prop up a table leg, or as a particularly noisy space heater, or to bludgeon ICO spammers.

In the end, there’s zero evidence that KashMiner ever went beyond a CES booth and an unfinished website. It looks like it didn’t … (puts sunglasses on) … develop. (YEEEEAAAHHH!)

Update: BBC News got onto the story as well, and succeeded in getting Halston Mikail on the phone. “Spotlite’s Halston Mikail said the US Securities and Exchange Commission (SEC) had prevented the scheme from going ahead. He said the company would instead run its mining operation privately with equipment installed in Iceland, instead of renting capacity to consumers.”