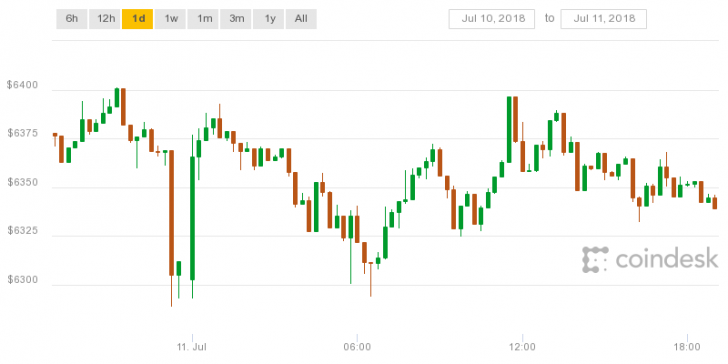 It sure doesn’t get more organic than that chart around 00:00 July 12 — mountains of BS are an organic product, right?

A common proposal is to outsource your oracle to a prediction market — humans betting on predictions — that is also on your blockchain, such as Augur. Somehow, the outcome of a bet is supposed to substitute for direct knowledge of an event having happened or not, with sufficient confidence in the process to let it affect your money. If your question isn’t popular enough to attract sufficient uninvolved wagers — it would often be worth it for one party to just bribe the bettors – you will still have the oracle problem in determining whether the event has in fact occurred. You can’t get rid of the human element by adding another layer of indirection — it’s oracles all the way down.

(Augur has openly bragged that they think running on a blockchain means they can dodge US government regulation on gambling and derivatives, which led to the shutdown of previous prediction markets, despite being a single company with known principals.)

FYI I did actually finish this project in ~2015https://t.co/qBThUFwcNP

Not that I mind other people trying, but there is extreme deception in Augur. Their "March 2018" whitepaper is basically just mine plus a bunch of bizarre decisions. https://t.co/fLNc4C3mQ8

A Twitter DM – “Anyway we can buy retweets off of you, it won’t be promoting anything but information about Blockchains. We’re trying to create a transparent and informative account to educate our followers, thanks!” What should I charge? #transparent #informative

CRYPTOTWITTER: Bitcoin is the RedBull to Tether’s Monster Energy Drink. I know what you’re thinking: “What’s he talking about?” JUST HEAR ME OUT. THIS METAPHOR IS LEGIT.

I feel like in less than 5 years from now, IOTA will be a case study in a text book on why you don't roll your own crypto.

Every FT writer has been retweeting this

This bit of the Brexit white paper seems to have been written by someone trying to describe the blockchain without using the word "blockchain".https://t.co/tmMKL3cMwJ pic.twitter.com/o86FpSxcwQ

in theory bitcoin and blockchain are completely different

I have a new favorite way of dealing with bitcoin nerds pic.twitter.com/dJr7Gz78zy