by Amy Castor and David Gerard

This is a draft of part one of the history chapter for our planned NFT book. Corrections and nitpicking are most welcomed!

This stuff is a bit tangential to NFTs and we may cut a lot of it later.

Part two will be over on Amy’s blog. Don’t forget to sign up for Amy’s Patreon! [Amy Castor; Patreon] 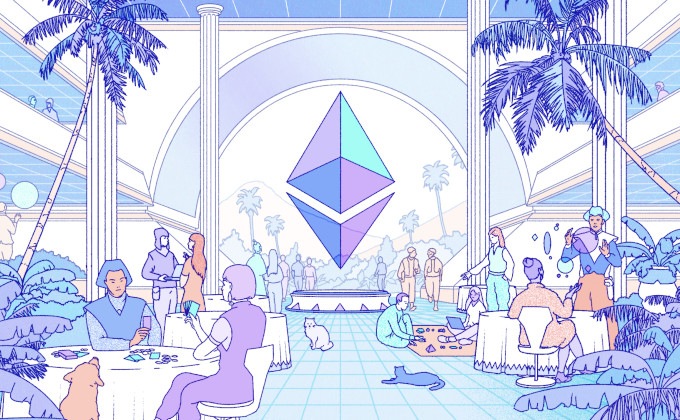 How did the NFT grift begin? Like so many things in crypto, it didn’t happen overnight — it evolved.

In January 2009, bitcoin debuted with little fanfare. There were no cryptocurrency exchanges, and bitcoins weren’t really worth anything. You could barely give them away.

In May 2010, someone bought two pizzas for 10,000 bitcoins — and even then, he just sent the bitcoins to another bitcoin user who bought the pizzas for him. But the “bitcoin pizza” was huge news at the time, and is still celebrated by bitcoiners today as a landmark event in cryptocurrency history.

Two months after bitcoin pizza day, a programmer named Jed McCaleb decided bitcoin needed a single place to connect buyers and sellers. He created Mt Gox, the first bitcoin exchange. A year later, McCaleb sold the exchange to Mark Karpeles, who lived in Tokyo. Since you could wire cash directly to Mt Gox and set up an account, it became much easier to buy and sell bitcoin, and bitcoin started to go up in value.

A growing flock of crypto enthusiasts saw an opportunity to use the bitcoin blockchain to keep tabs on items other than digital money. They started coming up with ideas on how to use bitcoin to track things like domain names, property deeds — and even art.

Bitcoin’s software is open source, so most of these platforms were either based on bitcoin’s code or built atop the bitcoin blockchain. Every new idea came with its own magical new private money. At the end of the day, crypto is all about creating your own money and getting rich for free.

The earliest ideas for NFT-like concepts came along even before bitcoin.

The first mention of something that worked like an NFT dates back to the 1990s, when a group of privacy activists known as the “cypherpunks” were thinking of electronic money — specifically, e-money that could circumvent the government, so they wouldn’t have to pay taxes.

In January 1993, cryptographer Hal Finney suggested “cryptographic art,” in the form of trading cards as a way to sell cryptographers the idea of an anonymous form of digital cash:

Notice the fine way the bit patterns fit together — a mix of one-way functions and digital signatures, along with random blinding. What a perfect conversation piece to be treasured and shown to your friends and family.

(Finney’s unimplemented proposal is probably too trivial for the book. But we thought the completists might like it for the blog version.)

The first project to try to use blockchain tokens to represent something other than money was Namecoin, launched  in 2011.

Namecoin was based on the bitcoin codebase. It was a decentralized domain name system, or DNS, where you could register and manage website names with the top-level domain .bit served by the Namecoin infrastructure. “Names” were represented by unique tokens on the blockchain. The idea was to create domain names that were uncensorable, so no government could shut them down.

It cost nothing to register a domain on Namecoin. So users grabbed domain names left and right in the hope they might be valuable in the future. At one point, someone registered every noun in the dictionary.

“Colored coins” proposed to take a few satoshis (the smallest fragment of a bitcoin — one one-hundred-millionth of a bitcoin) and “color” or tag them with a unique symbol. These “colored coins,” unique coins in their own right, could then be used to represent real-world assets.

Note that you could never actually put the real-world asset on the blockchain. The only “decentralized” thing was always the token.

By this time, a 19-year-old Russian-Canadian named Vitalik Buterin had abandoned his university studies to travel the world and study bitcoin. He was disillusioned by World of Warcraft, as his favorite character’s powers had been cut down. He wanted to pursue something new.

Decentrally managing ownership of digital collectibles such as original artworks ­just like art collectors buy and sell original copies of famous paintings for millions of dollars today, colored coins allow us to do the same with purely digital objects, such as songs, movies, e­books, and software, as well, by storing the current owner of the work as a colored coin on the blockchain.

Namecoin made a new cryptocurrency by copying the bitcoin code and tweaking some parameters. Others realised they could do the same, and many created their own magical internet money. These “altcoins” became increasingly popular.

The altcoins all promised to do something bigger and more spectacular than bitcoin. They were, of course, almost all just made-up magic beans for speculation. Developers would launch a coin and keep a pile of “premined” tokens as a way to pay themselves and cover the costs of marketing. If the coin went up in value like bitcoin, they too could get rich!

But every time you wanted to launch a new coin, you had to bootstrap an entirely new blockchain. This was a lot of work. Wasn’t there an easier way to make up some free money?

In July 2013, Mastercoin introduced a solution. You could create new cryptocurrencies with new rules on how they operated — on the bitcoin blockchain. You no longer had to launch a new blockchain.

Similar to colored coins, Mastercoin was sold as a way to track assets on the blockchain — commodities, stocks, bonds, and currencies. You could create a new token on the Mastercoin platform and it would become a stand-in for that asset. Of course, anyone who owned the token had to trust that you were backing it with the underlying asset you said you had.

Mastercoin raised $500,000 in bitcoin with what is commonly regarded as the first initial coin offering (ICO).

A major limitation with Mastercoin was that you could create new currencies, but you couldn’t create more complex rules around those coins. By the end of 2014, the platform’s native token, mastercoin (MSC), was nearly worthless.

Mastercoin rebranded to Omni in early 2015. Omni became best known as the platform for the “stablecoin” token Tether — a popular dollar-pegged stablecoin with dubious backing. Today, there are more than 70 billion tethers in circulation, and nobody is too sure if there’s $70 billion in actual dollars or assets there to support the tethers.

Smart contracts are bits of computer code that run on a blockchain. You can think of smart contracts in terms of “if-then” statements — I’ll pay you X, if Y happens first.

Counterparty was founded in January 2014 by Robert Dermody, Adam Krellenstein, and Evan Wagner. Like Mastercoin, it allowed users to create new coins running atop the bitcoin blockchain — and it had some smart contract capabilities.

Counterparty had its own native currency, XCP, which was used to pay for the performance of smart contracts. It also had its own crypto wallet and a decentralized exchange, where users could trade the coins they created.

Counterparty became the platform for many early ICOs. In 2014, Counterparty was part of a plan by Overstock to issue and trade securities on a blockchain. The initiative, originally named “Medici,” eventually became Overstock’s tZERO.

Vitalik Buterin, who had also contributed to Mastercoin, was growing increasingly frustrated with the limitations of the projects hoping to extend bitcoin. They were all trying to get bitcoin to do something it wasn’t really designed for. Bitcoin’s scripting language was limited, so you could only write simple smart contracts.

Buterin had ideas for using a blockchain to do all kinds of things, including savings wallets, crop insurance, prediction markets, peer-to-peer gambling, and decentralized exchanges.

With the help of four other founders, Buterin launched Ethereum on July 30, 2015.

The first popular use case for Ethereum was as a launchpad for unregistered penny stock scams. “Buy our pre-mined altcoin” was replaced with “buy our ICO token” — an even simpler way to create your own magical internet money.

ICOs would raise funds for a claimed enterprise, which might or might not make sense; the real pitch was “buy this and we all get rich for free.” By 2017, projects based on loose ideas and hastily scribbled whitepapers were raising tens of millions of dollars in bitcoin or ether in the blink of an eye. The SEC came down hard on ICOs, and they had largely disappeared in the US within a few years.

Because Ethereum made it so easy to launch tokens, the platform became the launchpad for thousands of ICO tokens from 2017 to 2018, helping push bitcoin into its second big bubble. Over the course of 2017, the value of one bitcoin climbed from $806 in January to nearly $20,000 by the end of the year.

Ethereum developed token standards: ERC20 for fungible tokens, and later ERC721 for nonfungible tokens. Because these tokens were developed with a standard, they could be instantly incorporated into the entire crypto ecosystem — digital wallets, crypto exchanges, and NFT platforms.

This meant that new tokens were easily tradable, sometimes from the moment they launched. Free money became that much easier, and more people started getting into the game — including venture capitalists, who saw an easy path to cashing out on their investments.

Ethereum would eventually become the main platform for NFTs and NFT marketplaces.

NFTs finally hit the big time in late 2017, near the peak of the bitcoin bubble, with the launch of CryptoKitties. But there were a few other attempts at NFT-like crypto assets before the cat pictures that took down Ethereum.

13 Comments on “The prehistory of NFTs”