Amy Castor asked her favourite nocoiner luminaries for their blockchain predictions for 2021. [Amy Castor] Here’s an expanded version of my answers. 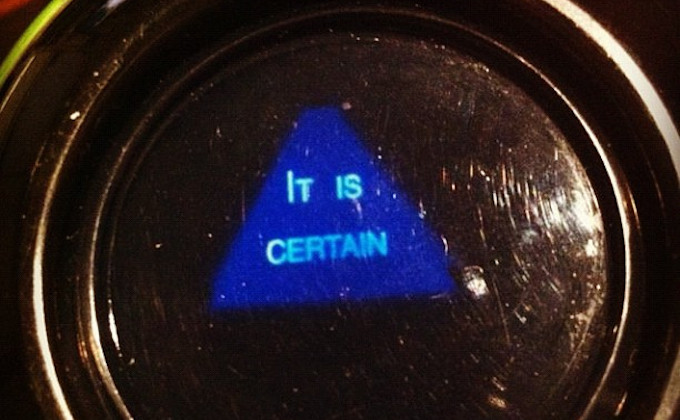 The loving eye of Sauron

Crypto: “Bitcoins are serious money that finance should take seriously! Take us seriously!”
FinCEN, Treasury: “Sure!”
Crypto: “No, not like that,”

2021 will see more regulation of cryptocurrency — as coiners discover to their dismay just how incredibly regulated real-world finance is.

Just wait until someone sits them down and explains regulatory real-time compliance feeds for trade surveillance. The Stablecoin Statement from the US Treasury in December last year included the following paragraph: [Treasury, PDF]

To facilitate well-functioning payments and trading markets, stablecoin arrangements should put in place data management systems to record and safeguard data and information collected and produced in their operations. Reliable processes should also be employed for the recording, retention, and reporting of real-time data, including price and transaction information, for dissemination to market participants and regulators.

But you know, that sort of thing is completely normal in finance. Every trade, every voice call, every chat channel — recorded and fed to regulators in real time. Because traders in real finance also get up to whatever shenanigans they can, and this is what it takes to get them to behave.

(This is one of the main ways the CFTC busts traders for spoofing and so forth — because the traders so often plan this stuff in compliance-recorded channels. Smart doesn’t mean not dumb.)

(OK, they don’t generally get everything about everything. There’s such a thing as pushing back against unduly burdensome compliance obligations.  But monitoring of transactions is quite normal, and monitoring and recording chats and voice is something that regulators can do and have done.)

We’re currently in the throes of a completely fake Bitcoin bubble. This is fueled by billions of tethers, backed by loans, or maybe bitcoins, or maybe hot air. Large holders are spending corporate money on bitcoins, fundamentally to promote the value of their own holdings.

Retail hasn’t shown up — there’s a lack of actual dollars in the exchange system. One 150 BTC sale last night (2 January) dropped the price $3,000.

If 150 BTC crashes the price, then almost nobody will be able to get out without massive losses. The dollars don’t appear to exist when tested.

DeFi failed to get retail into crypto, and the crypto venture capitalists seem to have lost interest — so they’ll come up with some new shell game to extract nickels from the degenerate gamblers.

I could predict the guillotine will finally fall on Tether — but I predicted that for December 2017, and these guys are amazing in their ability to dodge the blade just one more day.

On 15 January, iFinex has to front up to the court and officially admit what they said in September:

The current Tether pump looks very like a last-ditch attempt to get the last remaining actual dollars out of the system, and into the hands of the large holders.

Nothing has changed in crypto since 2011

There will continue to be no use cases for crypto that absolutely anything else does better. Everything the Buttcoin Foundation was talking about in 2011 is still dumb and broken. [Buttcoin]

The idiocy manifested the moment you could reliably trade bitcoins for actual money. The particular technological handwave changes from time to time — bitcoins, altcoins, ICO tokens, DeFi — but the scams are still the same, and so are the suckers who fall for them.

Coiners in general have no memory or sense of history of what is, allegedly, their own area. If you have anything riding on any of this, you need to read up on the early days. Buttcoin Foundation, and everything Tim Swanson ever wrote for a more sober and detailed version. [Great Wall of Numbers]

The buttcoiners turned out to be the historians for crypto.

I stuck my neck out last year too — how are my psychic powers doing?

I’ll go so far as to predict another mainstream crypto bubble won’t start in 2020 — I think it’s too early, and we haven’t grown back a fresh crop of suckers. The sort of people who are desperately seeking a get-rich-quick scheme, but don’t remember the 2017 bubble.

I was right on no new retail interest — but, through judicious application of billions of tethers, and holders spending company money on bitcoins, crypto is back in the news! Though I think that’s less like winter ending and more like massive space heaters.

All new hype in the crypto sphere in 2020 will be slightly-rebranded scams to squeeze the remaining actual dollars from the few obsessive gamblers still day-trading cryptos.

The price of Bitcoin could go up, down or sideways. It’s whatever the margin traders need it to be that day.

c.f., the charts in the past month.

Some “blockchain” projects will see production! Almost all of these will be centrally-administered systems where the blockchain is just a data store, and the others will be much the same but coming up with new excuses to say they aren’t.

The press release machines haven’t been pushing “blockchain” so hard.

There will be enough venture capitalists funding “blockchain” projects to make people who should know better think this is good news for (the price of) Bitcoin, and isn’t all just the sort of VCs who were foolish enough to buy Gram tokens setting even more money on fire.

DeFi — look at how Andreesen Horowitz got Compound listed on Coinbase in June for a worked example.

Successors to IEOs and DeFi — the broader category of Initial Sucker Offerings — will surely make number go up! The promises will sound like a pseudoscientist explaining a perpetual motion machine, where he explains every little detail except where the free money/energy comes from. You will be assured that institutional investors are heavily into this.

No successors, just DeFi. When that didn’t work, they just printed tethers like there was no tomorrow. And when the New York Attorney General comes calling in January, there might not be!

The comedy godl will continue.