I’ve been working on the Libra book — specifically, the July 2019 US Senate and House hearings, with David Marcus.

Nobody else seems to have said this — but I’m pretty sure the Senate and House hearings are the precise moment that Libra, as presented in the white papers, was a dead project. Everything since then has been the hot air slowly wheezing out. 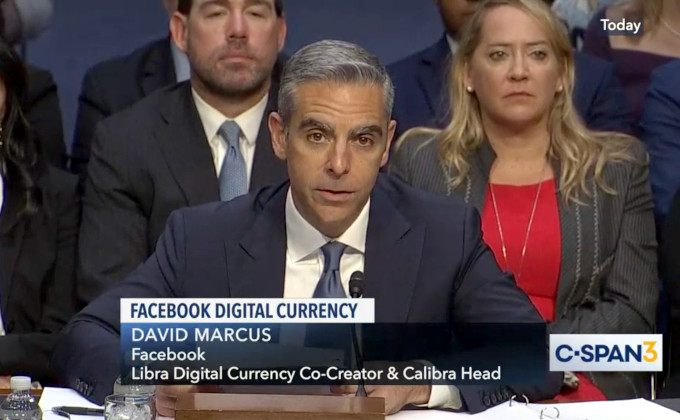 The media coverage at the time doesn’t really paint this picture — but that was written quickly to deadline, based on bits of the audio. I have the luxury of the C-SPAN closed-caption summaries, video to check precise wording, and future knowledge of just what the tricky points turned out to be. [C-SPAN Senate hearing; C-SPAN House hearing]

I’ve spent about twenty hours on the hearings so far, and that’s just summarising them. If I’m not literally the first person to go over the C-SPAN summaries, I am one of extremely few. (Like, I’m sure someone at Facebook prepared a transcript.)

Republicans and Democrats united in a spirit of true bipartisanship — they hated everything about Libra the moment they saw it.

Politicians are mostly not stupid. You get the occasional omni-incompetent dunderhead, or someone promoted above their abilities — but for the most part, you have to be reasonably bright, or you’ll get eaten alive.

And, of course, the job selects for good talkers, who can express themselves concisely and eloquently. I thought my June 2019 Foreign Policy piece went in hard [Foreign Policy] — but I got nothin’ on the honorable gentlemen and gentlewomen. They nailed every issue in vicious detail. I could easily just restate my theses using their words.

Regulators and legislators had Libra’s number immediately — they knew this species of dumbassery, and they knew that these Bitcoin-VC bros were absolutely stupid and arrogant enough to do another 2008 all by themselves:

And so much more.

My favourite part so far is from Gregory Meeks (D-NY05):

I can say with confidence that the entire subprime mortgage ecosystem did not set out to bring the global finance system to its knees, I can say with confidence that it did not set out to trigger the Asian financial crisis, but it nearly broke the global markets. And I can also say with confidence that the deregulation of the early 1980s and bankers did not set out to trigger the savings and loan crisis, but it did. Not only that, they all typically founded their logic on innovation, expanding access to financial services and arguments of inclusion. And yet they all broke the system. And the people at the bottom of the socioeconomic ladder systemically paid the heaviest price. So you may be speaking earnestly when you tell us the lofty goals, but I was here in Congress when Secretary Paulson came to us and told us we were within days of a complete shutdown of the global financial system. I don’t expect you to understand what that was like, but I assure you it was absolutely terrifying and one of my worst moments in Congress.

(that’s the closed captions — I haven’t yet checked it closely against the video.)

I also did three out of the five external witness statements this evening. These are similarly brutal. I particularly recommend the statements of Chris Brummer and Katharina Pistor. [US House Committee on Financial Services]

tl;dr: as soon as a blockchain scheme gets in front of the adults — it’s dead.