For the legal industry, success depends on the promise of transparency and auditability for all participants. The ANB will allow organisations to digitally manage the lifecycle of a contract, not just from negotiation to signing but also continuing over the term of the agreement, with transparency and permissioned-based access among all parties in the network, by using blockchain-based smart contracts to trigger business processes and events. These contracts contain smart clauses which have the ability to record external data sources, such as Internet of Things (IoT) device data and self-execute if specified contract conditions are met.

The platform will represent a significant new piece of infrastructure in Australia’s digital economy. The ANB will soon invite regulators, banks, law firms and other Australian businesses to participate in the pilot, which is expected to start before the end of the year. Should the Australian pilot be successful, the consortium intends to roll out the technology to other markets beyond Australia.

So, it will be a … database platform! And it runs a computer program — sorry, smart clauses — when a given condition is met! The legal industry really needs this, apparently.

At present it’s IBM-backed hot air, with only a concept as yet. But it’s gonna be great!

The ANB was announced in a CSIRO press release on 29 August 2018 — New blockchain-based smart legal contracts for Australian businesses.

They’re marketing this to the legal side, playing on the buzzword “smart contracts.” That is, the weird and deceptive rebranding of database triggers and stored procedures — which are just computer programs — as contracts, that are smart, so they must be pretty much magical:

“Technologies like blockchain are set to transform the legal industry and the wider business landscape as we know it,” Natasha Blycha, Blockchain and Smart Legal Contract Lead from Herbert Smith Freehills said.

The press release uses the word “potential” and “could” a bit much for the tricky bits.

Herbert Smith Freehills is all about perpetuating this confusion, in the hope that “distributed ledger technology” will bring them business:

One of these challenges is to understand how so-called ‘smart contracts’ may be treated under the law as it stands today and to what extent it is necessary for the law to evolve in order to keep pace with the digitisation of business practices.

The King & Wood Malleson side have been pushing “blockchain” hard too, or something of that name. I wish I could say that “Technology Meets Dispute Resolution on the Belt and Road” by Meg Utterback of KWM — a pitch for work on China’s Belt and Road Initiative — was unusually incoherent, uninformed and uninformative for a blockchain white paper.

Yes, but what actually is it?

Natasha Blycha, from Herbert Smith Freehills, is the legal face of the Australian National Blockchain. She talked about the ANB on Blockheads TV.

Blycha came to the initiative as a technology lawyer. The driving force was not an outside need that smart contracts on blockchains could fulfill — it was to make “smart contracts” themselves legally viable. It seems that computer programs aren’t actually the same as legal contracts.

(In an earlier presentation, Blycha talked about contracts being marked up in handwriting — and implied that the legal profession was being deprived of computerisation itself by smart contracts not having legal status as contracts.)

The interviewers — who are pro-blockchain guys — asked who, specifically, would be using this thing: “Hopefully the government will be able to benefit from it … and also the big end of town, your large corporate entities.”

At no point did Blycha answer what use cases the system had, in any specific terms — apart from “building the ecosystem.”

When pressed once more with “Do you want to give us an example of where that’s operating with one of your clients?” (6:06), Blycha paused with a stunned mullet fixed smile for several seconds, then started talking in generalities about the concept of smart contracts.

It seems the oracle problem — getting real-world data into your smart contract without human inspection — will be solved by, ooh, an Internet of Things sensor on a weigh bridge detecting a load has arrived … and never mind that a human would still need to check that the load was what had been contracted for.

None of this bafflegab addressed any of these obvious problems with smart contracts — Blycha talked at length, but noticeably avoided answering the hard parts.

(Chapter 10 of Attack of the 50 Foot Blockchain is an entire book chapter detailing the incredibly obvious problems with “smart contracts.” I foolishly thought this might conclusively knock the notion on its head. I reckoned without the power of the blockchain white paper industry.) 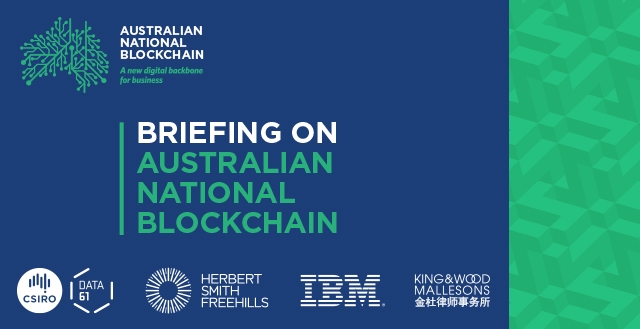 The substance: none of this exists yet

Went to the briefing last night.

So feels like one of those things where the word “blockchain” is inappropriately appended for marketing purposes. They will change the name within 12 to 18 months, is my bet.

I sort of feel for the lawyers pushing it — they have a (correct) inkling that, somehow, someone (Google, Amazon, SAP, Oracle, etc.) is going to come and automate away a lot of low level scut work to do with contracts and paralegal work, through some mechanism of IoT sensors recording like literally every data point for everything to do with the supply chain, and then that linking up to some big automated database that just does routine contract stuff like record delivery, consignment notes, payment to suppliers, etc., etc.

It is just as applicable to low level financial contracts like securities lending agreements (where there is a standard form agreement the whole industry uses).

So they want to somehow get ahead of that and create the system that is the “public utility” backbone that this runs on. There is also some natural justice implications, in that, if lots of contracts are going to be semi-automated smart contracts that run on a big database, wouldn’t you rather that database is run by a consortium with government oversight/NGO participation and not just run by, say, Google.

The guy from IBM was actually Paul Hutchinson, VP Blockchain Asia/Pacific & VP Cognitive Process Transformation. This is him on stage with Natasha. I’m skimming it now, but the content is very similar to the briefing.

I commend to you the words of the Digital Transformation Agency to the Australian Senate last month:

For every use of blockchain you would consider today, there’s a better technology.

One Comment on “The Australian National Blockchain: centralised IBM “smart contracts” for lawyers — with no code yet, only concept”