Eddie Hughes is the Conservative MP for Walsall North. He works with Freer UK, a libertarian-leaning think tank set up by a group of Tory MPs. They’ve just published his report: “Unlocking Blockchain: Embracing new technologies to drive efficiency and empower the citizen.”

The report is full of exciting ideas — but only the excitement, and not the necessary substance. 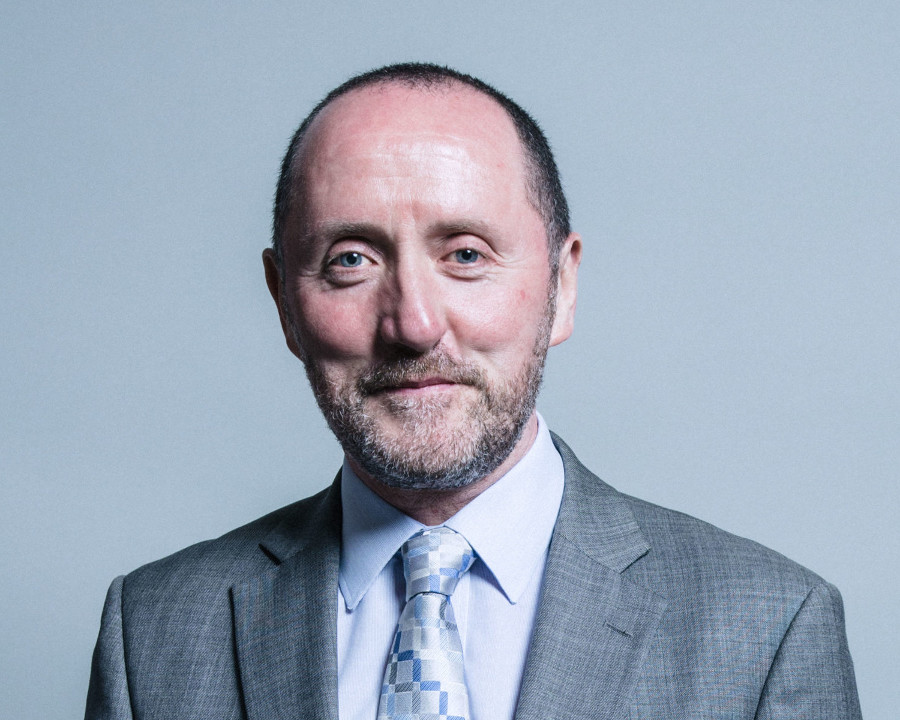 Hughes has mentioned blockchain a few times in Parliament. Jemima Kelly from the Financial Times spoke to him for FT Alphaville:

I’m just a Brummie bloke who kept hearing about blockchain, read a bit about it, and thought: this is interesting stuff. So I came up with this idea: blockchain for Bloxwich.

Maybe in some ways I have not completely understood what the application could be, but the idea that transactions are more secure, auditable and unchangeable could have applications for my constituents.

This is a case where someone of good will has reasonably thought “there’s no smoke without fire” — and not realised just how many fog machines are in play.

To be fair, the blockchain hype is immense — and you bet the blockchain marketers are actively targeting politicians, as with the awful EU motion a few months ago.

The paper’s introduction is unadulterated blockchain boosterism. There are many misunderstood details, e.g., “whereas ‘Ethereum with Casper’ will be public but permissioned.”

The report quotes several other “blockchain” papers that have no technical detail either — but lots of juicy hypotheticals. It’s the same list of hypotheticals you’ve seen a thousand times, copied and slightly garbled yet again.

This is the cycle of blockchain hype — someone says something that sounds really cool, someone else quotes it misunderstanding it, and they all re-quote each other in circles. The actual content is never substantiated — but it all sounds terribly exciting!

All the claims in “Application opportunities” are future-looking, and, if you check the references, very tenuous indeed — lots of nontechnical survey opinions that blockchain is the future and you could save billions … from people who aren’t in fact using it in production.

The libertarian promises of Bitcoin Blockchain

Bitcoin was predicated on extremist libertarianism — not just a political leaning to less regulation, more freedom, less restrictions on business and so on, but absolute anarcho-capitalism with no regulation.

(The book that does the research on extreme libertarianism in Bitcoin is The Politics of Bitcoin by David Golumbia — UK, US — which was essential to chapter 2 of Attack of the 50 Foot Blockchain.)

These promises are the subtext of the remarkable claims of blockchain — keep in mind that the disparate technologies that have been marketed as “blockchain” have only the hype around a particular set of unlikely promises in common — and Hughes heard the whistle.

The paper goes hard on libertarian ideals — the “fundamentally liberalising approach to data storage” of DLT and blockchain, “why supporters of classical liberalism — lovers of freedom — should embrace these kinds of new technology” and “we can use a mix of classical liberal values and new technologies to strengthen individual freedom and improve the life chances of all.”

This is clearly the attraction of blockchain ideals for Hughes — but he doesn’t substantiate how this follows at any point, taking it on faith that blockchain will automatically achieve it all.

So, it could be argued, for example, that the government should not create a cryptocurrency in which every penny can be traced, but rather that it should use the opportunities of these new technologies to forge a banking system that decreases costs, inefficiencies, and the need for ‘middle-men’ intermediaries.

Anarcho-capitalism doesn’t work in the real world, though. So what we see in practice is that the cryptocurrency world has rapidly recreated the full panoply of financial middlemen — but incompetently.

Hughes is very taken with “The Estonian model” — the fabulous success of Estonia’s KSI Blockchain … which isn’t even a blockchain. Hughes was thoroughly convinced by the reports from Estonia (the country he’s talking about in this tweet):

I took the opportunity at PMQs today to highlight the benefits of #blockchain technology, which in some countries has saved upto 2% of GDP. My blockbuster paper on blockchain will be published by @Freer_UK later this month. pic.twitter.com/5Ues1p2itw

It’s possible that Estonia have done something right that’s worth looking into. But whatever it is needs to be analysed and discussed in mundane technical terms and what precisely is, and is not, being done — no forward-looking statements, no aspirational hype, and without using the words “blockchain” or “DLT.” Because KSI is literally just a ledger.

The second sentence of “Dubai and elsewhere: comparisons, competitions, and challenges” starts:

Just how many layers of disclaimers do you need to put on your own assertions?

(By the way — does anyone know what Dubai is verifiably doing with government blockchains? Is there a production system in use? Pilot programmes? Or is it just the sea of press releases? After years of press releases, the closest I’ve seen so far is the announcement of yet another IBM-backed pilot — apparently a plain business registry will work better if you use a blockchain as the database.)

The pitch to government

The key promise of business blockchain is that all organisations have bureaucracy, and blockchain will make it more efficient. The “Departmental application” section addresses the governmental bureaucracy of the UK.

The section is mostly about the 2016 UK government paper, “Distributed Ledger Technology: beyond blockchain.” I got stuck into this in chapter 11 of the book:

It was literally written by the companies and consultants selling blockchain and smart contract hype, the overview buys the hype wholesale with fantastic claims of present-day capabilities that are not true of any existing blockchain, its “case studies” are largely hypothetical and it has way too many typos for a report anyone cared about at any stage. It reads like an end-of-term assignment written in a single desperate overnight caffeinated tour de force. The accompanying video is vastly improved if you imagine it being narrated by Philomena Cunk.

The meat of the report was a complicated plan to put all UK welfare spending on a single blockchain — purchases only being possible through a DRMed smartphone — for the purpose of fine-grained monitoring of spending habits.

If Universal Credit were delivered via blockchain, for instance, would administrative expenses be substantially reduced?

A few welfare trials were run with GovCoin, but the plan proved unworkable, even for the department behind Universal Credit, and the pilots went nowhere — as Hughes notes in passing. This section is a list of terribly exciting failed initiatives.

The “Coordination” section then starts:

We clearly need more national urgency in this area, however.

— despite having just shown that we probably don’t.

What we need now, therefore, is a more transparently coordinated response to how DLT can aid public-service provision, instead of standalone departmental ‘proof of concept’ projects.

That is — everything we tried before failed, because it was no good — so let’s do it again, but harder!

Government departments should lead the way, therefore, and each put in a place a long-term target of making a 1 per cent efficiency saving, by embracing these new technologies.

The assumption seems to be that — given the huge savings mentioned previously — a mere 1% should be no trouble. But remember that all of the claims of savings were hypothetical, and none were empirical results.

Blockchain and associated technologies offer an unrivalled opportunity to begin to review and redesign the UK’s data systems.

… And a public-facing ‘Chief Blockchain Officer’ should be appointed from within the government’s existing taskforce to coordinate the UK’s strategy regarding the application of DLT to public services and data.

Review is good! Pre-ordaining a technology that, after nine years, still has no track record to show … is unlikely to be good.

This report sincerely attempts to present an exciting new technology that Hughes thinks could be of tremendous importance. But it falls down in presenting only the excitement — and backs it with no demonstrable substance.

May as well appoint a Chief Integer Officer or an Array Czar while they are at it: https://t.co/GzPFUCHafl