Propose a word for this: When a blockchain project makes serious errors in their base consensus protocol, and when it's pointed out or discovered, they can't easily hard fork, so they double down on their previous bad decisions, and/or paint it over with complexity and excuses.

EOS token bagHODLers might be worried that this will negatively impact the price of their "investment".
Rest assured that your tokens are absolutely unrelated to EOS, or anything else. They were worthless and useless from the beginning. https://t.co/TqFe3pzLJJ 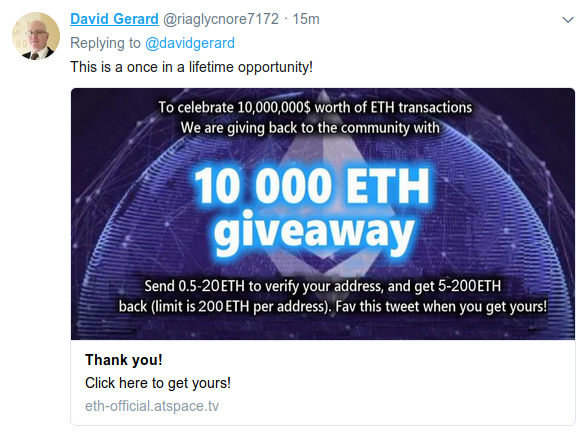 I approached The Wall Street Journal to ask if they're supposed to disclose whether or not @paulvigna holds Bitcoin and Altcoins and they told me the best way to find out is to, "Ask him nicely."

I believe an institution with integrity would disclose that on their own. Weird.

if CNBC put conflict-of-interest ownership disclaimers on its crypto coverage, they’d be as long as the article itself.
Also you should TOTALLY buy [altcoin-of-the-week]
(next week: said coin crashes)

Crypto is like being a mall ninja, an Internet Tough Guy, *and* a Navy Seal Pasta.

lmfao the doorbell was torn off, the lobby empty, the back porch flooded, and the power cut off for nonpayment pic.twitter.com/2ESyvJ7oGv

i hate it when i slip up and do that