Pete Rizzo from CoinDesk asked for a contribution for their end of 2017 retrospective. I sent in the text below, though I was unsure it was precisely the sort of thing he was after. He rewrote it in house style, which is fine — he knows his audience better than I do, and I checked the rewrite before it went live with my name on it — but I thought you might enjoy the original.

The Bitcoin world is relentlessly optimistic, in the face of all news, positive or … differently positive.

Anyone even suggesting using something they’ve called a “blockchain” is quickly seized upon as further evidence of the impending world domination of Bitcoin. “Could” becomes “will” becomes “is” … even though “could” is a word that means “doesn’t,” and tends in practice to end up meaning “won’t.”

This is how we get to a state of affairs where the only Reddit subforum where you have any chance of talking sensibly about cryptos, without stepping on the toes of relentless advocates or company interests, ends up being the one with “butt” in the name.

A bit of applied sceptical thinking turns out to be useful. You can get amazing results just by asking yourself “wait, what’s the evidence this is even a thing?”

Blockchain was great again in 2017, or Blockchain(tm) at least, where consultants did their best to convince people that a transaction ledger in a Merkle tree was a fantastic new innovation in business data processing, and not a structure we’d had since 1979 or software (Git) we’d had since 2005. And that a new transaction ledger format will magically clean up your data and make it all interoperable.

The trouble with “the cloud” or “NoSQL” is that these are specific technologies with measurable effects. Blockchain(tm) doesn’t suffer this limitation. It doesn’t even have to be a blockchain, e.g. Estonia’s much-touted KSI “Blockchain,” and you can claim a Blockchain(tm) when you’re running it as a database cluster with you as the only user, e.g. the World Food Programme’s Building Blocks.

Distributed trustless immutable ledgers are vastly more efficient and easier to implement if you don’t distribute them very far and aren’t too strict on the trustless bit. Immutability turns out not to have a huge market in practice either.

For 2018, whatever is the next euphemism after “distributed ledger technology” will be a new, and of course disruptive, paradigm in which transactions are recorded on a single node at the hub of the network, with controlled access to this node to ensure security and privacy.

Music on the blockchain still isn’t a thing, despite the best efforts of Ujo and whoever that guy is trying to sell his untradeable shitcoin via Björk.

Smart contracts came along for the hype ride, even if adding immutable scripts you couldn’t fix bugs in to your simplified version of Git was still obviously stupid. The Parity wallet disaster showed how humans still aren’t so good at writing software with zero bugs, and certainly not in Solidity.  Ethereum advocates were quick to blame low standards of programming ability and software auditing in the space, which must mean Dr. Gavin Wood just has to git gud.

(Also, devops199 for Buttcoiner of the Year.) 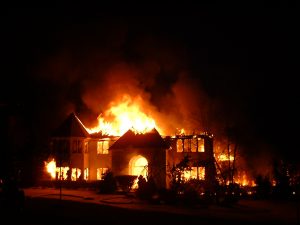 In normal security trading, you can assume the exchange is basically competent, its systems are well maintained and so on. In crypto, people think “I know PHP! How hard could running an exchange be?” is a train of thought that goes anywhere good.

You also can’t assume that the exchanges aren’t going to mess you around. All manner of shenanigans that are completely illegal in proper security trading — bots painting the tape, wash trades, spoof orders, just front-running your customers — are completely normal in crypto. Your threat model is not just the other traders, it’s literally the platform you are putting your money and coins into.

It’s okay, though! We know that running a Willybot is actually fine, because by definition, Mark did nothing wrong.

Tether is increasingly famous as the Eurodollar-like USD substitute token for crypto exchanges who can’t get US dollar banking. There are four-fifths of a billion Tethers [note: may need updating if this in the queue more than 12 hours], being put to good and productive economic use for margin lending to Bitcoin buyers. You can rest assured that every one of those Tethers is backed by an actual dollar. Definitely.

The price is through the roof! If you’ve made it big, I’m genuinely happy for you. Ignore bitter naysayers like me pointing out that your paper gains don’t exist until you’ve not only cashed out, but finally succeeded in getting your actual money from the exchange, through the delays and withdrawal limits. Hopefully still having a bank account by the end of it.

By the way, two-thirds of holders haven’t locked in a penny of tangible profit. This means I have personally realised more actual money from Bitcoin than a supermajority of bagholders, without touching one.

The most difficult part of crypto trading is maintaining clear, evidence-based thinking when that would imply your paper balance is worth a fraction of what you’ve told yourself for months or years. Remember when the founder of Bitfinex told people not to say Pirateat40 was going to steal everyone’s money, because then he might steal everyone’s money? Fortunately that was 2012, and everything’s completely different now.

If only the exchanges didn’t consistently go down for maintenance whenever the price was crashing! How does this keep happening? Never mind, I’m sure it will be fine.

There can only ever be 21 million forks of Bitcoin

In crypto, you can’t just issue money like a government! Because if a government issues money carelessly, normal competent people look askance at it and start talking about hyperinflation and Zimbabwe, so they actually tend to hold off unless they’re really that desperate — because it’s a bad idea. Crypto has no such barriers to issuance, as we discovered with the first altcoin.

ICOs were particularly innovative in the field of companies for carrying out an undertaking of great advantage, but nobody to know what it is — synthetic rhino horn dick pills on the blockchain and all.

Bitcoin Cash eschewed professional graphic designers who could make a logo that was robustly reusable — they tend to want payment in legacy fiat — and appear to have designed their coin’s official logo in the GIMP using Ubuntu Medium as the font. It had the unfortunate problem that when you put said logo on a white background, it appears to say “B Cash”.

The National Health Service in the UK took its first foray into the healthcare blockchain in May, when the WannaCry ransomware shut down emergency rooms across the country and introduced the British public to Bitcoin. The lack of ambulance sirens on a Friday night was actually eerie.

The transaction delays and ridiculous fees did their best to kill off the last scraps of legitimate merchant interest in Bitcoin. Fortunately, sidechains and the Lightning Network will definitely solve Bitcoin’s scaling problems in 2014 2015 2016 2017 2018.

Ross Ulbricht is staying in jail forever, where he belongs, despite the non-aggression principle clearly being completely compatible with ordering hits on a guy and all his roommates too for the unconscionable and unconstitutional social crime of trespassing upon Ross’s bitcoins. The stuff that happens when you’re just running a website, hey.

China led the way in freeing crypto from its ties to the obsolete fiat money system, and recharged the Localbitcoins economy.

The New Inquiry’s Bail Bloc initiative asked people to mine Monero for a bail bond charity, eventually posting a FAQ where they directly suggested you steal electricity to mine — something people have gone to jail for. That is: commit a crime to … pay bail for people accused of committing crimes. Coming soon: Bail Bloc 2, to pay bail for people arrested for running Bail Bloc 1.

The absolutely key point to keep in mind is that, if you really think about it properly, all of the above is actually good news for Bitcoin. Here’s to continued good news and comedy gold through 2018.

David Gerard is the author of the book Attack of the 50 Foot Blockchain (Amazon US, Amazon UK) and the newsblog of the same name at davidgerard.co.uk/blockchain/. Until he reinstalled the laptop they were on, he was the proud hodler of six Dogecoins. He didn’t start Buttcoin, but he tries to carry on its legacy.