I’m Roger Ver, long-time bitcoin cash advocate and investor. Today I’m at the CoinFLEX world headquarters in an undisclosed location. I had a nice chat with CoinFlex CEO Mark Lamb about their current situation. He tried to margin call me, so I used my Brazilian Jiu Jitsu skills to throw him to the floor, and …

CoinFLEX is a seemingly small cryptocurrency exchange whose retail face specializes in bitcoin cash (BCH), a fork of bitcoin with larger blocks for more transactions. We confess that we’d never heard of CoinFLEX until a few weeks ago.

The exchange was founded by Mark Lamb, who previously founded UK crypto exchange Coinfloor in 2013. Coinfloor went under in 2018. CoinFLEX was founded the year after. Initial investors included Digital Currency Group, Polychain Capital, and Roger Ver — a bitcoin old-timer since the Mt. Gox days, one of the founders of bitcoin cash in 2017, and BCH’s most ardent promoter. [Financial News; Amy in Bitcoin Magazine]

CoinFLEX has been having an interesting time here in the crypto crash. 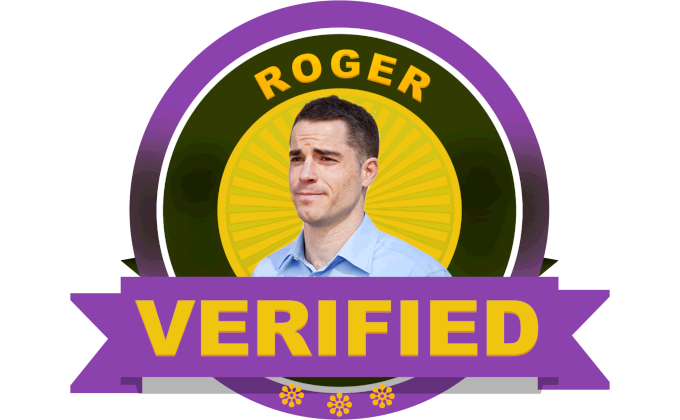 CoinFLEX has set up an entire complicated system to help BCH trades along.

FlexUSD is claimed to be “the world’s first interest earning stablecoin” — Lamb claims to have invented the interest-bearing stablecoin model.

FlexUSD claims to be backed by USDC — which makes no sense, because if you have a stablecoin backed by another stablecoin, why not just use that stablecoin? [FlexUSD]

There is a separate coin called FLEX, which is the exchange’s native token — you can use FLEX to reduce your trading fees. FLEX is also a governance token for FLEXDAO. [Coinflex website]

Coinflex also operates SmartBCH, a sidechain for BCH that uses Tendermint for consensus. SmartBCH has yet another token, SEP20, for paying gas fees. You can run smart contracts on SmartBCH. [SmartBCH; SmartBCH whitepaper]

It’s utterly unclear why anyone needs all of this for a minor altcoin like BCH, except to do ever-more-obfuscated pretend-finance.

The mystery of the missing BCH

On 20 June, CoinFLEX tweeted that “+10% APY is sustainable in #crypto, especially with #stablecoins” — specifically, with their own FlexUSD stablecoin. Buy! Buy! Buy! [Twitter, archive]

Based on conversations on Reddit at the time, It appears that $90 million worth of BCH held by CoinFLEX went missing. Coincidentally, large sales of roughly 30,000 BCH (about $3 million) a day have been appearing on Binance. The subreddit for BCH, r/btc, noticed the movements immediately and started tracking the story. [Reddit; Reddit]

Lamb had promised his customers an announcement on 27 June, and that withdrawals would resume on 30 June.

Ver got a special deal on margin trading — one where he doesn’t get liquidated.

As an early investor in CoinFLEX, who made it happen for Lamb, it probably got awkward when Lamb needed the money now, and Ver ghosted him.

Not the Roger Ver Coin

So all the money’s gone. What to do? Let’s start a new coin!

Lamb is launching a new coin called Recovery Value USD (rvUSD) — surely the “RV” doesn’t stand for “Roger Ver” — to raise the $47 million to cover the shortfall in his books. He promises 20% interest on the coin. Hey, it worked for Bitfinex after their hack. [Blockworks; Twitter; white paper, PDF]

Lamb’s plan is to use the money from new investors in this coin to pay back his old investors.

Lamb talked about this new coin when he went on Bloomberg. We realise that you probably prefer reading text — but if you decode the crypto blather, this interview is jawdropping, and your eyebrows will take off into orbit: [Bloomberg]

We have this asset. It is an ultra-high net worth individual. They owe us these funds. We do believe they are going to get us these funds at some point in the future. And we wanted to make it such that the assets all match up and everything matches up in a way that it is a market-based and we pass on this risk to investors [who] understand what the risk is and are eager for this risk … and basically solve the problem. Right now we can’t have withdrawals. There are lots of different ways of solving these problems in crypto finance …

Lamb wants people to bet on Ver paying CoinFLEX back — even though Ver says he doesn’t owe them anything. Instead of using, e.g., lawyers, Lamb wants to do this in a way where “more people get to participate in the solution.”

The 20% interest is paid in more rvUSD … which will be paid out as part of the pool from the repayment, thus reducing the pro-rata? It isn’t quite clear how this pays anyone back another 20%.

Lamb assures us that eventually everything will be transparent, and they will get an actual auditor. OK, that’d be nice. 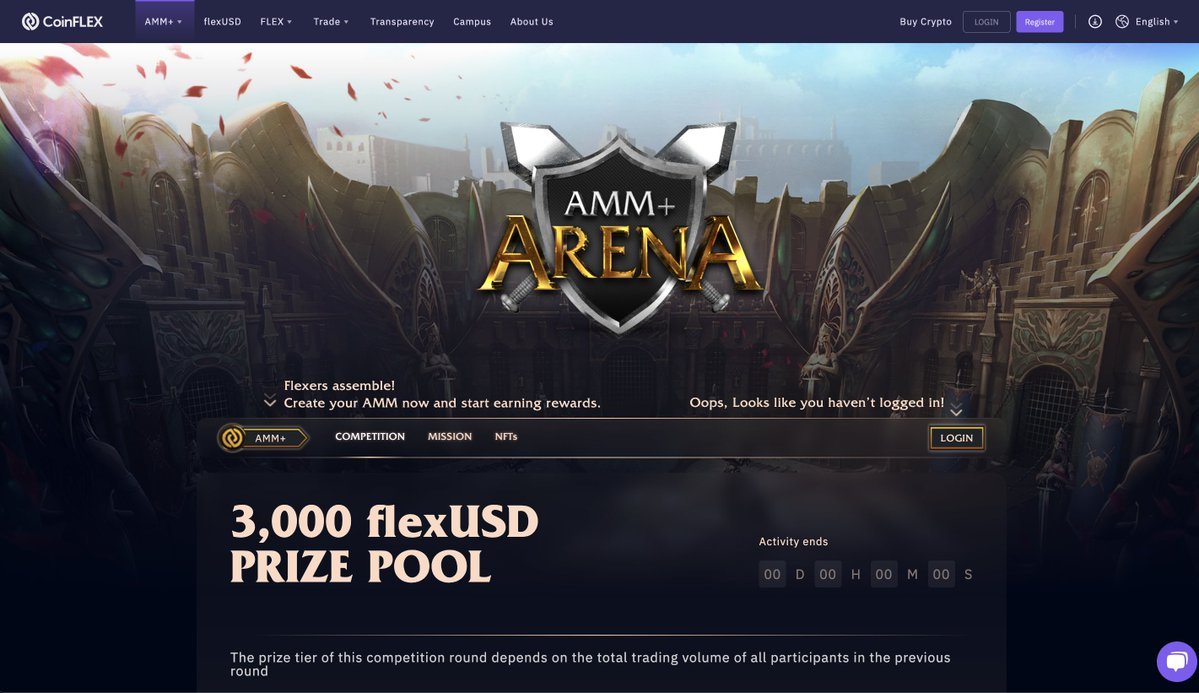 CoinFlex AMM+ is an automated market maker. If you are a user of Coinflex, they let you use the algorithm, and it trades for you.

Anyone can use Coinflex to set up an automated market maker. [CoinFLEX] To gamify AMM+, CoinFLEX put a ridiculous video game-style front page on the subsite. (David’s wife Rose spotted the image as being from Stormheim in World of Warcraft.) [Twitter]

CoinFLEX claims remarkable trade volumes for its size. The volumes that the exchange reports to CoinGecko are vastly out of proportion to its website popularity on SimilarWeb — even after CoinGecko “normalises” the claimed volume numbers.

Is CoinFLEX a small exchange acting as a market maker for Bitcoin Cash, or an enormous financial products broker acting as the market for crypto whales and exchanges to trade complicated derivatives products? It seems to be both — the liquidity generated by AMM+ is likely helping CoinFLEX serve as a derivatives exchange for the high rollers.

In his Bloomberg interview, Lamb confirmed that CoinFLEX runs a private derivatives market: “At CoinFLEX we believe in markets, transparency and tokenization. We’ve done that with one of our other products, FlexUSD. It’s funding a market, our repo market, and it’s a token.” He has previously said that this market does billions in repo trades a day. [news.bitcoin.com]

If one bad trade risks taking CoinFLEX down, that’s yet another time bomb under the crypto market. [Reddit]

CoinFLEX’s original 23 June notice said that withdrawals would resume by 30 June. You’ll be utterly unsurprised to hear that this isn’t happening. [CNBC]

It’s unclear to what extent anything that Lamb told CNBC is not just him stalling for time.

“In hindsight, having no non-liquidation agreements would have definitely been better,” Lamb said.

Thanks to Michel de Cryptadamus for additional reporting and research.