Summer’s here — and phew, what a scorcher! While you’re cursing British housing that was built for the frozen Thames of the 1800s and not the twenty-first century prelude to Mad Max we find ourselves in, why not sit back with a book or ten on the most fascinating subject in the world: financial shenanigans.

Attack of the 50 Foot Blockchain‘s done great. (And is absolutely a summer selection. As is Libra Shrugged.) So I get people asking me for other good skeptical books on crypto. There are hundreds of books — almost all terrible — about how great Bitcoin and blockchains are, a few fairly neutral histories, and literally three solidly skeptical books on the topic, that will say outright that it’s trash. I wrote one. I’m actually surprised there have been zero since.

But here are some good starting points for the avid reader. This post is crypto-specific; the next part will deal with more general books on finance and fraud. (You can save a bit of time by just buying both the UK and US editions of Lying For Money right now.) 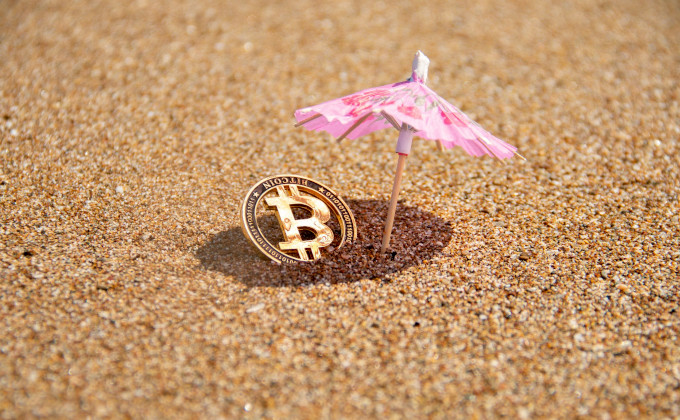 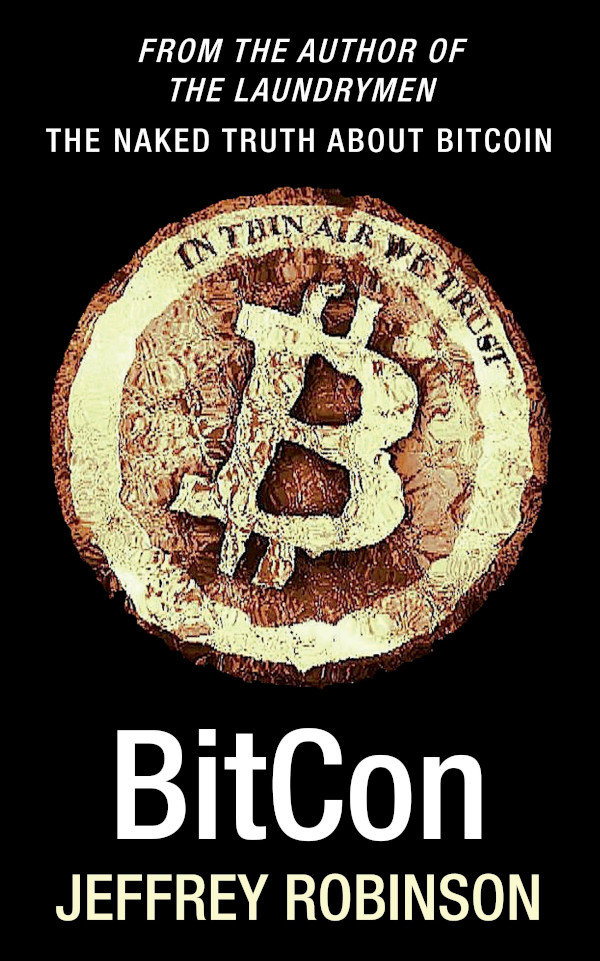 Robinson’s mostly retired now, but he had a lengthy career writing about financial shenanigans — most notably The Laundrymen in 1994 (UK, US), about how crooks cover up the trails left by their money. This made him the perfect person to write the first skeptical book about Bitcoin.

It’s a short book, and an easy read. It’s a snapshot of Bitcoin in 2014, so it’s a bit dated. But the people still act the same — many are literally the same individuals — and the main difference is new labels on the old scams. The psychology of cryptocurrency hasn’t changed in the slightest: any handwaving excuse to pretend there’s something there, when there clearly isn’t.

David Golumbia: The Politics of Bitcoin 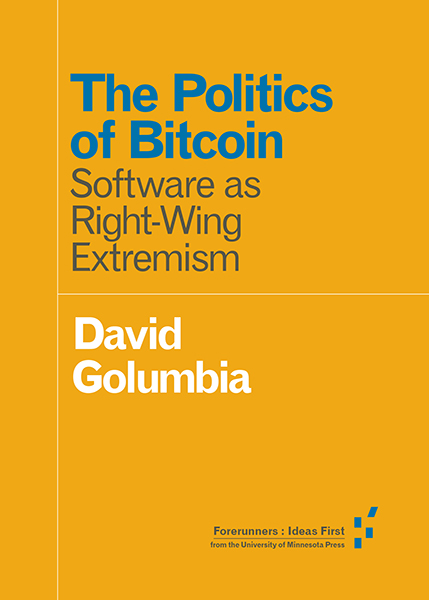 The second solidly skeptical book on Bitcoin. This is one of those books I loudly and repeatedly recommend to anyone in hearing range. For Attack, I knew I had to explain the libertarian origins of Bitcoin, and Golumbia’s book supplied my reference list.

This is a book written by a staunch leftist, to explain to other leftists why blockchains aren’t in fact liberatory, and why the “anarchism” is anarcho-capitalism — an unrelated political position, bitterly opposed to anything even slightly leftist.

The only people who claim Bitcoin has anything “leftist” to it are Austrian schoolers who think Keynes, the successful capitalist investor, was a commie. This attitude continues to the present day — in which bitcoiners classify Keynes with Marx.

Satoshi wasn’t a gung-ho ranting internet libertarian, but every one of the assumptions he built into the structure of Bitcoin was on Austrian School economic principles. If you start by assuming what Bitcoin wants is good, and not stupid, that’s what you’ll be working to. The Bitcoin 0.1 release notes make Satoshi’s embrace of ancap economics explicit — there’s a political rant in the middle about central banks, espousing lightly recycled End The Fed conspiracy theories.

Golumbia was partly inspired by activists he knew who heard talk of blockchains subverting governments, thought that blockchains might therefore work for their social purposes … and promptly transmuted into conspiracy theorists, muttering darkly of international bankers and being unhealthily concerned with their altcoin portfolio.

All of this is uncontroversial historical fact — but I still get bitcoiners trying to claim that “Bitcoin was founded by libertarians” is somehow a wild and outrageous statement. Occasionally a Bitcoin libertarian will say it is.

I can only boggle, and suggest they read this book’s sources — I did — since they’ll almost certainly choke on the book itself, and tweet something like “I stopped reading when I got to [basic historical fact]”. 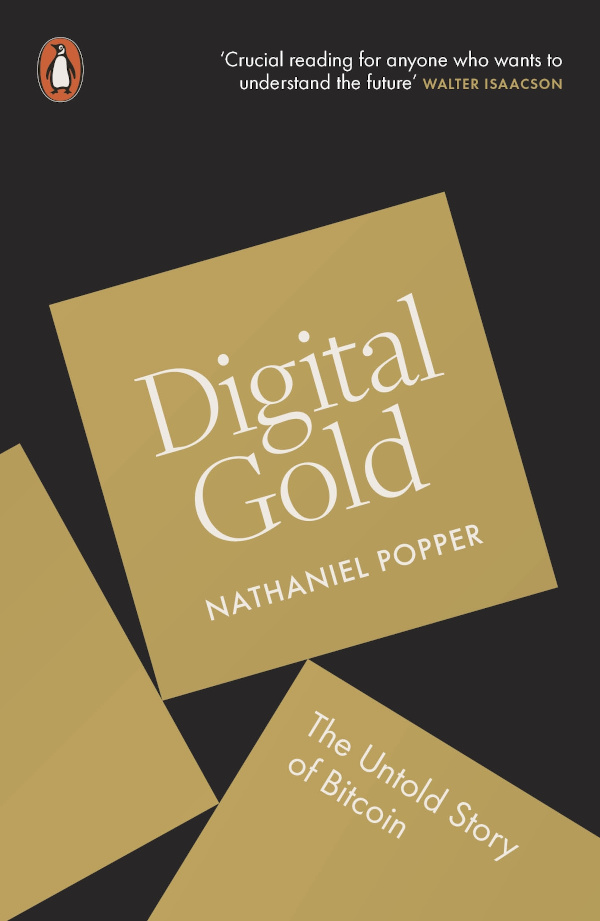 A history of Bitcoin up to early 2014, from the New York Times’ main correspondent on cryptocurrencies. This was another book that was essential for Attack, and I recommended it in Attack as further reading.

Popper is pretty sympathetic — the book’s largely character-focused — but the history is good and useful. You’ll see some players who showed up again in later years — such as David Marcus of PayPal, who showed up as the executive in charge of Facebook’s Libra project.

(Mark Karpèles has disputed some claims about the collapsed Mt. Gox Bitcoin exchange that first showed up in Popper’s book. [Tumblr])

Tim Swanson: The Anatomy of a Money-like Informational Commodity 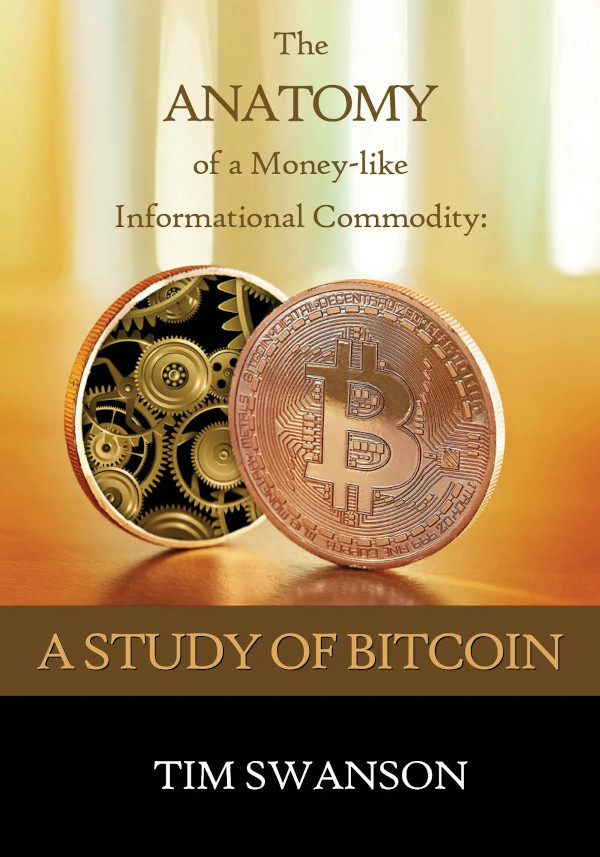 OK, this isn’t light summer reading. But it’s early Bitcoin history from someone who absolutely knows his stuff. The book’s a bit dry in its presentation — but it’s relentless in its solid factual content and knowledge. Also, it’s cheap.

The contents are collected reports to Swanson’s consulting customers. He goes deep into precisely how the Bitcoin industry worked in the early days, and how the economics of it would stand up.

If you need to look up precisely what Bitcoin was like and how it worked back in the day, this is your go-to source. Worth a place in your reference pile.

Tim says: “parts of it have become outdated due to how things have moved along. iirc there were some decent debunkings of what later became touchstones of maximalism.” [Twitter]

One Comment on “Summer reading for the cryptocurrency skeptic: part 1”