Christoph Bergmann of BitcoinBlog.de interviewed me about Facebook’s Libra (now Diem), about Libra Shrugged and about Bitcoin.

Here’s the article, in German. [BitcoinBlog.de]

Below are my original answers in English, as used in the article. I got a bit idiomatic, and we had to work through the translation, but the German version seems an accurate rendition of my ideas!

David Gerard is one of the most famous and sharp-tongued critics of Bitcoin, cryptocurrencies and blockchains. His new book, “Libra Shrugged”, however, is dedicated to the cryptocurrency Libra, planned by Facebook (which is now to be called Diem). We talked to him about Libra and Diem — and, of course, what bothers him about Bitcoin. 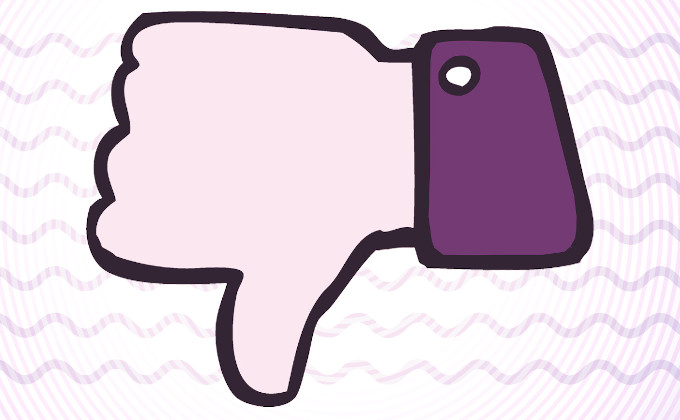 Hello, David! “Crypto” is full of interesting, bizarre, stupid and dark stories. Why did you decide to write about the loudest announced non-event in the history of cryptocurrency — Libra?

There were two mainstream media stories about crypto in 2019. One was the Quadriga exchange collapsing, the other was Facebook announcing Libra. So I wrote about Libra for Foreign Policy in June 2019, and also did some consultations explaining Libra to companies. I figured there was an interest in the subject, and I started writing the book. I wanted to get the book out in 2019, but I was quite busy, and then 2020 happened. But now the book’s out and done and is getting some interest. You can buy it as an e-book on Amazon and in other stores.

I can understand why Facebook wanted to bring monetary transactions to its social networks. But why did they want to create a new currency for it — and why are they trying to reinvent the blockchain? It seems like the most complicated way to get things done.

The thing is, Libra was a project started by four bitcoiners inside Facebook. They really wanted Bitcoin, but run by sensible people — that is, themselves. So they started with blockchain — how they could apply blockchain to a user base of two billion.

They started with their answer, and then looked for a question it could answer. This never works very well, as anyone who’s been around blockchain could tell you. Nothing in the Libra plan needs a blockchain.

The latest news is that the blockchain doesn’t run very fast — about 24 transactions per second on the Diem testnet. This is a permissioned blockchain, so that’s very slow. It’s certainly not fast enough yet to run a world currency on.

There’s one more thing I never understood: after Facebook announced Libra, the government reacted almost immediately. European finance ministers, like Olaf Scholz, who have so far ignored Bitcoin, promptly announced that he will not allow Libra. Why did Libra stir up a lot more dust than Bitcoin, which is much more anarchist and independent?

The big problem isn’t that Libra is some sort of cryptocurrency — it’s that it’s being done by Facebook, at the scale of Facebook.

The Libra plan involved Facebook printing its own money, and saying it was backed by a reserve. The first problem is, that’s a banking activity. The second problem is, the reserve might exceed a trillion dollars — which is enough money to seriously affect markets for cash-equivalent investments. Money market funds did this in 2008: they bought so many cash-equivalent investments that new “safe” investments were invented to fill the gap, and those turned out to be backed by bad mortgages, and we know what happened next.

So what Facebook did was present a plan that would have caused another 2008 financial crisis, and then they were actually surprised when regulators said “no.” Facebook had such contempt for the history of what they were doing that they’d forgotten events from just eleven years before. Libra being a cryptocurrency is also a problem, but I think that’s secondary.

Libra rebranded as Diem and promised to just do a boring dollar stablecoin on a permissioned blockchain. Do you think this will work out? And will there be any revolutionary potential left?

I’m not convinced Libra had revolutionary potential, except the potential to let Facebook print their own money and swing the weight of their reserve. But running a dollar stablecoin might work. Current regulations make it look like Diem might have to run only in individual countries. And the Diem Association might still have to become a bank to do it. But what you’d have there is something like PayPal but running on Facebook.

Let‘s shift focus a bit. You are one of the most prominent critics of Bitcoin and “crypto.” Why do you waste so much time with it instead of on things you actually like? Or is it some kind of love-hate relationship?

But yes, it is really interesting, or I wouldn’t bother!

You’ve been criticising Bitcoin for years. Are you surprised it’s still here, still successful, still growing? Did you ever suspect you might be wrong about Bitcoin — maybe not in an abstract ethical way, but in how people function and how the world is run?

The main difference is the technical handwaving — from bitcoin in 2011, to altcoins from 2011 to 2015, to ICO tokens in 2017, and in 2020 it’s been DeFi. But what happens is that bright-eyed naive newcomers come in, and they get scammed. The bad crypto thinking is the same as it ever was: the wishful thinking, the near-magical claims, the conspiracy theories about money — everything that makes the sucker feel like they’ve been welcomed into a big secret.

I expect Bitcoin to be around for decades. All you need is two enthusiasts, and a copy of the blockchain and the software.

How it interacts with the rest of the world is the interesting bit. “Successful” is a question of what it’s successful at. Bitcoin failed hard as the “peer-to-peer electronic cash” that Satoshi wanted. Its only use case is as a speculative commodity, that has a price. I expect the immediate future of Bitcoin is for it to become much more regulated as a commodity. If Bitcoin users want to interact with the world of actual money, they’re going to have to follow the rules of actual money.

Reading your book and your statements, you sometimes seem like a proponent of the “old system” of fiat money and financial intermediaries. Do you think that fiat money has overcome its habit of destroying people‘s wealth by inflation? And do you believe that planting intermediaries between financial actors makes financial transactions better?

This is an example of Bitcoin conspiracy theories about money. Firstly, if you’re keeping your wealth in cash, you’re doing investment very badly wrong. Anyone saying this has no idea how money or economics work in the real world.

Secondly, the cryptocurrency world has recreated the entire range of financial intermediaries. We have crypto exchanges working like bad and incompetent banks, we have scammers doing their best to use finance jargon and getting it subtly wrong, we have a lot of people role-playing as financial bigshots. There are any number of people who will be happy to take care of your cryptos for you. Nobody could look at crypto and say it’s reduced intermediaries.

I try to describe mainstream economics and finance as they work in the real world. These should be completely uncontroversial facts about the world. But this is at odds with Bitcoin theories of money, because Bitcoin theories of money literally come from conspiracy theories. Bitcoin fans assume that describing the real world must be with the intent of advocating for the conspirators.

Let’s say Bitcoin “wins”: Everybody uses Bitcoin to pay and get paid and to save. The security assumptions of Satoshi hold, Lightning scales the blockchain infinitely and makes transactions fully anonymous. What world would we live in?

Bitcoin piles up so many layers of ideas that are bad or wrong or just don’t work.

Bitcoin’s economic problems don’t get talked about so much these days, because they’re overshadowed by the volatility problems, the unusability as electronic cash, and the power consumption problems. But the bad ideas and assumptions on economics are still there: we’d still be up against Bitcoin’s lack of monetary policy. The world tried a gold standard, from the 1790s to the 1930s, and it couldn’t keep up with the growth in the real economy. This is why we abandoned it, and why we’re unlikely to go back to it. So with Bitcoin, we’d be going back to a fixed money supply. We’d see booms and busts every few years, each on the scale of the 2008 financial crisis.

Bitcoiners insist deflation is good. This is simply incorrect. Bitcoiners saying this don’t look at other bitcoiners, who hold their coins instead of spending them because they think the price will go up. A deflationary economy rapidly seizes up — deflation is bad for an economy. Again, I have to stress — this is normal mainstream economics, whether bitcoiners like it or not.

If the Lightning Network became a good payment system, why hobble it with Bitcoin’s issues? Lightning is coin-agnostic — it already works on Litecoin, for example. If Lightning becomes a good and usable payment system, the obvious thing to run it on top of is a dollar-substitute token. This would offer a way out of the problem with using Bitcoin — decouple the assumed good payment network from the known bad payment network backing it, and just have Lightning go fully fiat.

I don’t see how we get from here to a world where everyone uses Bitcoin to pay and get paid and save. In economic terms, this is like saying “first assume 2+2 makes 5. It just does, okay.” Even then, Bitcoin economics would fall apart under its own contradictions. Money is a social construct — money is something someone else accepts as money. Bitcoiners have a habit of assuming everyone else wants money to work the way bitcoiners want it to work — but that just isn’t true, and it’s consistently failed to be true for the past decade.

One Comment on “Me in BitcoinBlog.de: “Bitcoin piles up so many layers of ideas that are bad or wrong or just don’t work.””