The People’s Bank of China (PBOC) says it’s been working on a CBDC since 2014. Of course, “working on” is a squishy term covering many levels of activity — down to “thought about it a bit in passing.”

But in the wake of Facebook’s June 2019 announcement of Libra, the PBOC announced in July 2019 that they were moving the CBDC project to active status — to turn it into something releasable to the public.

What there hasn’t been, is hard details from the PBOC about the project. The PBOC seems reluctant to promote DC/EP.

It’s been quite difficult to sort out what claims about DC/EP are wild aspirations, what’s solid planning of serious intent, and what — if anything — actually exists, in any reasonable sense of the word.

There’s been all manner of breathless coverage since, particularly from the crypto press — who seem bizarrely convinced that DC/EP is good news for Bitcoin.

There’s an ongoing game of “telephone,” where vague rumours are copied a few times and presented as hard fact in news outlets that should know better. White papers on CBDC say “is,” and you look up the reference and it’s a “could.”

So — what do we know with any degree of certainty? 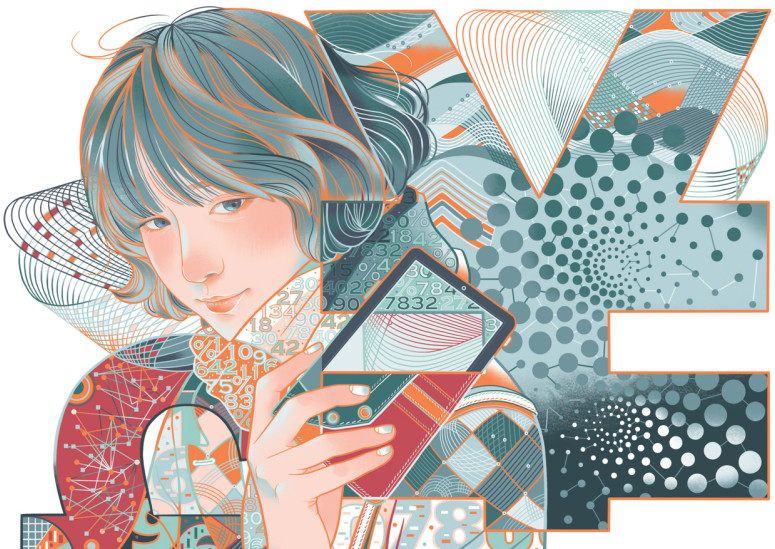 Image by Li Min, from China Daily — the only good DC/EP image I could find anywhere. The project doesn’t even have a logo.

What does the PBOC want DC/EP to be?

Two-tier design. PBOC issues the money, the commercial banks distribute it — PBOC is not going to try to do retail itself.

Interoperability. You can’t send payments between the big private money transmitters, Tenpay/WeChat Pay and Alipay — but all DC/EP providers will be interoperable.

Traceability of all transactions. Tenpay and Alipay don’t give the PBOC full logs of every transaction. Some in the PBOC are seduced by the prospect of a full Eye of Sauron panopticon of every transaction in the Chinese economy. This appeals to those who think their problem is not having enough knowledge to exert control as finely as they’d like to.

This is otherwise known as the Big Data Fallacy — where you think enough data will solve all your problems. It’s a fallacy because your problems are usually political — you know perfectly well what you need to do, and you’re hoping the big data will help convince others to let you do it.

It’s possible that 100% panopticon traceability will show new patterns that nobody had suspected … but it’s quite unlikely you’ll find an effect that reproduces, that isn’t just a coincidence (or p-hacking), and that you wouldn’t have found in a random sample of the data.

Still — bureaucrats and anti-money-laundering agencies will find the prospect of a panopticon hard to resist.

“Controllable” anonymity. Whatever that means in practice. Your privacy will be somewhat protected! You will be anonymous to the retailer — but the PBOC still gets a full feed.

Working offline. You should be able to exchange money without being online 24/7. It isn’t yet clear how this feature will work. Note that this aspiration conflicts with traceability of all transactions — maybe transactions will be sent in when you’re back online.

It probably won’t be blockchain-based. Like, why would you even do that to yourself. PBOC isn’t picking technologies yet — but even relatively fast permissioned blockchains were too slow in internal testing. DC/EP would have to be able to handle at least 300,000 transactions per second across the country, to do what cash does.

End 2017: The PBOC talks to institutions and commercial banks about a CBDC-like project.

6 July 2019: Mu Changchun, then a deputy director-general of PBOC’s Payment and Settlement Department, writes that Libra would need central bank supervision — since it would have to act like a central bank, while it disclaimed the responsibilities of a central bank. He also questions the technical capabilities of Libra’s software and design as presented in June. (As of 2020, Mu is heading DC/EP.) [Caixin]

8 July 2019: Wang Xin, director of the PBOC research bureau, says that PBOC has stepped up its CBDC programme as a direct response to Facebook’s Libra proposal. (So when David Marcus and Mark Zuckerberg talked up the threat of China’s CBDC to US Congress as a reason to let Libra through, they were selling the solution to a problem they’d caused.) [SCMP]

10 August 2019: Mu Changchun speaks to the China Finance 40 Forum (CF40) about DC/EP. This speech gives most of the hard information so far available: [Beijing News, archive]

This speech is also the earliest usage I’ve seen of the term “DC/EP.”

23 September 2019: PBOC governor Yi Gang says that, despite rumours, there is no solid launch date for DC/EP. Regulatory issues turn out to be the tricky part. [BiLing; SCMP]

13 November 2019: The PBOC denies issuing digital currency as yet, in response to scammers offering crypto-assets called “DC/EP” or “DCEP”  — it warns these may be frauds or pyramid schemes. [PBOC; The Block]

28 November 2019: Fan Yifei, vice governor of PBOC, says at the eighth China Payment and Settlement Forum that DC/EP has completed top-level design — and that pilot programmes with end users, in transportation, education and healthcare, would run in Shenzhen in late 2019 and early 2020. [8BTC; Caijing]

12 December 2019: A source from PBOC’s Digital Currency Research Institute says the trials would better be called “internal testing” than “pilots.” The claims of “testing” in Shenzhen and Suzhou would be because the Digital Currency Institute had branches in those cities. [Ledger Insights; Cebnet]

(This didn’t stop other news outlets from confidently asserting in late 2020 that the 2019 pilots had proceeded with real transactions for ordinary people. This sort of thing is why it’s so hard to tell “could” from “is” regarding DC/EP.) [Fortune]

12 February 2020: The Financial Times reports that PBOC has filed more than 80 patents on various functions related to CBDCs. [FT, paywalled]

21 February 2020: The Blockchain Research Group of PBOC’s Digital Currency Research Institute releases a paper — one of the authors being Mu Changchun — recommending not to use blockchains to transform traditional payment systems. [Sina]

27 February 2020: A report in Sina lists 22 companies getting involved in DC/EP — whatever level of actual participation “involved” means — with some (not all) confirming their involvement. [Ledger Insights]

15 April 2020: A screenshot of the DC/EP wallet is released on Chinese crypto news site ChainNews, apparently from internal testing at the Agricultural Bank of China. [ChainNews]

16 April 2020: Internal testing in May is announced. Employees at four state-owned banks in Xiangcheng District, Suzhou will get 50% of their transportation subsidy via a DC/EP wallet. [Daily Economic News]

19 April 2020: China wants its CBDC to work without a central connection — such that “without a network, as long as two mobile phones with DC/EP digital wallets touch, the transfer or payment function can be realised.” [BJNews]

5 May 2020: Li Lihui, a former president of the (commercial) Bank of China, who now heads up the blockchain research group at the National Internet Finance Association of China, gives a speech about DC/EP — and at least half of the speech is about Facebook’s Libra. [Decrypt]

30 May 2020: interview with PBOC Governor Yi Gang. He confirms the work so far, and that everything so far is “internal and closed pilot tests”, including “some scenarios of the coming Winter Olympics” — which the press ran as a statement that the PBOC wanted to take DC/EP live by the 2022 Winter Olympics. He stresses that “these pilot tests are just part of our routine work in the R&D process, and should not be interpreted as an official issuance of DC/EP. There is no timetable for the official issuance yet.” [PBOC]

14 August 2020: China’s Commerce Ministry announces testing in Beijing, Tianjin, Hebei province, the Yangtze River Delta, Guangdong province, Hong Kong and Macau. The Ministry wants DC/EP’s policy design to be completed by the end of 2020. (I’ve chatted to someone who saw this testing in action.) [WSJ, paywalled]

31 August 2020: A DC/EP wallet function is enabled for one day in the China Construction Bank’s app, apparently by accident. The wallet software has a fair bit of detail in it. [Ledger Insights]

So what’s going to happen in the real world? When?

There might be a system of some sort, some time!

One practical result will be improved Interoperability between payment providers. This would be a solid win, and an actual use case for CBDC — if a use case for internal politics, rather than a business or technical one. (See also: how the ECB is waving around the threat of a CBDC euro to get commercial banks to improve payment systems between EU countries.)

I am told, in uncitable rumour, that DC/EP is being sped up in hope of mitigating capital flight — should the US cut off the flow of US dollars.

DC/EP is unlikely to promptly lead to the digital renminbi as the world currency. The renminbi’s big problem is that nobody much wants it for trade — including inside China. DC/EP won’t solve that. [FT Alphaville, 2018, free with login]

Despite all the desperate wishful thinking from crypto fans, the DC/EP is still a project in progress — the PBOC is proceeding at a pace appropriate to releasing a hugely-anticipated major new consumer financial system back-end with political implications. You do pilot programmes because in real life, people do the weirdest things you never thought of. It’ll happen when it happens. If it happens.