Central banks have twice issued electronic money, in an actual production system available to the general populace, that would fit most current definitions of “central bank digital currency” — even as they had nothing to do with blockchains.

The first was the Avant stored value card in Finland in the 1990s. The second was Ecuador’s Sistema de Dinero Electrónico, which operated from 2014 to 2018.

The Ecuadorian example is a bit odd. For one thing, the currency was the US dollar. For another, the Banco Central del Ecuador (BCE) doesn’t quite have the powers you’d expect of something called a “central bank.” 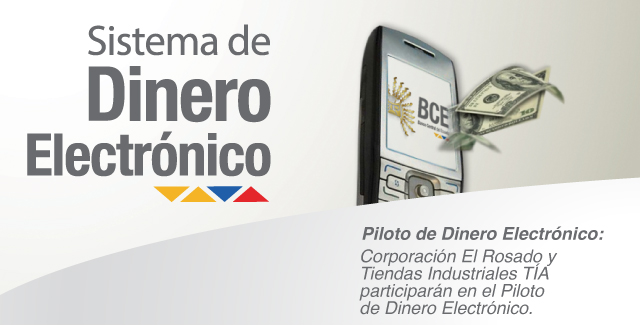 The central bank that wasn’t, quite

Ecuador went through a hyperinflation in the late 1990s — from a combination of outside shocks, and internal structural weaknesses. The currency, the sucre, went down in value rapidly.

The economy was already substantially running on cash in US dollars — so the government formally declared the US dollar the national currency in January 2000, to take effect as of March.

This left the BCE unable to issue its national currency, act as the lender of last resort, or manage monetary policy in any meaningful way. So its focus shifted to guidelines and policy, and doing what it could for national economic stability that way. [Speech, PDF, 2005] As of 2014, the BCE was no longer independent of the Ministry of Finance.

But — the BCE was also the regulator for payments.

In 2014, Ecuador’s Congress approved an electronic dollar, backed by liquid assets — so technically, this was the first CBDC US dollar, sort of! This was Sistema de Dinero Electrónico (SDE; “electronic money system”), run directly by the BCE.

You could sign up with an Ecuadorian identity card and a mobile phone. This gave you an account at the BCE. You could go to an authorised outlet and deposit cash into the account.

Each dollar in SDE was backed by a dollar stored at BCE — so this was e-money. The BCE was the only legal issuer of e-money — cryptocurrency was also disallowed — and the phone company, CNT, was the only legal distribution channel.

The stated reason for SDE was to improve access to the banking system for poorer residents, and reduce the reliance of the economy on physical cash — to get the economy moving.

Users could exchange dollars on SDE between themselves — just like cash. The poor ran on a cash economy, a lot of which was an informal economy, and BCE hoped that SDE would bring them into the financial system.

Both local commentators and foreign debtors worried that Ecuador would create unbacked dollars in SDE to pay off the country’s debts — particularly given that the government had defaulted on bond issues just a few years earlier. Ecuador denied any such plans — and didn’t end up doing anything along these lines with the dollars in SDE. [Bloomberg; CNBC]

The people with money trusted private banks more than they trusted the central bank — because they remembered the ways the Ecuadorian government had abused its financial powers in recent years. [El Universo]

The central bank just wasn’t good at serving retail customers, either — even if it had had the full trust of the users.

The government eventually acknowledged SDE wasn’t going to do the job. The commercial and cooperative banks put together a new mobile payment system, Bimo, with BCE as the regulator. SDE was shut down in March 2018, and accounts could be migrated to Bimo. [El Universo]

SDE wasn’t quite a CBDC — in practical terms, it was more of a failed payment system.

One lesson that SDE does teach us is to work hard on retail acceptance of your exciting new payment system. I keep finding all these whizz-bang payment system plans — and they all died of minor inconvenience. I’m told that Bimo isn’t really taking off either. Serving customers at scale keeps turning out to be quite difficult in practice.

And … don’t try to back your system with a bank that your users don’t trust with their money.

Thanks to María José Calderón, Ron Echeverri, Stephan Küffner and Maria-Laura Patiño for local knowledge and sanity-checking, and Ed Salazar for research links.