I’d been wondering whatever happened to Woolf University — higher education, but on the blockchain, with students Skyping their tutors and everyone paying and getting paid in WOOLF tickets.

Woolf’s jurisdiction has shifted from Gibraltar, to a corporation in Malta — where they hope to become accredited as an educational provider under European ECTS rules — and another in the US, where Woolf, Inc. is a private Delaware corporation, incorporated in January 2019.

(The US seems to be far laxer than even Gibraltar in what companies it lets call themselves a “university.”)

Blockchains? Never heard of them

In a lengthy August 2018 interview with Disruption Hub, Woolf’s founder Joshua Broggi — a philosopher of religion at Wolfson College, Oxford — tells how he was first inspired to blockchain by a student who wanted to pay his university fees in cryptocurrency.

Broggi thinks “blockchain” could solve all manner of issues in higher education, even the problem with adjunct teaching, the gig economy of academia — “when I look around my faculty, they spend a significant portion of their time acquiring their next temporary position, and that’s really a wasteful use of these extremely talented peoples’ time” — even though Woolf’s plan is also a gig economy. His answer to this detail is that the Woolf model will assure a steady supply of students for the independently-contracting academics to teach.

As of October 2018, Broggi was still confident in the blockchain approach — “We literally could not do what we are doing without a blockchain,” he told ABC News — though actual blockchain academic Michèle Finck told ABC she considered the project fundamentally “misunderstands what a university education is about,” and would be a GDPR disaster.

The word “blockchain” seems to have vanished from Woolf’s site some time between September 2018 and January 2019 — and the page title changed from “Building The First Blockchain University” to “Building a Borderless University.” The main headline is now “Not your typical online university,” and the front page speaks of video tutorials with a “real professor” and two or three students.

Woolf also deleted all videos from their YouTube channel, including this now-lost classic: 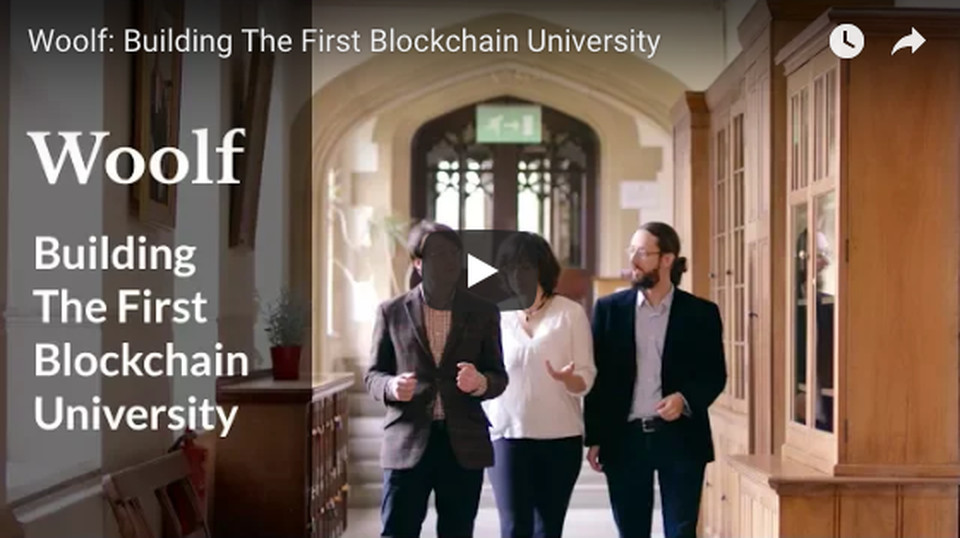 I’ve contacted Woolf, via their web form — I’m sure it works, right? — asking about the change. I’ll let you know if they ever get back to me.

We’ve had distance education at tertiary level since 1858 — we know how to make it work. Some correspondence colleges are highly respected — the Open University in the UK is an obvious example.

Some are less so — such as any number of American online universities where private equity investors regard student loans as free money, and treat the “education” bit as an operating expense to be minimised.

If a university is run as a private business, adding “blockchain” won’t change these incentives. The new bit in blockchain university schemes is usually some sort of bizarre token economy that the writer clearly made up from first principles and blockchain promises, without reference to history or how humans have ever behaved.

Woolf seems to want to do things with the dignity and gravitas of a public institution going back centuries — but as a private business.

The Woolf ICO was slightly advertised — the plan was to offer WOOLF tokens on the Stellar blockchain. The ICO didn’t end up happening — they apparently scrapped the plans due to “regulatory concerns.”

Woolf Inc. did file a Form D Notice of Exempt Offering of Securities with the SEC, dated 26 March 2019. The form stated that they had taken in $55,662 on that offering to that date.

These don’t really sound to me like descriptions of “blockchain-based tokens” — though I could be wrong.

Broggi’s previous business experience includes attempts to start a tea company and a tobacco company, the latter after previously working at another tobacco company. He’ll need a suitable vice-chancellor to run the business side of Woolf.

The student experience so far

The Woolf website is presently at skeletal stage. You can sign up as an academic or as a student.

When you log in as a student, you’re in a basic profile page. There’s a sidebar, with your name and alma mater at the top. Below that, you can click on “Dashboard” — which just shows an icon of a camera —  “Discussions” — which is empty — “Profile”, and “Payments”. The last doesn’t mention cryptocurrencies — it’s all about the actual-money. “We can process all major cards and currencies. Please use a debit card if you will be receiving payments.” You can enter a credit card number, expiry date and CVV, hit “Save” and … nothing happens. 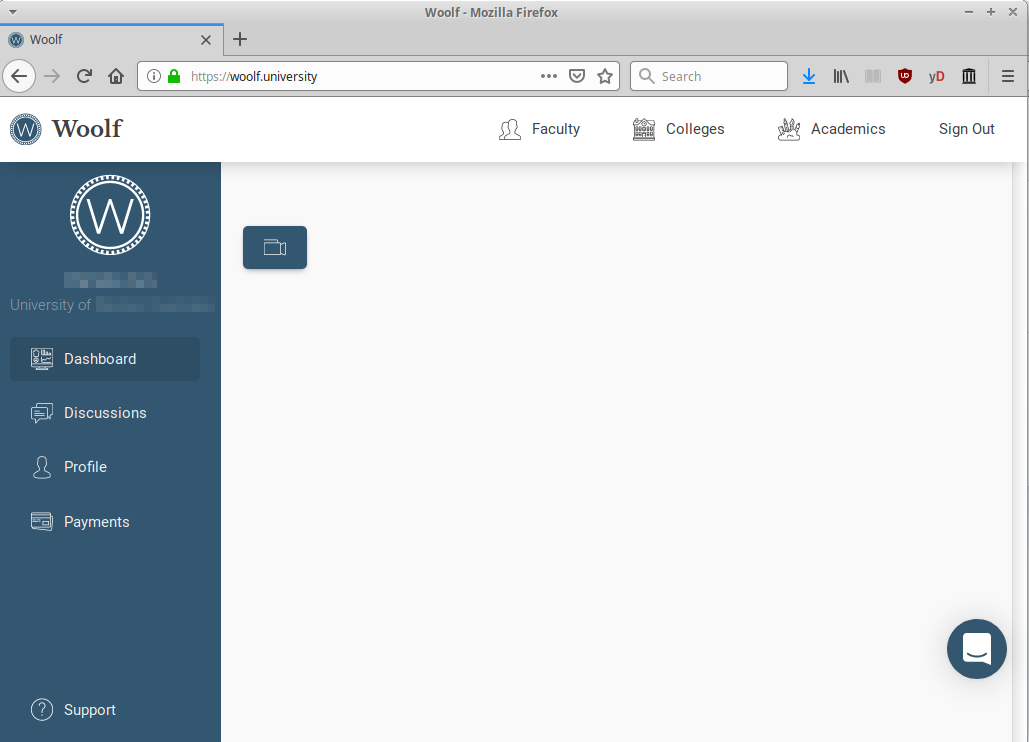 The “Support” link goes to several pages of text by Broggi. None of it mentions blockchains. On Technology, Broggi says:

To the extent that existing or new technologies can improve the educational outcomes for students, widen access to the Woolf global network, improve the career experience of academics, better secure credible governance, lower the costs of institutional management, and generally support the mission of Woolf — these are embraced.

This sounds very like what Woolf’s original 2018 pitch claimed that “blockchain” would bring them.

“To join the Woolf Faculty, you must verify your doctorate and identity. You will then be able to create (or join) a college.” Fifteen academics are on board so far.

All fifteen are signed up with Ambrose College. “Ambrose College provides students with an education in the tutorial tradition. Faculty at Ambrose are drawn from universities with a tradition of tutorial teaching.” That is — post-graduate tutorials over video chat.

(“Broggi” was originally short for “Ambrogio,” which is the Italian form of “Ambrose.” Broggi named Ambrose College after himself.)

“Short Courses: If you are a verified faculty member in a college, you can apply to teach (or create) a Short Course in your field of expertise.” At this stage, there are “No courses found.”

Where Woolf is at

Woolf appear to have realised that leading with “blockchain” is unlikely to result in anything useful that works.

The present skeleton site looks like a first attempt at doing a real thing that achieves something. Or the prelude to it. The reaction so far from academics seems to be “okay, let’s see what your new approach achieves” in an encouraging tone.

It certainly reads much less like a supplement for a fantasy role-playing game — but using WOOLF tokens instead of gold pieces — than the original white paper did.

The proof will still be in the pudding — and if they really can’t do distance education without a “blockchain,” then oh well.

One Comment on “Woolf, the University on the Blockchain — or not”