In June, I posted about Initiative Q — a startup that plans a new payment network and its own private currency.

Initiative Q is collecting email addresses, and asking each respondent to get their friends to sign up for future Q tokens — right now, hurry hurry!

Initiative Q isn’t a cryptocurrency — but it has a lot of similar bad ideas.

The viral spam comes around again

My June post has taken off again — I’m seeing it all over Facebook, and the article’s gone from 500 hits most days to 4,000 hits on Monday, 24,000 yesterday and 30,000 so far today. It’s literally the third-most-popular thing I have ever written, anywhere, in my entire life.

(Sign up to get blog posts by email! Buy a book! Sponsor the site! Get me in to do a talk!)

Given it’s still the only detailed third-party post on what Initiative Q actually is so far, I expect this to continue.

Yesterday morning, my stepdaughter posted the article link on her Facebook, to get her more gullible friends to stop advertising this rubbish — what a well-brought-up young woman.

I recorded an interview about Initiative Q for BBC 5 Live “Up All Night,” which was broadcast around 4:46am this morning. It’s here on iPlayer for UK readers (3:46 on), and I’ve put the audio up here for non-UK readers. I think this is the first coverage of Initiative Q in mainstream media.

In the meantime, my post to Reddit /r/buttcoin on the subject is filling afresh with Initiative Q promoters, spamming their referral links. They also keep trying to comment on my previous post with referral links. With fans like that, initiativeq.com has a great future in social media URL blacklists.

What is Initiative Q?

Per my previous post, Initiative Q has three stages:

As far as I can tell, the purpose of the user list is so they can tell venture capitalists, “we have a user base of X million people, you should fund us.”

The trouble with the user list is that it’s a list of people who think you can get free money from pyramid-style marketing. This means they’re hot prospects for future scammers — if that list ever leaks, it’s a toxic waste dump of personal data. 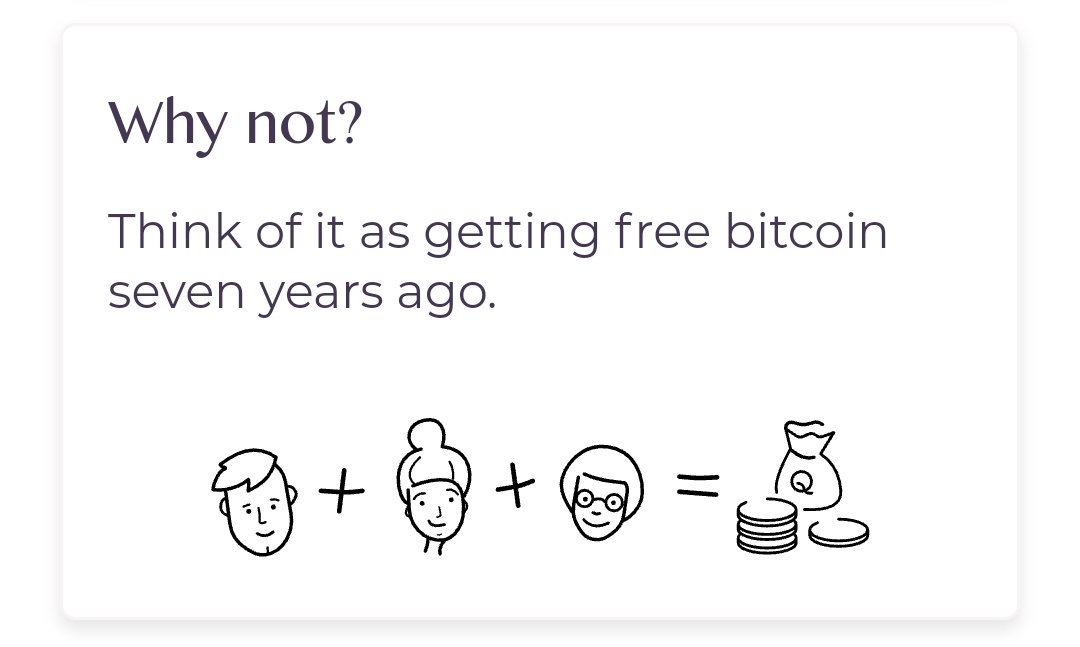 Initiative Q isn’t a cryptocurrency, despite promoting itself as being like one — but, its economist, Lawrence H. White, is interested in Austrian economics and … Bitcoin! He’s just posted “Bitcoin After 10 Years” for the Cato Institute.

The post doesn’t mention Initiative Q (edit: yes it does, sorry! See comment from Prof White below) — but White does talk about “problems with the status quo payment system,” discuss Bitcoin’s problems as a payment system, and advocate a “stablecoin” as a better payment mechanism. He’s previously discussed how Bitcoin is like, and unlike, a gold standard.

Austrian economist Friedrich Hayek advocated lots of competing private currencies — and never mind when the US tried precisely that, with wildcat banking in the 19th century, which went so badly they passed the National Banking Act in 1863. But advocating ideas that had already failed spectacularly is nothing new for Austrian economics, or Bitcoin.

I think the chances are almost zero that you will get anything worth anything from signing up. You might get targeted by future spammers, though. Also, please stop spamming referral links.

Update: A response from Saar Wilf of Initiative Q.