Bitcoin uses a whole country’s worth of electricity to run a ridiculously slow and inefficient payment network — and quite a lot of that is coal-fueled power. The normal no-coiner general public is increasingly concerned about this.

Bitcoiners (literally) claim that Bitcoin is green, actually, and encourages renewable energy! These claims don’t work out in practice — or even in theory. The bitcoiners are as touchy on this point as the non-bitcoiners are angry.

The devil is in the details. This looks nonsensical as a business proposition — I think it’s mostly advertising for DPW’s new Bitcoin mining hardware.

Digital Power Corporation (NYSEAMERICAN:DPW) was a small company selling electronic power supplies. By 2016, it was in slow decline, and in danger of being delisted from NYSE American. It was bought by Milton “Todd” Ault, who kept the core business — but branched out into aggressively acquiring related small companies, looking for synergies.

Here’s the price of DPW for the past twelve months:

DPW was in the range 56 to 67 cents — until 22 November 2017, when it took off like a rocket. Their Q3 2017 press release on 20 November mentions a nice increase in top-line revenue— though the company “expects to continue to incur losses for the foreseeable future and needs to raise additional capital.”

But on 4 December, they announced their subsidiary Coolisys’ first crypto hardware — a power supply for the Antminer S9. And up went the stock price! A blatant pump on the word “crypto,” but at least there was a real product involved.

Since then, it’s slowly declined to the present price of 41 cents. I expect they’re worrying about this.

Ault is long on Bitcoin. From the 2017 Chairman’s Letter to the Shareholders:

And yet there are many people, such as the billionaire and venture capitalist Tim Draper, who think Bitcoin will have a market value of $250,000 per unit within four years. We strongly believe this story is far from over and we are going to hold on to our investment and long-term strategy, hope for the best as we allocate capital to this space, surpass our goals, and keep our promises.

Super Crypto Mining “started off in January late December really aggressively installing miners and wanted to get to a certain spot.” They wanted to have “5500 miners operational by July 31, and we still believe the 10,000 by the year end.”

The crypto portfolio was basically collapsed during January to March when you saw Bitcoin come from 15,000 to 16,000, Ethereum from 1400, you saw all that that basically you’re kind of mining in place as you mine the asset, the asset went down in price and so it was a really difficult first quarter.

I bet it was. They’re currently mining $400,000 of coins a month, in bitcoins, litecoins and ether — though it’s not clear how much of that is profit.

The first question to ask when someone says they’re restarting an old power plant for crypto mining is — why did it shut down in the first place?

The answer is usually: it wasn’t profitable.

Reader (and Patreon subscriber!) Peter H. Coffin found the Upstater listing from when the plant was up for sale, from September 2017: 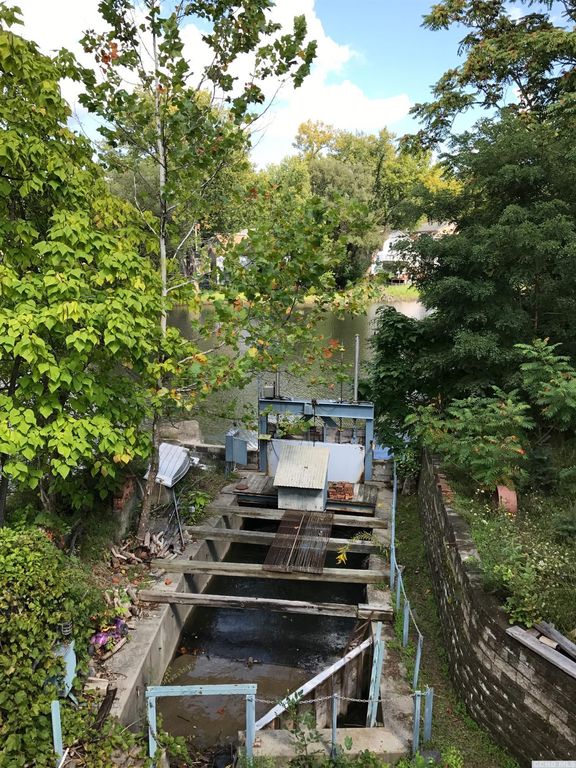 In upstate New York, even the industrial wreckage is beautiful

The building was offered for sale at only $300,000 — but you can tell from the photos that there will be quite a bit of repair work to be done before the hydroelectric plant is a going concern.

The plant itself is not huge — 365 kilowatts in practice.  At current Valatie local rates of 18.5c/kWh, that’s about $590,000 of power a year — though its actual revenue was $250,000 a year (archive). It appears this wasn’t enough to pay for three plant operators … and ongoing maintenance on a thirty-year-old turbine.

Per chapter 5 of the book, Bitcoin mining tends toward 1 BTC costing 1 BTC to mine — but that’s on a scale of months, and a bubble can distort that for quite a while.

But the bubble’s popped — and the price of Bitcoin is currently being held in mid-air by increasingly frantic and unsustainable pumping with tethers.

DPW would do far better just selling the electricity locally.

This plan doesn’t make sense as a business.

Crypto mining is all about power costs. DPW thought they could bring something new to the table:

The AntEater is a rebranded Terminator 2 miner from InnoSilicon — a Chinese company, who aspire to compete with Bitmain — who (claim to) get their ASICs made by Samsung in Korea, using their new 10nm process.

(And not in China, because it turns out to be difficult to get crypto chips made in the same country as Bitmain.)

The web site is … sloppy. The “Maximum Efficiency” page (archive) has a large photo of a rack of mining rigs: 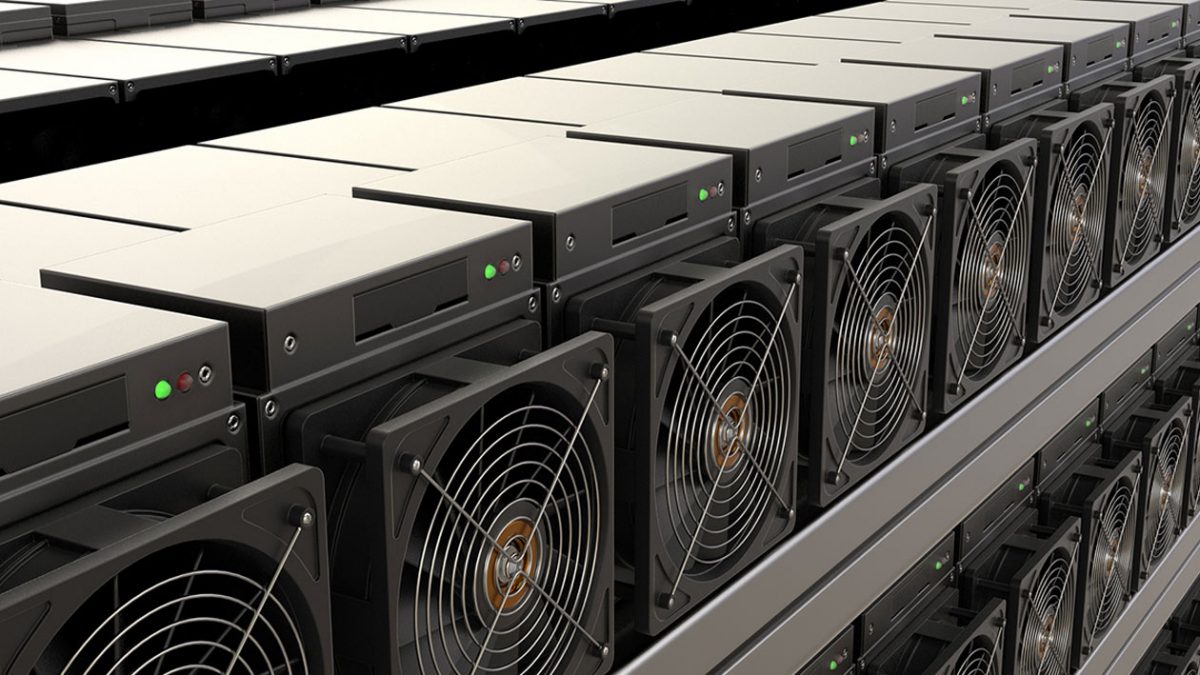 But that’s not the hardware DPW claim to be selling, and it’s not even a photograph — it’s a 3D-rendered stock image, from Shutterstock: 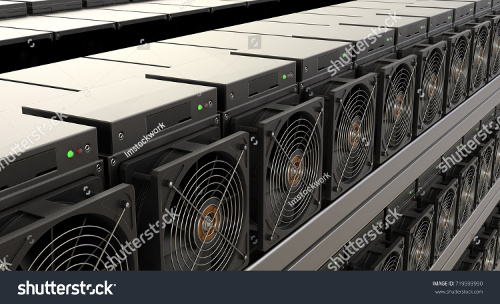 But is this good news for Bitcoin?

The new hydro capacity will be nice — but if the plant’s not sustainable, it’ll just go broke again. DPW really would do better just selling the electricity locally than competing with China.

The only above-board business plan I can see here is promoting the AntEater. This has been a startling success as a publicity campaign — so actually restarting the power plant may fall by the wayside.

But hydro-powered Bitcoin is, admittedly, less worse than coal power. Assuming this plan — which is entirely in the future tense — goes anywhere.

Even though it makes no sense for it to. At least the stock price might be happier.