David Vorick is the lead developer of Sia, a blockchain-based cloud storage platform with an ICO token or two.

In June 2017, he posted about how Sia was making an ASIC — an Application-Specific Integrated Circuit just for the purpose of crypto mining — to mine the Sia blockchain. This post alluded to how “80% of all Bitcoin mining chips are produced by a single company, a company that has not shied away from using their monopoly to make political moves.” Nevertheless, he considered GPU mining “a false panacea” that led to a much less stable mining environment.

Yesterday he posted about how this was working out — as Sia’s ASIC company, Obelisk, will start shipping ASICs in about 8 weeks. 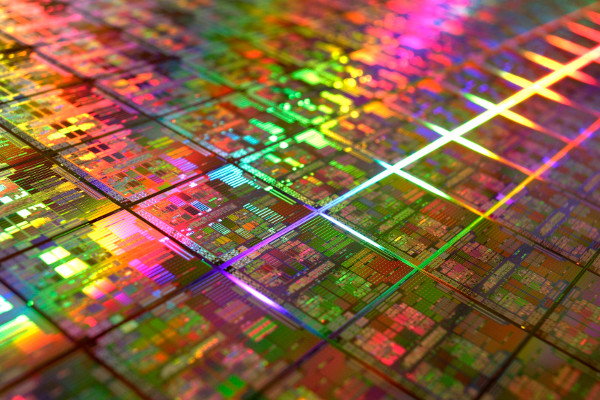 “ASIC resistance” is a furphy. Ethereum’s Ethash is the most resistant they’ve seen, though they still think they could obsolete GPU mining.

The strategy of hardforking ASICs off of a network is going to lose potency the more it happens, because chip designers do have the ability to make chips that are flexible, anywhere from slightly flexible to highly flexible, with each piece of flexibility costing only a bit of performance.

The Equihash ASICs, used for coins such as Monero, aren’t new — there appears to have been secret Monero ASIC mining since early 2017 — making up 50% of the hashrate … with nobody noticing.

The ROI on those secret ASICs was massive, and gave the group more than enough money to try again with other ASIC resistant coins.

Other algorithms are well worth it for ASIC designers to pursue:

As of March 2018, we had heard of secret ASIC rumors specifically for both Equihash and Ethash, and then for many other smaller coins that don’t have any ASICs on them yet. We believe a full 3 different groups were actively mining on Zcash with different ASICs prior to the Bitmain Z9 announcement.

We know of mining farms that are willing to pay millions of dollars for exclusive access to designs for specific cryptocurrencies. Even low ranking cryptocurrencies have the potential to make millions in profits for someone with exclusive access to secret ASICs … Even small coins can be worth tens of millions of dollars, which is more than enough to justify a high-risk production run.

Bitmain is far enough ahead they basically own the field:

We estimate it cost Bitmain less than $10 million to bring the A3 to market. Within 8 minutes of announcing the A3, Bitmain already had more than $20 million in sales for the hardware they spent $10 million designing and manufacturing. Before any of the miners had made any returns for customers, Bitmain had recovered their full initial investment and more.

In the case of Bitmain’s A3, a small batch of miners were sold to the public with a very fast shipping time, less than 10 days. Shortly afterwards, YouTube videos started circulating of people who had bought the miners and were legitimately making $800 per day off of their miner. This created a lot of mania around the A3, setting Bitmain up for a very successful batch 2.

While we don’t know exactly how many A3 units got sold, we suspect that the profit margins they made on their batch 2 sales are greater than the potential block reward from mining using the A3 units. That is to say, Bitmain sold over a hundred million dollars in mining rigs knowing that the block reward was not large enough for their customers to make back that money, even assuming free electricity.

If you’ve ever wondered why someone would sell a money printing machine to you rather than run it themselves … the answer is: they did. It’s Butterfly Labs again, with delivery this time.

Bitmain are tremendously faster at laying out mining chips than other manufacturers, and their economies of scale and supply chains are difficult for any competitor to come near to — this is the moat around their business.

They also appear to flex their power:

When we started Obelisk, we had numerous separate sources reach out and warn us that Bitmain plays dirty, and that if we try to manufacture in China, we will be stopped.

We did everything we could to keep the entity disconnected from Obelisk, and we hid the name of the manufacturer from our website or any public data, and we were very careful with who we gave the name of our manufacturer privately. We had a separate entity put in parts orders where we could.

After any reasonable timeframe to reach out to another manufacturer, after-hours on a Friday night, our manufacturer reached out to us and said with little warning or reasonable explanation that they would be unable to manufacture for us. Just as we had been warned, our attempt to manufacture in China had fallen flat on its face. This setback is estimated to have cost us somewhere north of $2 million.

It’s a great post, and well worth a close read in full. If you first assume every detail of cryptocurrency is just ridiculously corrupt, you’ll be more correct than not.