Apologies to my sudden new legion of fans waiting for part 2 — I’ve spent today in bed with a cold, incapable of coherent thought. So I’ve been posting rubbish to Twitter instead.

Yesterday I did some press stuff, including a piece with Rory Cellan-Jones for the BBC. Unless something huge happens in the real world, it’ll likely go out on BBC News at Ten this evening! Failing that, probably Thursday or Friday.

We did the segment in Nincomsoup, in Old Street tube station, which is a hipster soup shop for Silicon Alley soupsters with flowing beards and ear spacers, because it happens to have a Bitcoin ATM and accepts bitcoins. They filmed a guy using the ATM and got him to chat on camera about it. I came forth with as many single-sentence soundbites as I could about why this is trash.

If/when it goes up, I’ll add a link to this post. 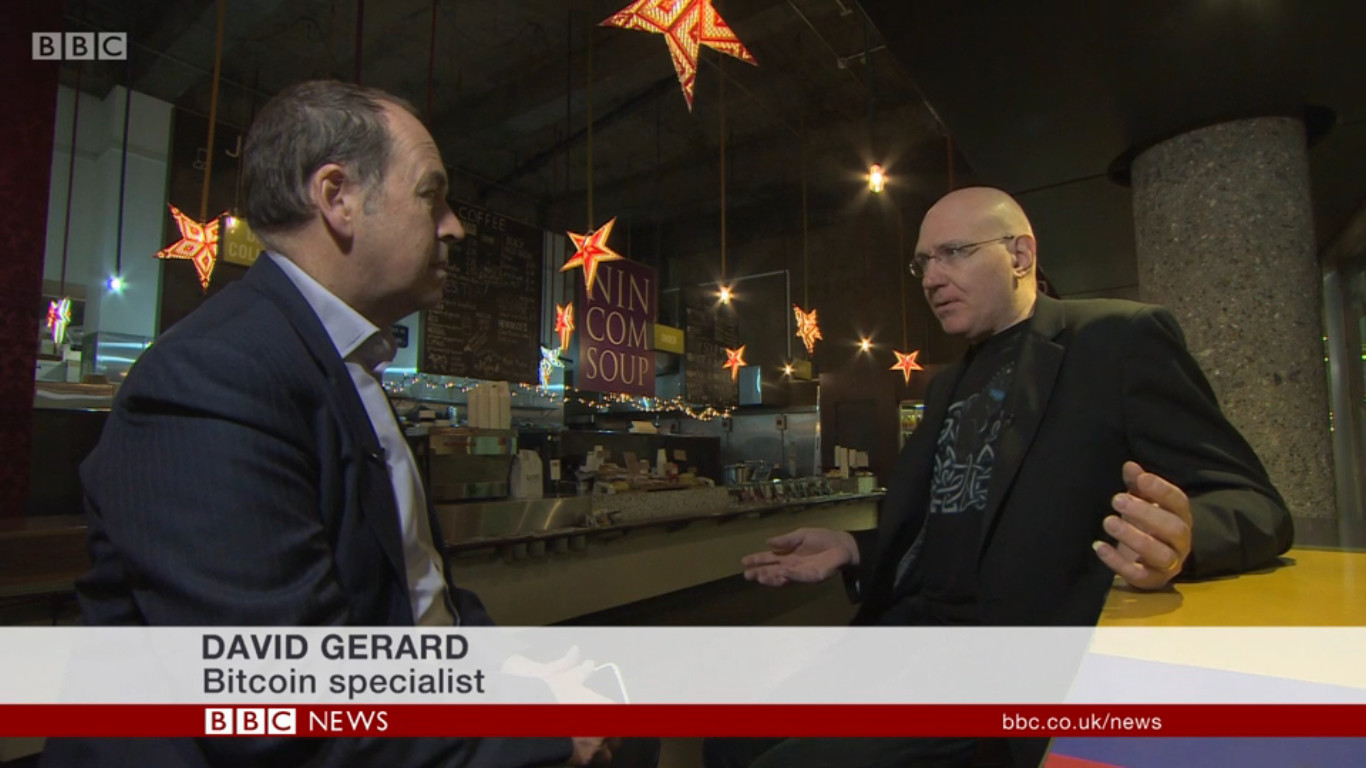