In light of the recent death threats that I have received, I realize that Segwit2x is a bad idea and I publicly revoke my support for it.

Overheard: Dude on train said he took acid to remember bitcoin passwords Worth £10m in today’s value. To no avail apparently 😱

I decided to dress up as Craig Wright for Halloween.

Though in the spirit of Craig Wright, I won't be providing verifiable proof.

Peter provided me with a thumb drive containing an image of him dressed as CW, which I viewed on a fresh laptop. Take my word for it.

This is the most incredible email attachment virus I have ever seen. pic.twitter.com/9Yj2a4Dq9t

Here we go. This must be what it feels like to join the Moonies. pic.twitter.com/2wtCzXaWnF

From a Bitcoin conference today. The people who think they solved the entire world economy also set up this couch. pic.twitter.com/AoNrwox5kx

I remember when I accidentally gave the guy at McDonald’s $250k for my order.https://t.co/Tz6ZT8mjCm 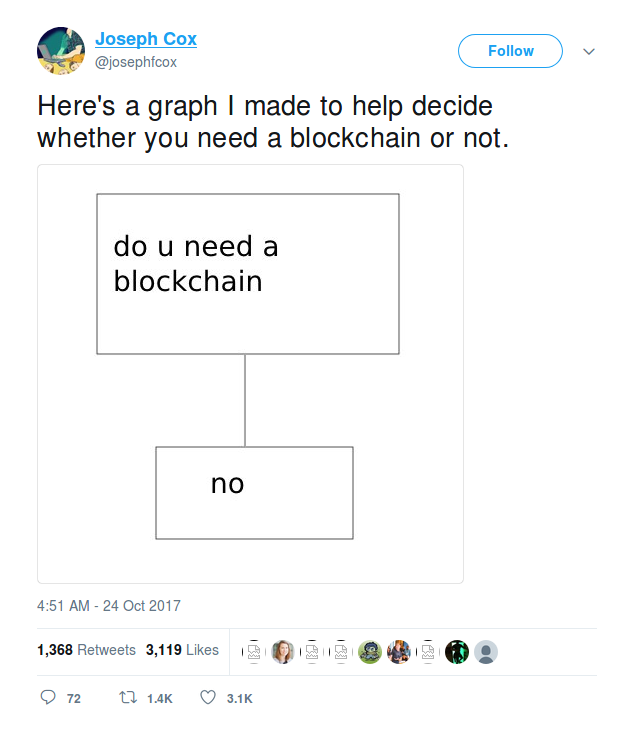