by Amy Castor and David Gerard

Chastain was indicted on Tuesday 31 May, and arrested Wednesday 1 June in New York.

Chastain’s name may be familiar — he’s OpenSea’s former head of product who was caught front-running OpenSea customers in September 2021. He bought NFTs just before they hit the front page of the site. His Twitter account, @natechastain, features a Twitter hexagon NFT avatar of a CryptoPunk. [Twitter] 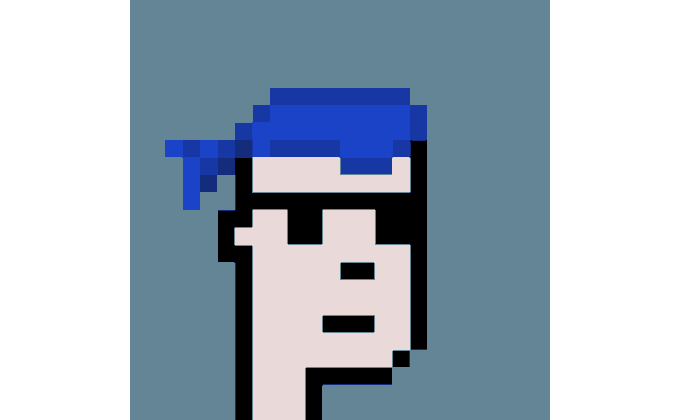 In May 2021, OpenSea, the largest NFT marketplace, started posting NFTs on its homepage. These were switched out several times per week. Featured NFTs would go up in value, as would other NFTs from the same artist.

Chastain, hired in January 2021, was in charge of choosing NFTs to be featured. But which NFTs were about to be featured was confidential. Chastain signed a contract to this effect.

From June 2021 through to September 2021, Chastain is alleged to have used his knowledge of upcoming front page features to buy up dozens of featured NFTs, or NFTs from the same creator, before they appeared on OpenSea’s home page. He would then flip these at a profit, sometimes two to five times the original purchase price.

To obfuscate the money trail, he allegedly bought and sold the NFTs with anonymous accounts on OpenSea and anonymous crypto wallets.

Chastain was originally exposed by Twitter user @0xZuwu, who posted a thread on 14 September 2021: [Twitter; The Verge]

Hey @opensea why does it appear @natechastain has a few secret wallets that appear to buy your front page drops before they are listed, then sells them shortly after the front-page-hype spike for profits, and then tumbles them back to his main wallet with his punk on it?

The next day, OpenSea cofounder Devin Finzer wrote a company blog post saying that Nate had resigned, after being confronted with allegations of insider trading. He said that OpenSea had not been aware of what was going on, and that they had hired a third party to review the case.  [OpenSea]

David commented to the BBC at the time: [BBC]

“It’s jawdropping that OpenSea is only now making a rule that staff shouldn’t trade against their own customers,” said David Gerard, author of Attack of the 50 Foot Blockchain.

“This is a worked example of the need for regulation in the crypto world, and it should be phrased so as to include NFT markets.

“It also shows that if you’re going to do something that might be questionable, then it’s probably unwise to do it on a permanent public blockchain that shows all transactions.”

Chastain laid low for six months. He showed up again in March 2022, pitching investors on Oval, a “personalized platform for collecting NFTs.” Oval was looking to raise $3 million for 10% of the company. A previous version of the pitch deck sought $7.5 million for 15% of the company. [Coindesk]

Why was this particular indictment brought?

Trading against your own customers is absolutely standard in crypto. Not just on the offshore crypto casinos — even US-based exchanges like Coinbase have been busted by the CFTC for faking almost an entire market with wash-trading — when a seller buys from themselves to make an asset look more valuable than it would otherwise be, or to boost trade volume.

Chastain’s mistake was that he assumed OpenSea worked like a crypto exchange — where he could insider-trade, and nobody would care.

But this likely attracted too much heat for OpenSea, which is backed by several big investors, including a16z. They don’t want to risk lawsuits or trouble with regulators.

It’s not clear what regulators OpenSea would be under. It’s not a securities or commodities market. It’s somewhere between eBay and a high-end art market. But the face value of the cryptos thrown around on OpenSea are in the millions — amounts that absolutely warrant regulatory attention.

Around the time Chastain’s activities were outed on Twitter, OpenSea was in the midst of securing another large round of venture funding, which it announced in January — a $300 million Series C, boosting its valuation from 1.5 billion to $13.3 billion.

According to the Department of Justice press release: “As alleged, Nathaniel Chastain betrayed OpenSea by using its confidential business information to make money for himself.” The indictment describes Chastain’s alleged actions at length as a crime whose victim was OpenSea.

It sounds like OpenSea threw Chastain to the FBI so as not to get any on them.

OpenSea should have checks in place to prevent insider trading, yet somehow Chastain’s alleged activity was completely overlooked until someone exposed it on Twitter. And it wasn’t until then that OpenSea’s Finzer took action — but even at that, OpenSea was somehow the biggest victim.

The NFT market already has a reputation for wash trading. Trading activity on LooksRare, a popular OpenSea competitor that launched in January 2022, turned out to be mostly wash trading. [NBC News; Chainalysis report; Bloomberg]

OpenSea is propped up entirely by investor money. The venture capitalists need OpenSea as a Web3 success story.

Chastain did his alleged trading with anonymous accounts. OpenSea had a valuation in the billions, but didn’t even do proper Know-Your-Customer checking while people threw hundreds of thousands of dollars in ether around.

Chastain faces a maximum of 20 years in prison — though sentences for criminal insider trading are rarely this long. A 2014 Reuters report put the average at 17.3 months in the five years up to December 2013. These are almost entirely insider trading of securities — and OpenSea is not a securities market. Most insider securities trading gets an SEC fine — it’s only the big cases that are criminally charged. The indictment does not give a dollar value for Chastain’s profits from his alleged scheme.

Inmate 2: I was front-running images of apes