Canadian newspaper The National Post are huge cheerleaders for capitalism — in the manner you’d expect from a paper founded by billionaire convicted fraudster Conrad Black, and now owned by a hedge fund.

Making money’s one thing — but some people get a bit weird about it.

The Post issued a line of NFTs in March to celebrate “free enterprise,” as part of the paper’s ongoing series “The Capitalist Manifesto.”

The NFTs were pictures of Margaret Thatcher, Freidrich Hayek, Milton Friedman and Ayn Rand. Apparently unable to find any more Augusto Pinochet fans, the artist added Adam Smith. Desperate to find a sixth, he created a fictional character: comic-book-style superhero Captain Industry — to embody “the business leaders who amassed great personal wealth to the everlasting benefit of their nation.”

These luminaries, real and fictional, were rendered as the “invisible hand of the market” — literal facepalms.

From its majestic boardroom atop the highest of financial centers, the Society oversees the mysterious workings of supply and demand. Their guiding vision ensures capital flows unhindered, fueling the engines of prosperity.

Postmedia follows assiduously in the footsteps of Rand — the company took CAD$35 million in government bailouts and subsidies in 2021, and called this a “key pillar” of its business strategies. [PressProgress, 2021] 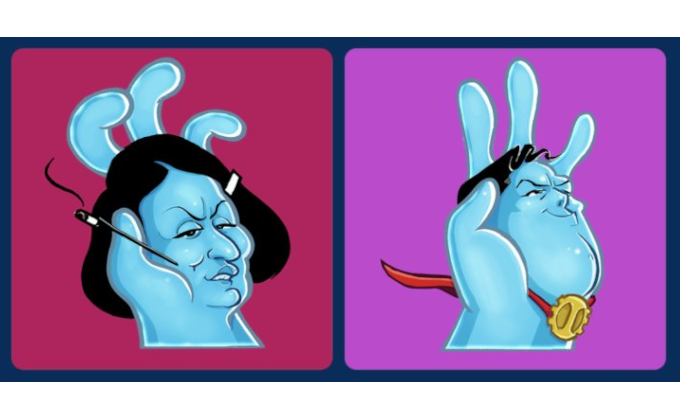 The NFT collection was launched on 31 March. Many thought this was an April Fool’s gag a day early — but the project had been started in late 2021, and evidence left on the Ethereum blockchain shows the paper trying to set up the project starting in January. [Twitter, archive; Etherscan]

“The most successful NFT collections do more than just sell seemingly overvalued JPEGs,” said Hall. “They build a community around what’s best described as a user-generated story, where your NFT is your ticket to participate.”

Finance reporter Stephanie Hughes then had to get the NFTs onto OpenSea. The site wouldn’t even let Hughes list the NFTs with a price in ether — only OpenSea’s site-specific wrapped ether, WETH, on the Polygon blockchain. [National Post, archive; OpenSea]

Like so many projects founded in purist market idealism absent the tawdry details of real life — perhaps you can think of a few from the cryptocurrency world — it didn’t go so well. The bourgeoisie enjoy flattery as much as anyone, and possibly more — but it wasn’t enough to separate them from their money.

On 8 April, the National Post attempted to delete all traces of the site and their coverage of it. Robson Fletcher from CBC caught them in the act. [Twitter]

The one image left up on OpenSea is Milton Friedman — now a snip at 420.69 ETH. [OpenSea, archive]

“The collection personifies Adam Smith’s timeless image of the free market, casting each NFT as a real-life champion of capitalism and transforming them into deities,” Hall said, in a manner that certainly doesn’t come across as aspiring to cultishness, or crawling up his sponsors’ backsides.

This is one of the most advanced NFT projects I’ve seen to date, so I’ve fished the page out of the Google cache and I’m reproducing the text and images here. I hope you’re satisfied.

From its majestic boardroom atop the highest of financial centers, the Society oversees the mysterious workings of supply and demand.

Buy your limited edition NFT today and be a part of the Society’s vision. Only from the Financial Post. 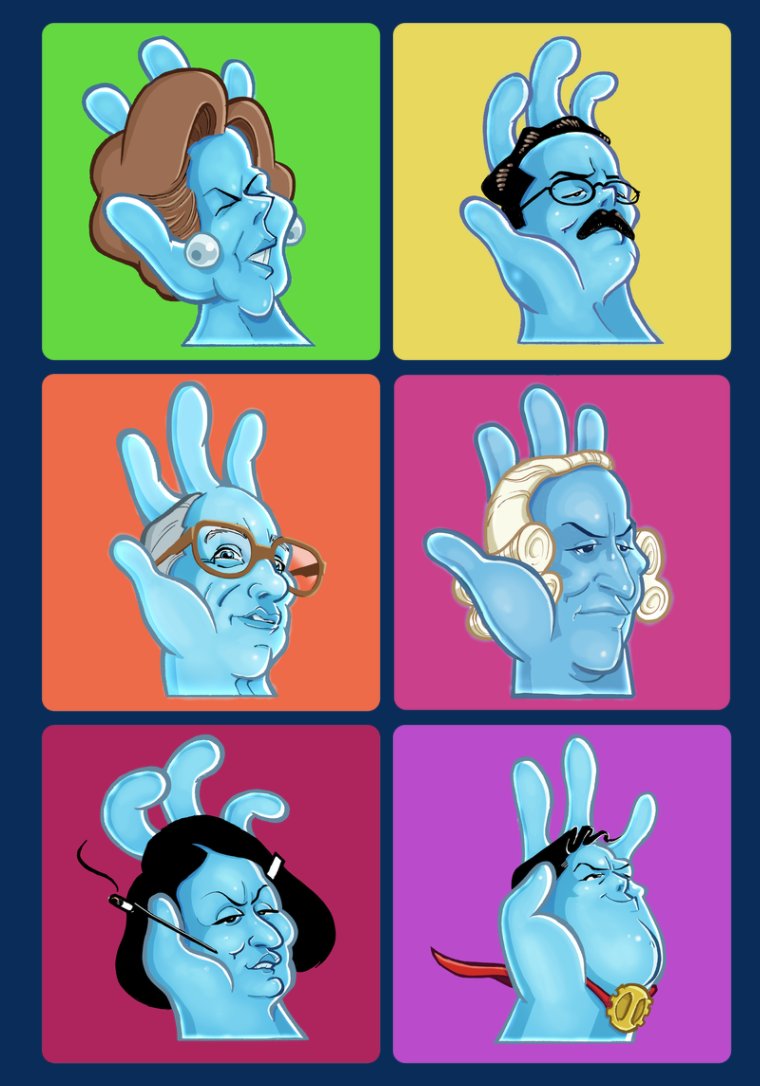 The Iron Lady herself sits proudly as a member of the Invisible Hand Society. Trained as a chemist and having worked briefly as a barrister, Thatcher became leader of the United Kingdom’s Conservative Party before ascending to Prime Ministership. There she proudly upheld neoliberalism against its many challengers, earning her an esteemed place within the society.

The Austrian-born Hayek is a Nobel-prize winning economist and free market warrior. An ardent critic of socialism, Hayek argued that a free market was essential for individual liberty. He condemned overbearing governments’ tendency toward central planning, and asserted that it was the government’s prerogative to defend the free market in order to preserve a free society. The society is proud to count Hayek as a member.

The world-famous economist Milton Friedman was arguably the 20th Century’s most passionate free market defender. With his book from the 1960s, Capitalism and Freedom, Friedman established the philosophical foundation of a generation of capitalists. Later, his theory of monetarism would go on to influence such luminaries as fellow society member Margaret Thatcher and former U.S. President Ronald Reagan. Friedman has truly earned his place among the world’s most renowned free market advocates.

The original Invisible Hand Society member, Smith literally wrote the book on free market capitalism. His book, The Wealth of Nations, laid the foundations of the free market, arguing that rational self-interest and competition lead to economic prosperity. Adam Smith established the Invisible Hand Society, and to him a wiser, more affluent world owes a debt of thanks.

Known by her pen name to her readers and admirers, Ayn Rand’s fiction stridently defended the free market. Rand understood that individual rights, including property rights, were the foundation of a truly free society, and her novels influenced a multitude of political movements. She sits proudly as a member of the society.

The Captain embodies the business leaders who amassed great personal wealth to the everlasting benefit of their nation. Their will toward personal gain increased jobs and productivity, while fueling innovation and expanding markets. This hero wears his cape proudly as a member of the society.