Creative Commons is a charity that promotes ways of making content as widely shareable as possible in a world of pervasive copyright: [FAQ]

Creative Commons draws on the “copyleft” ideas of Richard Stallman and the Free Software Foundation — to make reuse a public license, rather than case-by-case permission.

The idea is that if you want to share a freely-licensed work, or your derivative of it, then copyright still holds — and the license is the only terms under which you are allowed to reuse and share the work at all.* This is the basis for all free and open-source software. [FSF]

CC by-sa lets you reuse a work, even for money — but your derivative has to be under CC by-sa as well. This is what Wikipedia runs on, for example. [CC; Wikipedia]

If you object to the concept of copyright altogether, CC-0 formalises releasing a work into the public domain as a copyright license that works in the present legal environment. [CC]

Creative Commons licenses are thoroughly excellent, a huge success, and have made the Internet a wonderful place. 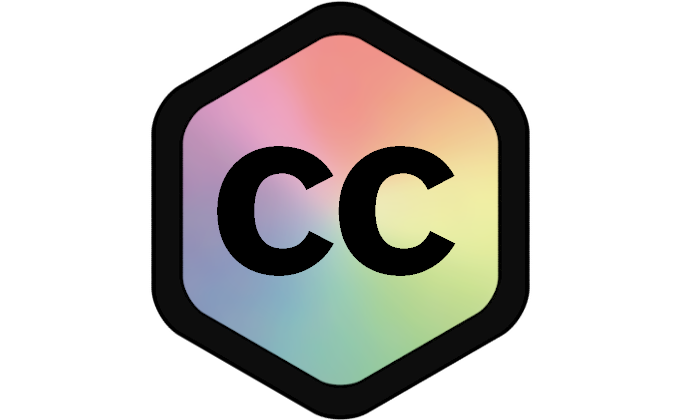 An NFT of Creative Commons’ credibility, after they set it on fire.

Creative Commons isn’t explicitly telling you to get into NFTs, you understand. They’re just taking the time to mention how NFTs are totally cool things that museums are totally using.

NFTs are about coming up with new ways to enclose content and control its dissemination, with gratuitous financialisation. This is literally the opposite of a creative commons.

It turns out that NFTs don’t have a good reputation with the wider public — and, in particular, they have a bad reputation with Creative Commons’ Internet-native, technically-knowledgeable and strongly opinionated base.

The backlash involved the immediate assumption that this was crypto shilling — because approximately 100% of people who say NFTs are any good anywhere are shilling — and asking Creative Commons why this had happened, what the hell they were doing pumping cryptos, and who was promoting their crypto holding here.

The organisation tried to back-pedal, and disclaim their promotion from the day before: [Twitter, archive]

We know the recent article we shared on NFTs is sparking some debate. We want to be clear that we are not promoting NFTs — the articles we share are meant to inform & drive discussion rather than persuade. Third party articles do not reflect the mission & values of CC.

The only “debate” here is the opprobrium of all those who’d thought Creative Commons were better than that — and multiple requests for the Creative Commons board and staff to disclose their holdings in these financial instruments.

Creative Commons chose to promote this financial instrument, and this article about a financial instrument — that’s an action some person took. Putting these things into a charity’s social media is promoting them. Claiming you didn’t do the bad thing you just did is in blatant bad faith.

The Creative Commons Global Summit in September was sponsored by Filecoin! In fact, Stihler had a “fireside chat” with Marta Belcher of the Filecoin Foundation. [Hopin; CC]

Other Creative Commons senior staff, such as Brigitte Vezina, have also been taking the time to promote NFTs. [Twitter]

A full disclosure of Stihler’s crypto interests, and those of all Creative Commons senior staff and board, is needed immediately.

Other Internet charities have been taking a similar unfortunate right turn into promoting crypto-assets, without disclosure.

The Electronic Frontier Foundation (EFF) is an Internet civil liberties organisation, but has a disconcerting ongoing habit of shilling for the cryptocurrency industry — including advocating to the US Senate for the interests of cryptocurrency miners (?!) as a matter of … free speech. [Twitter; blog, PDF]

When EFF promoted Fight for The Future’s brass-necked crypto shilling in October [Twitter], I wrote to EFF asking what their disclosure rules were, now that the charity’s resources were being used to promote financial instruments:

Per our General Counsel Kurt Opsahl says it comes into play if someone has a “material economic involvement regarding the matter being discussed at EFF.”

EFF does not hold cryptocurrencies, when we receive them as donations, we sell them as soon as practical.

We do not require staffers to report their assets to EFF, let alone publicly disclose them.

EFF, and indeed Creative Commons, clearly need to start collecting disclosures — because we’re talking about promotion of financial instruments to the general public, and the charities’ social media outlets are now pumping these things hard.

For comparison, the Financial Times and Bloomberg forbid staff reporting on an asset to have an interest in it in any manner, except under appropriate editorial supervision. FT’s conduct rules, which include the interest and disclosure rules, apply to literally all staff.

(No crypto media outlet bars its journalists from reporting on crypto assets they have a holding or other interest in, which is one of the many reasons the crypto media is unserious boosterism and not in any manner serious trade press.)

Creative Commons is actively promoting financial instruments. Disclosure from all staff is absolutely reasonable, quite a lot of the public response to this week’s promotional postings is to specifically demand such disclosure, and the board and senior staff disclosures should be made public. As should sponsorship arrangements with cryptocurrency companies.