The auction of an original printed copy of the US Constitution on Thursday 18 November was not won by the bidder for ConstitutionDAO. Oh well!

The document eventually went for $41 million, to an unknown bidder. 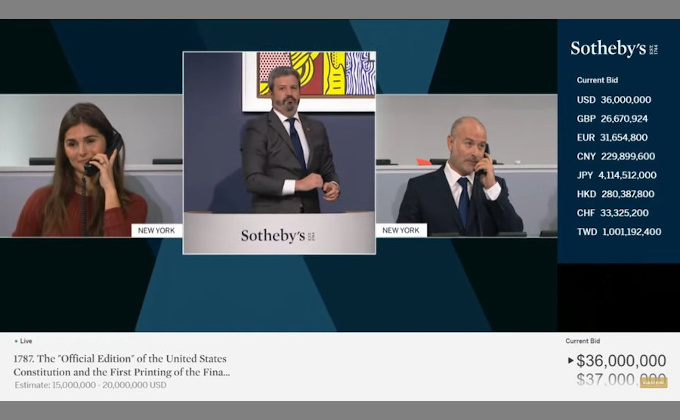 The smell of hammers

The auction of the Constitution was set to start at 6:30pm New York time, though it didn’t get going for another hour. Many viewers watched avidly on the live stream; the chat box was entirely crypto bozos. [YouTube, art auction starts 1:06:00; Twitter]

The first hour was an auction of modern art. The part of crypto interest was the sale of two Banksy paintings, for ether. The auctioneer had to translate US dollar bid increments into ETH as he went. At one point, he had to ask a colleague to translate the prices for him.

Bidding started at $10 million — but rapidly jumped to $30 million.

I understand that Schrader was the bidder for ConstitutionDAO. We don’t know who the eventual winner, Lampley’s client, was. Update: The winner was Ken Griffin, CEO of hedge fund Citadel. He’s going to lend the document to Crystal Bridges Museum of American Art in Arkansas. [WSJ, paywalled]

ConstitutionDAO did initially claim in a Twitter Space that Lampley was their bidder and they’d won the auction. CoinDesk ran this uncritically, then deleted the article when they turned out to have run nonsense. They later put the article back as having been “corrected”. [CoinDesk]

Participants in the Twitter Space were mostly in favour of refunding the ETH to donors — though some suggested using it for new projects. [Twitter]

Doing some of the paperwork

ConstitutionDAO LLC did finally get it together to form its LLC — a Delaware for-profit company.

Remember that there was no “DAO” controlling the large pile of ether — a 13-sig multisig collected the ETH, this two-person LLC would decide what happened to the money. 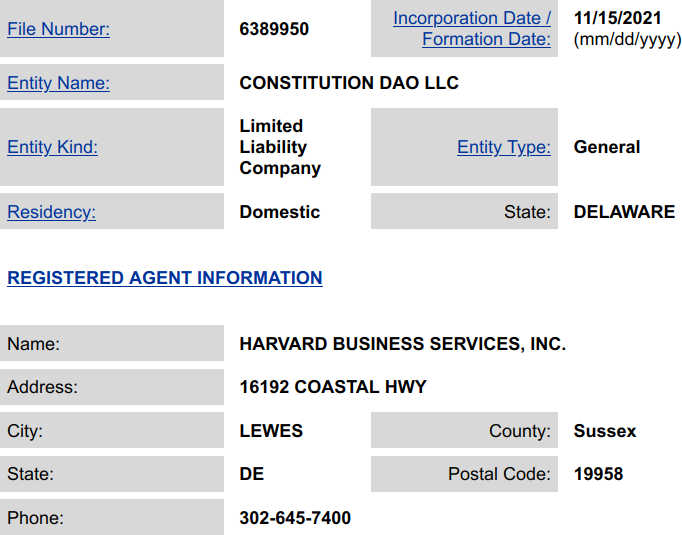 But ConstitutionDAO didn’t end up using the LLC — they sent the money via Endaoment, a nonprofit. The ETH was sold at FTX for dollars, and Endaoment collected the dollars, actually did the bidding, and would have paid the money to Sotheby’s if they’d won the auction. [Endaoment; ConstitutionDAO FAQ]

Juicebox has a pile of settings for a DAO that’s run via Juicebox — and ConstitutionDAO seems to have used almost none of them. In particular, there’s a pile of stuff around how to return value to shareholders, and none of it is set up for ConstitutionDAO.

ConstitutionDAO has promised to refund all donors via Juicebox, however — minus Ethereum gas fees. [Twitter]

What does this mean for the future?

ConstitutionDAO and the crypto press have talked up this crowdfunding exercise as a template for all sorts of fabulous future collective actions!

None of those future collective actions should be entering a big-money art auction, though.

ConstitutionDAO’s fatal error was letting the world know precisely what the maximum they could bid was — because that includes their opponents in the auction, who knew that ConstitutionDAO would have to tap out at $41 million.

Let’s assume a hypothetical future auction. Your organisation, the Goldbrick Foundation, is selling an NFT of the incredibly rare British Constitution. You know someone is all-in for this document — and you have a good idea how big a pot of money he has.

If you know someone who can set up a ringer, and you can find some crypto whales to lend you a million dollars of ETH, then the total pot of ETH the ringer has to bid with is not only publicly known, but is now $1 million larger.

I am absolutely not claiming that ConstitutionDAO was a ringer in the present auction — as far as I know, and from what others who know the principals tell me, this was a 100% sincere plan.

But I am claiming that this is an incredibly obvious scam that someone could run next time. Bid rigging is illegal, but so is money laundering. This could be a new form of crypto crime!

There are six separate entities who put one million dollars (234 ETH) or more into ConstitutionDAO. Some of these are like Ethereum address 0x62e2 — where a pile of fresh ETH was withdrawn from FTX and sent to Juicebox, and the address has no other activity. Of course, they could just be a paranoid whale. [Etherscan]

The existence of ConstitutionDAO generated tens of millions of dollars for the Dorothy Tapper Goldman Foundation.

But then, this level of thinking ahead is how ConstitutionDAO approached everything else about their project. At least they had fun. And spent a lot of ETH on gas fees. 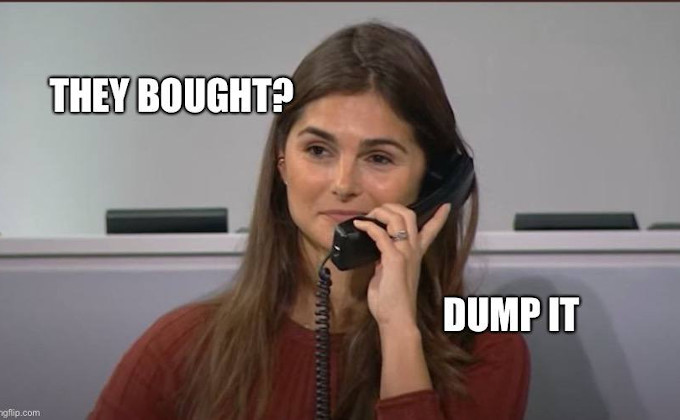 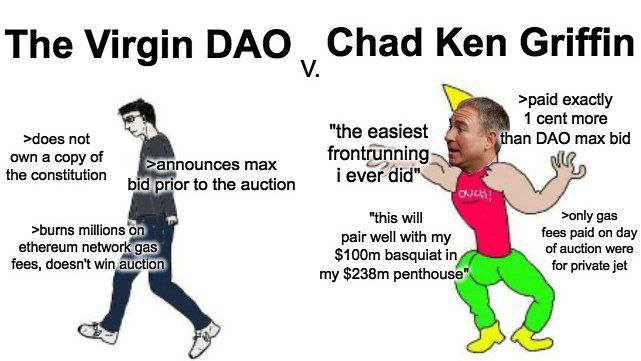