I was dredging the bottom-of-the-barrel quickie crypto and blockchain books on Amazon’s Kindle Unlimited on Saturday morning, and finding whole chapters lightly paraphrased from my own stuff. You know you’ve arrived when you’re being plagiarised!

(If you ever want to see a literary wasteland, search Kindle Unlimited, last 90 days, “blockchain.”)

One favourite source for the lower-effort authors was my Foreign Policy article on Facebook’s Libra sort-of-cryptocurrency. Libra may not exist — and might never exist — but there’s still plenty of interest in it.

So I asked some crypto contacts what questions normal people had asked them about Facebook’s whacky crypto-Bitcoiny thing — and any questions they had themselves. 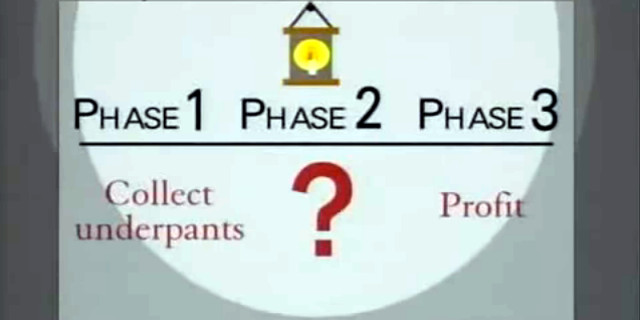 Libra is a plan to set up an international payment system. It won’t run on dollars or euros or pounds, but on Facebook’s own currency — the Libra. So get used to doing annoying conversions all the time.

If you’re in the United States, Libra offers a fabulous futuristic world of “paying bills with the push of a button, buying a cup of coffee with the scan of a code, or riding your local public transit without needing to carry cash or a metro pass.” So, PayPal or Venmo, but it’s Facebook, and it’s in your Messenger, Instagram or WhatsApp.

If you live in Europe, Libra’s fabulous future is literally the present. I’ve had all those things for a while now. I’m wondering if anyone who worked on that bit of the documentation has ever left the US.

There’s also claims that Libra can “bank the unbanked,” but Libra don’t detail how that will work in any detail at all — any more than the bitcoiners who’ve been making that claim since 2013 have ever offered.

There’s also no sensible reason to do any of this as a blockchain — but Facebook really want to, so they are anyway. Nobody knows why.

The big one is, can you spend Libra on literally anything at all outside Facebook? Which fool will go for it? Why would you use this rather than actual proper money?

Not as yet. But if people can get the slightest discount by using Libras instead of dollars, I’d think they will. So that would be the obvious way to market it.

Any detailed information about their business model more generally, because they somehow forgot to include this in their white paper. What’s in it for Facebook?

But there will be money to be made from Calibra — Facebook’s own Libra payment system for consumers like you — and from interest on the Libra reserves, paid out to Libra Association members who hold Libra Investment Tokens.

Facebook’s actual business model is selling personal data. Do you think this is primarily an attempt to include purchase-tracking in that data pool? Tell me the ways it will shred my privacy.

This is the obvious reason for Facebook to start a payments business — imagine being able to match known spending habits with a user’s profile, and selling ads based on that!

Facebook have promised that your personal Libra transactions will be entirely private from the Libra Association! Except if you use the Facebook Calibra wallet — the one that pretty much everyone will start on — then that data will be shared with Facebook.

But then, people will observably sell their data-profile souls for a bit more convenience and a few percent off, when you use your Libras with selected partner companies. So the answer is, it’ll shred your privacy in every way — for fabulous deals!

What’s Libra’s investment strategy? What kind of entities would the Libra Reserve be acquiring the funds for the reserve from — banks? hedge funds?

“The assets in the Libra Reserve will be held by a geographically distributed network of custodians with investment-grade credit rating,” says the white paper — “a collection of low-volatility assets, such as bank deposits and short-term government securities in currencies from stable and reputable central banks.”

The reserve is detailed on its own page. It will start with $10 million from each founding Libra Association member, plus the cash that end-users pay Libra Authorized Resellers (such as Calibra) to buy Libras.

There are also Libra Investment Tokens. The Libra Association Council web page doesn’t mention these, but the separate PDF white paper still does — “the raising of funds from the members as well as other investors through the sale of Libra Investment Tokens (a token that grants rights to a share of the future interest accumulated in the Libra Reserve).”

Details about governance inside the Association (so called written core values, what could be changed with what majority etc.) and personal (or even close/private) connections between the first 28 firms in the association.

Governance and principles are outlined in the Libra Association Council web page. It all looks a bit elaborately hypothetical to me at this stage.

Your voting power in the Libra Association Council is proportional to how many Libra Investment Tokens you own.

How effectively will it allow them to dodge taxes?

If the Libra blockchain is available as a ledger, the tax authorities know where to go to ask to look at it. I’m not sure this would in fact do better at Facebook’s level than existing tax-dodging systems do.

But I am pretty sure their aspirations are along those lines — the white paper statement “We believe that people have an inherent right to control the fruit of their legal labor” has echoes of Ayn Rand, as reprocessed for Bioshock as “Is a man not entitled to the sweat of his brow?”

These are the sort of rich libertarians who believe they are truly self-made men, and Facebook has long behaved as though outside regulation and governance is a personal affront.

In what circumstances could someone “trade” Libra anonymously?

The Libra white paper talks about allowing pseudonymous transactions — but it also talks about obeying Know Your Customer and anti-money-laundering regulations, which is literally the opposite.

I would first assume it was as anonymous as Bitcoin, or any other permanent cryptographically verified ledger where every transaction you’ve ever made can be found — so, assume only slight pseudonymity. Though some Libra technical documentation suggests they might trim old data as is reasonable.

What will happen next? Will Libra ever happen?

Nobody knows. Facebook don’t seem to have anticipated the vehemence of the backlash from financial regulators and politicians, including Donald Trump telling them personally that they need to get a banking charter if they’re going to behave like a bank.

The other question is what we mean by “happen.” The Libra white paper is an inchoate pile of crypto ideas they thought sounded cool, and contradicts itself a lot — e.g., how do they do a future completely permissionless and decentralised coin that’s also backed by reserves, and can burn coins as the reserve is cashed out? How can Libra promise future decentralisation when they admit that nobody knows yet how to do even cryptocurrency levels of decentralisation, without the stupid wastefulness of Proof-of-Work?

For all that Facebook says over and over that Libra isn’t just Facebook — they’ve had trouble getting other companies into the Association at all.

Visa Inc. stressed in their Q3 2019 earnings call that the Libra Association has no members:

We’re in discussions and our ultimate decision to join will be determined by a number of factors, including obviously the ability of the association to satisfy all the requisite regulatory requirements. So, Bryan, in my estimation, it’s really, really early days and there’s just a tremendous amount to be finalized. But obviously, given that we’ve expressed interest, we actually believe we could be additive and helpful in the association.

A Financial Times article from August reports how three (unnamed) prospective members of the Libra Association were considering leaving — worried about the regulatory heat. And that Facebook was upset that their prospective members hadn’t been backing them up more.

I’d be surprised if Facebook don’t do something. Calibra is a plausible business idea that might be useful in the US — even if it’s just on the level of PayPal or Venmo but-it’s-Facebook, perhaps initially denominated in US dollars.

As I write this, calibra.com, the big splash page for Calibra, doesn’t work in Firefox — only in Chrome. This is how companies behave toward products they don’t really take seriously. Facebook also forgot to buy the obvious typo, colibra.com — which is a domain squatter holding page.

But an international blockchain currency, with whole-country levels of issuance, run by a Silicon Valley consortium? That might be less feasible.