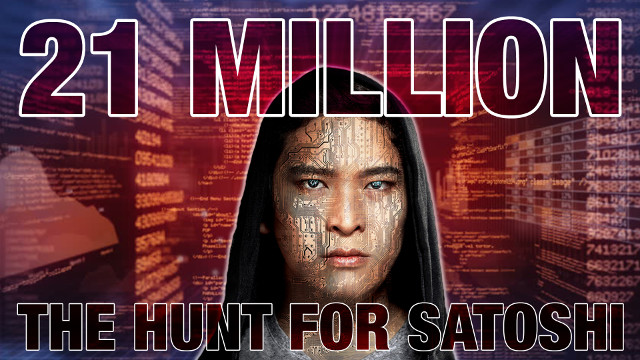 “Blockchain film and TV rights funding and distribution platform” Livetree Adept, which is funding itself with an ICO in a few days, “is partnering with The 21 Million Project to launch the series, which is set in the the world of cryptography and espionage.” They say they’ll be starting “pre-production”  on 5 February.

My first thought was of SingularDTV — which you’ll remember from chapter 12 of the book — and their TV show Singularity, which inexplicably failed to start filming in late 2016. (No, it wasn’t the movie or the TV pilot of the same name.) Instead they’ve pivoted to blockchain services for musicians. And their aspiring entertainment platform EtherVision, the section for which on their site reads only “SingularDTV’s decentralized, peer-to-peer distribution portal. Start your channel here!”

Perhaps Livetree Adept and 21Million will do better. Unfortunately, they seem to be choosing ideology over industry best practices.

Children of Satoshi Ltd. was formed in mid-November last year. It’s a wholly-owned subsidiary of 21Million Production Ltd, formed in July last year. Both reside at the same rent a posh London address service that Björk’s cryptocurrency partners Audiocoin use.

Principals are Nicholas Ayton and David Lofts. You’ll recall Nick Ayton from chapter 11 of the book as the author of absolutely the worst bit of Business Blockchain bafflegab ever written, so bad it rated a four-paragraph footnote in the book.

Here’s the 21Million website, and here’s how they plan to approach writing their tightly-plotted, character-driven action drama — by crowdsourcing Bitcoin fan fiction:

Decentralised film production is an entirely new concept, and 21 Million will be the first show in the world to be made this way.

For every country Benjamin visits on his quest we’ll have a writer, a director, a local cast and crew. Local knowledge from local ‘Nodes’.

Emerging talent sourced from each city on Ben’s journey will help craft the story of his adventure — from the bars he visits to the streets he walks and the places he hides. And this is where the real crypto community comes in.

Locations, extras and even supporting actors are drawn from among the community that has made the series possible by funding it.

By listening to the views of creative people wherever we travel and involving local people everywhere we shoot, we can collectively produce a show that is authentic and original, to tell the story of the Bitcoin revolution through the eyes of the world’s most hunted CIA operative.

BTCManager ran an interview with Lofts, who was inspired by the politics of George Galloway (a somewhat odd British leftist politician) and was a big fan of his stuff on RT, and somehow got from there to Bitcoin.

The trouble is, competent actors and crew tend to want payment in actual money. Lofts initially claims that 21Million will pay them properly, then reveals, whoops! They’ll get the bulk of it in cryptos instead:

Same goes for the actors, and even the catering team.

This way, when people pay to watch our content, a smart contract distributes the GROSS REVENUE (Not non-existent net profit) to every token holder.

Our contributors get 50 [percent] and the cast [and] crew get 30 [percent] shared between them – forever. That’s how Hollywood should work, but instead it rips off the artists, the writers and the crew in favour of giving people like Harvey Weinstein all the money, and the seeming impunity to get away with whatever the hell they like. This has to stop, and I’m completely stoked that I’m leading the charge, along with my partner [Nick Ayton].

The motivation is that Lofts is a true believer in crypto who wants to tell the story right:

21 Million is an action/drama TV series that sets out to tell the Bitcoin story and position Bitcoin & Blockchain as a force for good. We wanted to tell the story before Hollywood got hold of it and cast Tom Cruise as Satoshi and Bruce Willis as Hal Finney and made them out to be some kind of terrorists or bad guys to be hunted down by Trump’s White House lackeys.

A labour of love by devotees so firmly committed to their ideology, that they literally use their ideology as the production method.

At this point, I was thinking Atlas Shrugged The Movie, but English: “Has there ever been a Hollywood adaptation of a major novel as faithful and yet so misguided and downright strange?” It is not impossible that this approach will net funding from the crypto faithful …

Nick Ayton also writes up what they’re doing, in his inimitable style:

21Million is a Libertarian story of Bitcoin told by Libertarian filmmakers that are fed up with the Hollywood system where gender inequality, pay inequality, sexism and discrimination is part of everyday life, where profits from the box office don’t covert into pay for cast and crew, where only the few, the 1%, benefit along with their layers of middlemen friends that add cost and inefficiency to the process of making great content.

When crypto analyst and ex-Marine Benjamin Neavis uncovers a single fragment of the Bitcoin algorithm that connects a collapsing bank, a child trafficking ring and a defrauded online casino he is blamed for all three crimes and instantly becomes known the world over as the child predator who stole half a trillion dollars… from every country in the world.

Charged with Child Trafficking by his bosses at the CIA and publicly accused of hacking the casino by his ‘ex’, a price is put on his head by the Chairman of the collapsing bank. Who just happens to be his Father.

​Just in time, Benjamin is broken out of CIA custody by an anonymous organisation who know he was framed — they’re the ones who framed him. They make him choose — rot in jail or collect and decrypt six other fragments of code — all hidden in different locations around the world.

​Only executing the fragments will create the master code that will prove his innocence, but what he doesn’t know is that it will also trigger a global hack. And a global collapse that will wipe out every bank and stock exchange on the planet.

​Fleeing from every government agency, underworld boss and the media, Neavis will need all of his military training and darknet hacker skills simply to survive, unaware that the only way to save himself is to bring down the World Order as we currently know it.

I’m frankly boggling that the first thing that sprang to mind was to make their main character an accused child predator, or that they think this will play well with their audience of crypto fans.

The 21Million ICO ran through June and July. We’ll see how the Livetree Adept one goes, and if a single minute of televisual product results …

One Comment on ““Children of Satoshi”: an ICO-funded TV action drama about Bitcoin”