In August, AMD released a new flagship Radeon graphics card, the Vega Frontier Edition. They wanted to compete with Nvidia in the number crunching market — heavy-duty scientific computation, rendering and so forth.

It looks like it didn’t take off. So AMD has finally abandoned any remaining dignity, and is now marketing the card as the Vega Frontier Edition for Blockchain Pioneers.

Who are the pioneers? They are the ones who have cured diseases and strengthened our bodies. They work to heal our planet and explore new ones. They work to undo mankind’s mistakes and protect the next generation from making them again. Harnessing science to fuel creativity, and employing creativity to drive science. They pursue an unerring, unwavering path towards their goals. There are no barriers, no compromises. They are people who see boundaries as starting lines, and who risk everything in pursuit of innovation. They are the early adopters, the people whose passion is to pursue what is new and different. Their achievements won’t be measured in days, weeks or even years. They’ll be measured in centuries.

— because running a hash calculation over and over so you can make a few dollars from a minor altcoin before NiceHash gets “hacked” again and it vanishes is just like being a scientific pioneer doing something useful to humanity that anyone except Reddit /r/buttcoin posters will remember.

The Vega Frontier is overpriced as a gaming card, though cost-effective as a compute card. AMD is so keen to compete with Nvidia that they are losing $100 on every Vega Frontier they sell.

This appears to be a new marketing page for the same card they released in August — the October version of the page pushed the card for rendering and scientific computing, and doesn’t mention blockchains. There’s also a driver specifically for miners (which was available for the August release).

You will never mine back the money you spend on this card, but don’t let me stop you.

we're selling them instead of running them ourselves because we're generous

get in on the ground floor, pioneer

(I'm the FLOPS performance for an integer-only compute load)https://t.co/fFGf0atRc2 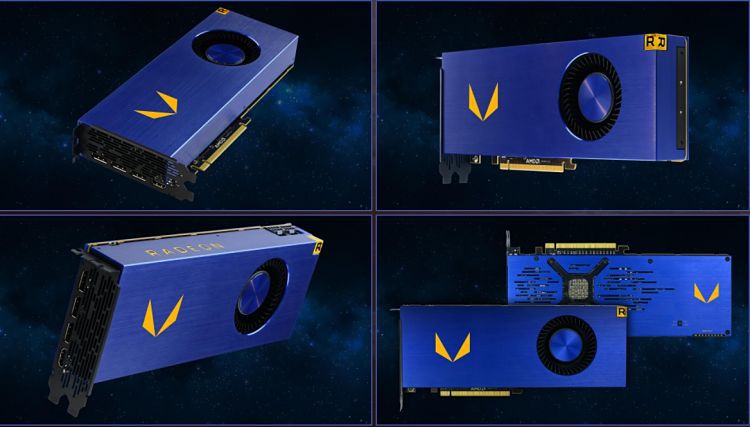 Corporate loss edits are a surreality too far.