I have some experience of cryonicists, and transhumanists in general, having hung around LessWrong for a few years, and my next book project has the tentative working title Roko’s Basilisk. So I was singularly delighted when Tom Morris pointed me at this one: CryoGen — YOUR OPPORTUNITY TO PROLONG LIFE THROUGH THE APPLICATION OF CUTTING-EDGE SCIENCE OF CRYONICS TECHNOLOGY. (In capitals.)

CryoGen is an ICO to fund Russian cryonics company KrioRus. They’re pretty straightforwardly running it as a fundraiser for scientific research into cryonics: how to freeze a human and bring them back to life afterwards. Or, increasingly, to recover a copy of their mind, which you would then run as an emulation on a computer.

The main problem with this is that cryonics not only doesn’t work, there’s a ton of reason it can’t work, and actual neuroscientists consider the idea of freezing a brain and bringing back the mind inside it, in any way, to be ludicrously, ridiculously impossible.

Long-term memory seems to be stored as proteins at synapses to adjust interconnections between neurons. We have no idea if cryonics — which involves pumping the brain full of antifreeze then freezing it with liquid nitrogen — preserves this in sufficient detail. Working biologists with a strong interest in preserving the information consider it doesn’t:

There’s a technique where you slam the specimen into a block cooled to liquid helium temperatures — even there you get variation in preservation, it still takes 0.1ms to cryofix the tissue, and what they’re interested in preserving is cell states in a single cell layer, not whole multi-layered tissues.

… We can’t even record the complete state of a single cell; we can’t model a nematode with a grand total of 959 cells. We can’t even start on this problem, and here are philosophers and computer scientists blithely turning an immense and physically intractable problem into an assumption.

Recovering the information is not even that well worked out. No revival method is proposed beyond “one day we will be able to do anything!” Some advocates literally propose a magic-equivalent future artificial superintelligence that will make everything better.

The Society for Cryobiology went so far as to ban cryonicists in 1982, specifically those “misrepresenting the science of cryobiology, including any practice or application of freezing deceased persons in anticipation of their reanimation.”

I was neutral-to-positive on the idea of cryonics — long shot, could work, might be better than nothing! — until a friend was getting interested in the idea several years ago. So I looked into it a bit more closely, and rapidly started going “what on earth is this ridiculous garbage.” I ended up writing most of the RationalWiki article on cryonics.

If I thought this stuff was even faintly possible, I’d sign up like a shot. I’m pretty sure all the competent evidence is that it really just isn’t.

Cryonics fans are as rabidly enthusiastic as bitcoiners — and sometimes they’re the same people, such as Satoshi’s beta tester for the early Bitcoin code, Hal Finney — so I fully expect detailed comments on this post from aggrieved advocates of pseudoscience.

(For instance, I said “freeze” up there, and someone will already have started writing a comment saying that they don’t freeze people, they vitrify them — freezing as a glass without crystals — therefore everything I say is wrong. Never mind that in real cryogenics, such as embryo freezing, the word “freezing” is used all the time and “vitrification” is treated as a kind of freezing, which it is.)

Cryonicists are also as fractally incompetent as bitcoiners, as Corey Pein dramatically illustrates in Everybody Freeze!, an article for The Baffler on how US cryonics company Alcor recruited as a patient Kim Suozzi, a young woman dying of brain cancer who’d heard about cryonics after getting into Ray Kurzweil and the Singularity. Her story is a breathtaking and horrifying saga of slapdash amateurism, particularly for an organisation that has been doing this for four decades:

Within minutes of taking custody of the body, the bumbling Alcor team began experiencing a series of equipment failures. A temperature monitor didn’t work because, as it turned out, the batteries were dead. Shortly thereafter, their expensive mechanical chest-compression device stopped functioning. Then, having moved Suozzi’s body into a tub of ice, the Alcor team realized they’d forgotten to bring along a key piece of cooling equipment. Alcor’s after-action report, compiled from the haphazard “free-form” observations of an unnamed but “experienced” observer, determined that such mistakes could in the future be remedied by “the use of a checklist.” Now there’s a thought.

The only nice thing is that cryonicists are, almost to a man — the gender imbalance is stupendous, with “hostile wife syndrome” being a frequent cryonicist complaint — desperately sincere. They consider this an obviously sensible idea that one would have to be stupid not to sign up for! They’re not crooks by intent. However stupid and terrible their product is. 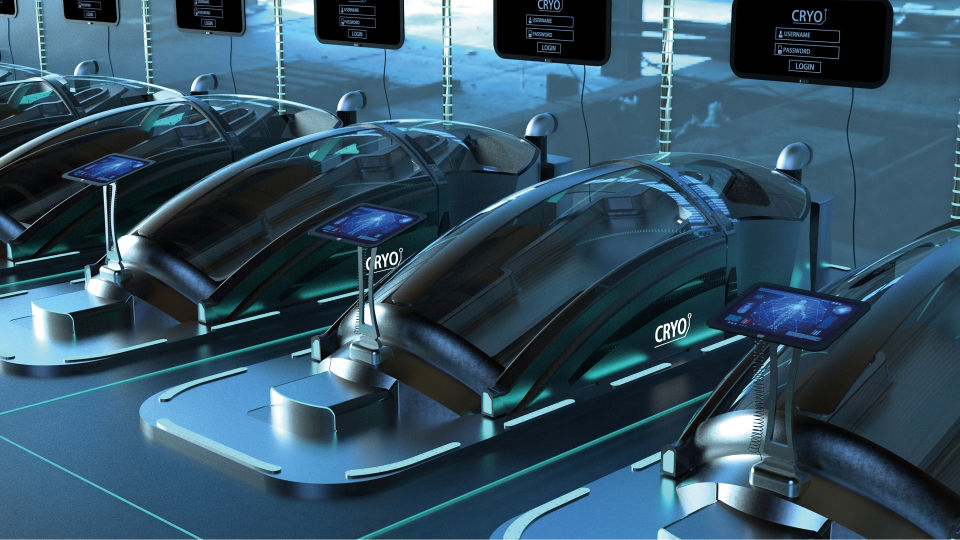 So let’s see what your ether will buy!

The white paper is a hoot. It starts with a Hal Finney quote, then a few pages of explanation of how this “could” work — and much as in the blockchain space, the word “could” should always be read as “doesn’t” — mostly claiming the work of cryobiologists as evidence that their boondoggle isn’t impossible. The next few pages detail what KrioRus do to preserve a body. Every time it says “scientists”, you should read it as “slapdash amateurs playing scientist.”

The pitch is simple, and I would guess their main target market is transhumanists: “The goal of the CryoGen project is to attract the attention of the world scientific community to this technology, to stimulate fundamental research of creating a completely safe thawing technology. Our activity will boost studies and researches in this field.”

You’ll be pleased to know that your generous funding will be applied directly to practical work, with this on their timeline for 2022:

Humanity grapples with the challenges of ever longer duration space travel. But clearly, the life support and provisions of space travelers with nutrition during long space voyages related to huge expenses. Thus, it is necessary to create technologies for space anobiosis to make ultra-long space travel possible.

The CRYO tokens are utility tokens, accepted for purchase of services from KrioRus. The team and advisory board are almost all cryonicists, with one blockchain specialist, Lev Leiman (“Ideas Seller, Marketer, IT Developer, Blockchain Analyst”).

The only plus point to all of this is that KrioRus are sincerely delusional rather than out-and-out crooks. I do believe their stated intentions: they’re doing this to get money to spend on pseudomedical technology that can’t work, rather than to run away with a great big pile of ether. It is possible they will successfully achieve wasting money to turn corpses into popsicles! 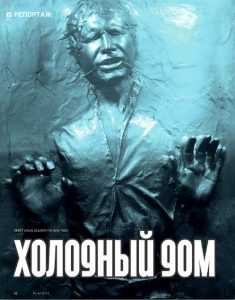 The press links for the ICO are to articles on KrioRus, rather than the ICO itself. They include not a press clipping of their article in the Russian edition of Playboy, but the entire damn PDF (122 megabytes) of Russian Playboy September 2013, which I’m sure the publishers would be delighted by. “No no, I only read it for the tedious puff pieces on transhumanist attempts to make sci fi real.”

They’re pitching it to the crypto crowd as well, but I would suggest this is only a useful ICO if you expect to be in the market for KrioRus’ services and also want to increase the likelihood of their methods being any more effective at defeating death than the ancient Egyptian mummification process turned out to be. Outside of fiction. Maybe you’ll get to Mars this year.

im sure hal finney will get back to you any minute pic.twitter.com/YlTo3VAkXf

5 Comments on “ICO of the day: CryoGen — bringing crypto and cryonics back together once more”