Back in the first burst of Bitcoin clones, some altcoins were marketed as being part of a city or a country. Start a local coin, and everyone will get magically rich for free!

This is a form of affinity fraud — where you pitch to a defined group, saying “I’m one of you. Would I scam you?”

Auroracoin in Iceland was a famous example. Auroracoin was airdropped to Icelanders — most of whom sold their new AUR immediately, crashing the price. AUR still exists, and CoinMarketCap says it traded a total volume of $120 in the past 24 hours. [CoinMarketCap] Scotcoin is run by two guys out of a pub, and they get a bit of nonsensical press coverage every few years.

Local cryptos fell out of fashion in the ICO era — the favoured business proposition became just penny stock fraud, but on the blockchain.

Now we’re back, with CityCoins — free magical money for your city! [CityCoins]

Francis Suarez, the mayor of Miami, has been promoting cryptocurrency for a while now — he thinks this will attract tech investors to the city.

Suarez is the mayor who thought Elon Musk’s Hyperloop would be just the thing for Miami — digging a tunnel under a city built on waterlogged limestone. We can assume he’s not a technical guy. [The Verge; Miami New Times]

MiamiCoin was promoted locally on banners, signs and truck billboards.

CityCoins is built on Stacks — formerly BlockStack — which is a smart contract platform built atop Bitcoin, run by Muneeb Ali. MiamiCoin is a token running on Stacks. [Stacks; CoinTelegraph]

Patrick Stanley from CityCoins told CoinTelegraph in November 2021 that MiamiCoin had generated $22 million up to that time. Except, of course, that’s not dollars — it’s STX, the native token on Stacks. [CoinTelegraph]

STX used to be registered with the SEC as a security. The company claims STX is now a “utility token,” and no longer files reports with the SEC — though STX is still traded like an ICO minor altcoin. [Decrypt]

You “mine” MiamiCoin by buying STX tokens and sending them to the CityCoins smart contract. You get MiamiCoins. Some go to you, and some go to the city. Suarez has a vague plan to cash in the STX to bitcoins and then dollars for the city. [CityCoins; CityCoins; CoinTelegraph]

CityCoins tells users to hold and reinvest, and not to cash out. Now, you might think that’s a huge red flag warning as a thing that Ponzi schemes always tell their customers to do.

How do you turn your STX magic beans into actual dollars? Well, you go to any number of extremely questionable minor altcoin exchanges. You turn it into bitcoins or ether, or perhaps tethers. You then sell these on a real exchange. [CoinGecko]

Eric Adams, the new mayor of New York, is famously a massive coiner — of the sort who has no idea how cryptocurrency works, and doesn’t care, ‘cos he’s busy partying with Brock Pierce. [Vice; Politico]

It’s unlikely that Adams has someone to advise him against this bad idea — because his current ideas on cryptocurrency are just as bad, and he’s already got the CityCoins guys in giving presentations to his staff.

One issue for NYCCoin — as they’re already calling it — is that neither CityCoins nor Stacks has a New York Bitlicense, required for cryptocurrency companies to operate in the state.

Expect CityCoins to use New York as social proof of their idea being good, and other cities to follow suit — whether or not NYCCoin actually goes anywhere.

Jim Kenney, mayor of Philadelphia, has given the go-ahead for the city to look into a CityCoin.

The guy pushing the idea appears to be the city’s chief information officer, Mark Wheeler. As I write this, Wheeler’s Twitter display name is “Mark Wheeler markaroo.btc”. [StateScoop; Twitter, archive]

The formal vetting process for a PhiladelphiaCoin will involve considerable legal review. Philadelphia will also try to review the agreement between Miami and CityCoins. 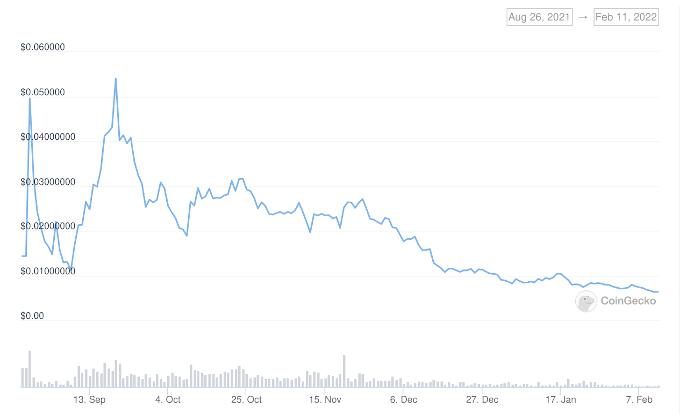 So much for MiamiCoin

The total supply of MiamiCoin is now worth about $6 million — assuming there was anyone who wanted to buy them so you could cash out. [Protos; CoinGecko]

Suarez announced that Miami received a payout from CityCoins of $5.25 million. This wasn’t from selling the MiamiCoins or STX. It was a “donation” from CityCoins — a promotional expense, so that the scheme didn’t look too much like a disastrous failure. [NBC Miami]

It’s philosophically possible that Suarez will take the hint and get out of this crypto rubbish — but he’d need a new personality first.

How does this end?

10 Comments on “CityCoins — free magical money for your city! Maybe”