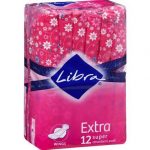 Facebook’s Libra may use multiple coins based on national currencies — and not just their original idea, a coin based on a basket of currencies in a reserve.

Bloomberg and The Information ran stories at about the same time yesterday evening — and the financial press went wild! [Bloomberg; The Information, paywalled]

Bloomberg and The Information both speak of being told this by “three people” close to Libra. Mike Isaacs from the New York Times says he and Nathaniel Popper from the NYT also heard from three sources. I’d say this sounded like a deliberate quiet publicity push, if I thought Libra thought that far ahead. [Twitter]

The thing is — this isn’t a new plan. David Marcus and Mark Zuckerberg both floated the idea of national currency coins on Libra in October last year.

Marcus said to an unnamed US banking seminar, on 20 October 2019:

We could do it differently. Instead of having a synthetic unit … we could have a series of stablecoins, a dollar stablecoin, a euro stablecoin, a sterling pound stable coin, etcetera. We could definitely approach this with having a multitude of stablecoins that represent national currencies in a tokenized digital form. That is one of the options that should be considered. [Reuters]

Zuckerberg testified to US Congress, on 23 October 2019:

And I think that there’s already some discussion about whether it might make sense to build the kind of digital payment system that we’re talking about based on individual sovereign currencies rather than a kind of combination of these currencies into some new one. So that’s something that’s already being considered. [transcript]

Facebook really, really want the basket Libra — but the national-coin scheme is clearly a long-standing backup plan, as they beg regulators to let them do something like they originally wanted to.

One telling example of the basket Libra still being the real plan is Ben Maurer from Calibra’s talk at the Stanford Blockchain Conference, 2020 — a presentation on the Move smart contract language. Libra is feeding their own engineers the original June 2019 plan for Libra. [diyhpluswiki]

Dante Disparte reassures Amy Castor in Decrypt that Libra is firm on its original bad idea:

The Libra Association has not altered its goal of building a regulatory compliant global payment network, and the basic design principles that support that goal have not been changed nor has the potential for this network to foster future innovation. [Decrypt]

Revamps are in the air, because Libra still can’t get its bad idea past the regulators — the same ones who said “LOL, what on earth, absolutely not” within hours of Libra’s initial announcement last June.

Hannah Murphy from FT wrote in late February how “the Libra Association has been working on developing a blueprint for a ‘Libra 2.0 that addresses US regulators’ concerns, according to several people familiar with the project.” [Financial Times, paywalled]

Hannah was also “told by one source that the Libra Association is holding off making any final decisions on the shape of the project until it has more concrete regulatory guidance from e.g. FINMA”. [Twitter]

But — Libra already got guidance on this point in September 2019, when they asked FINMA, the Swiss regulator. (Libra is a Swiss association.)

Implementing tokens for national coins is trivial — Libra plans a blockchain that can run smart contracts, so you could run any number of tokens on Libra as easily as you could on any similar blockchain. That bit’s easy.

The hard part is: how to comply with anti-money-laundering laws? A national stablecoin would just be e-money. And FinCEN and its counterparts in other countries are all over that. Know-Your-Customer on the individual customers isn’t enough — you are required to watch the movements of the e-money as well.

The fallacy of Libra, and of cryptocurrency plans in general, is that 0% of the problem is technology. We know how to move numbers on computers. New tech adds nothing. 100% of Libra’s problems are going to be regulation.

You hit the nail on the head. There is no innovation whatsoever. They have literally invented nothing. Libra is possibly the least innovative project to ever come out of Silicon Valley.