This caused some slight problems just before Christmas — when the browser was caught presenting “support this site” banners for creators who weren’t signed up for BAT at all. Amy Castor wrote up the story for The Block. 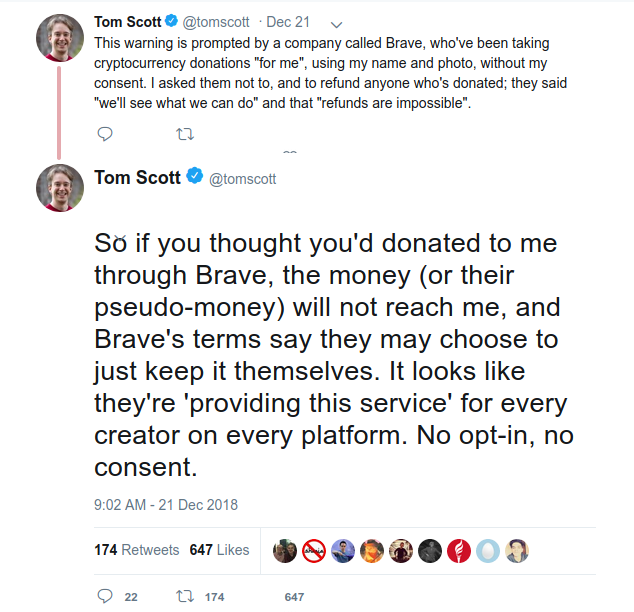 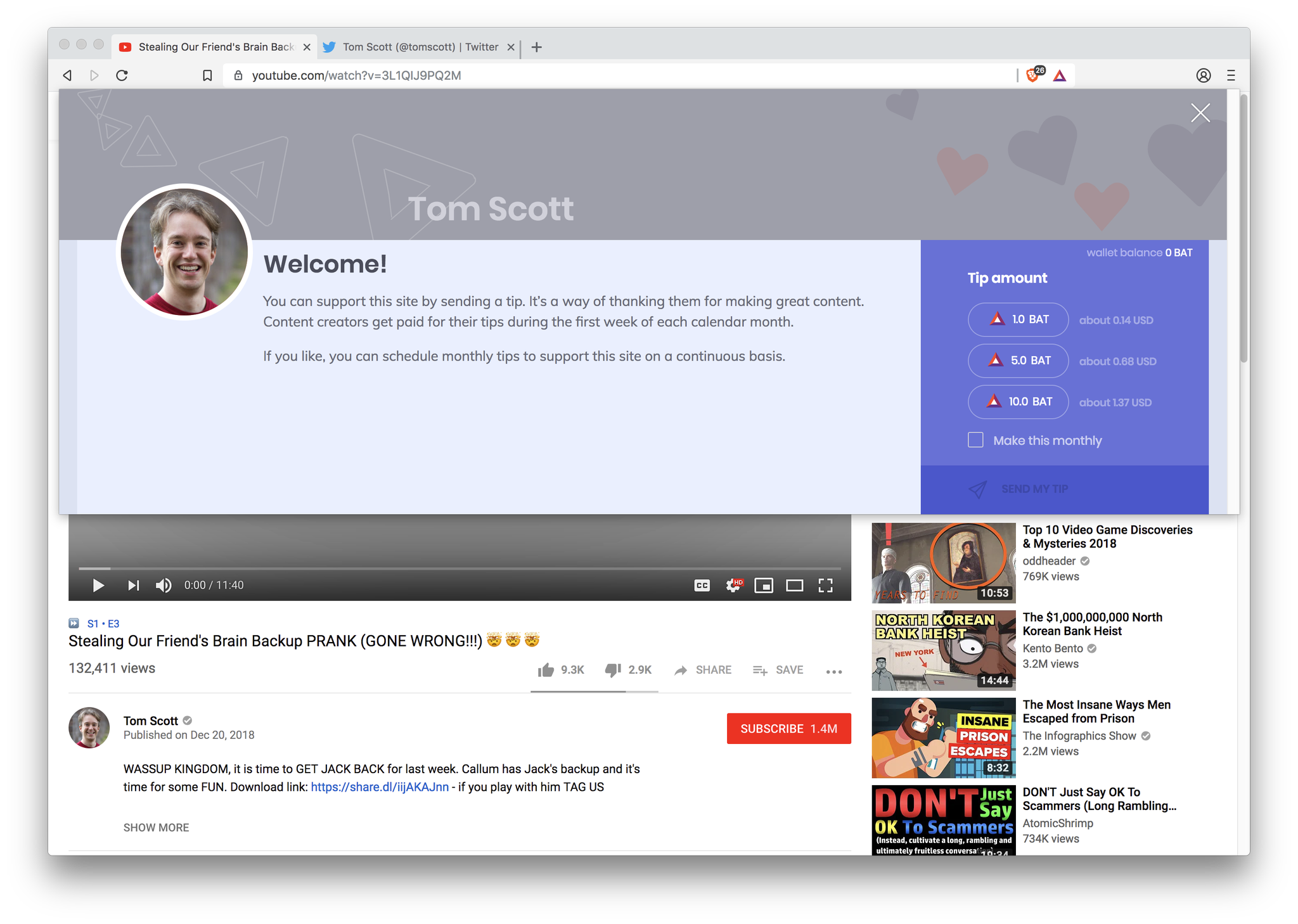 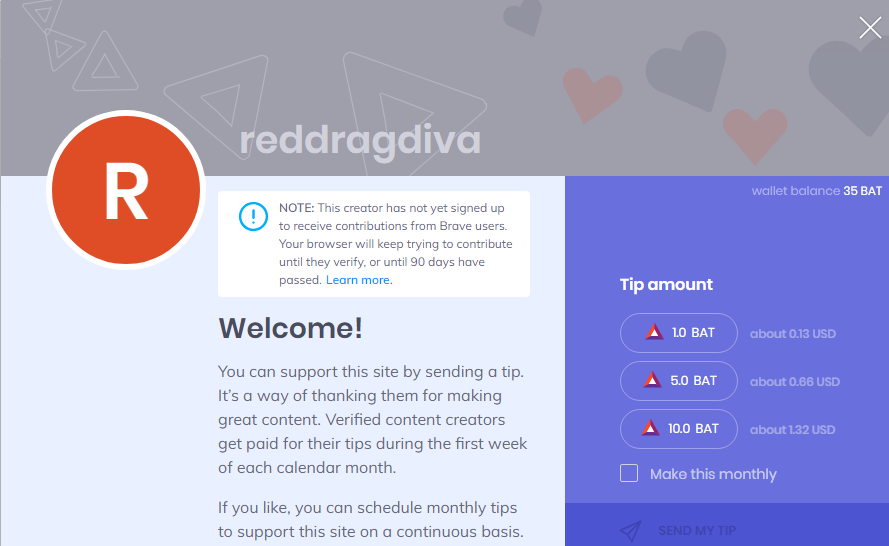