Mining tends toward a cost of 1 bitcoin to mine 1 bitcoin — it’s a competitive market.

But this equalises over a scale of months — and in a bubble, you can do very well.

But what bubbles do is … pop.

The hash rate is how fast everyone guesses numbers to try to win the Bitcoin lottery in that ten-minute period. Here’s the Bitcoin hash rate over 2018: 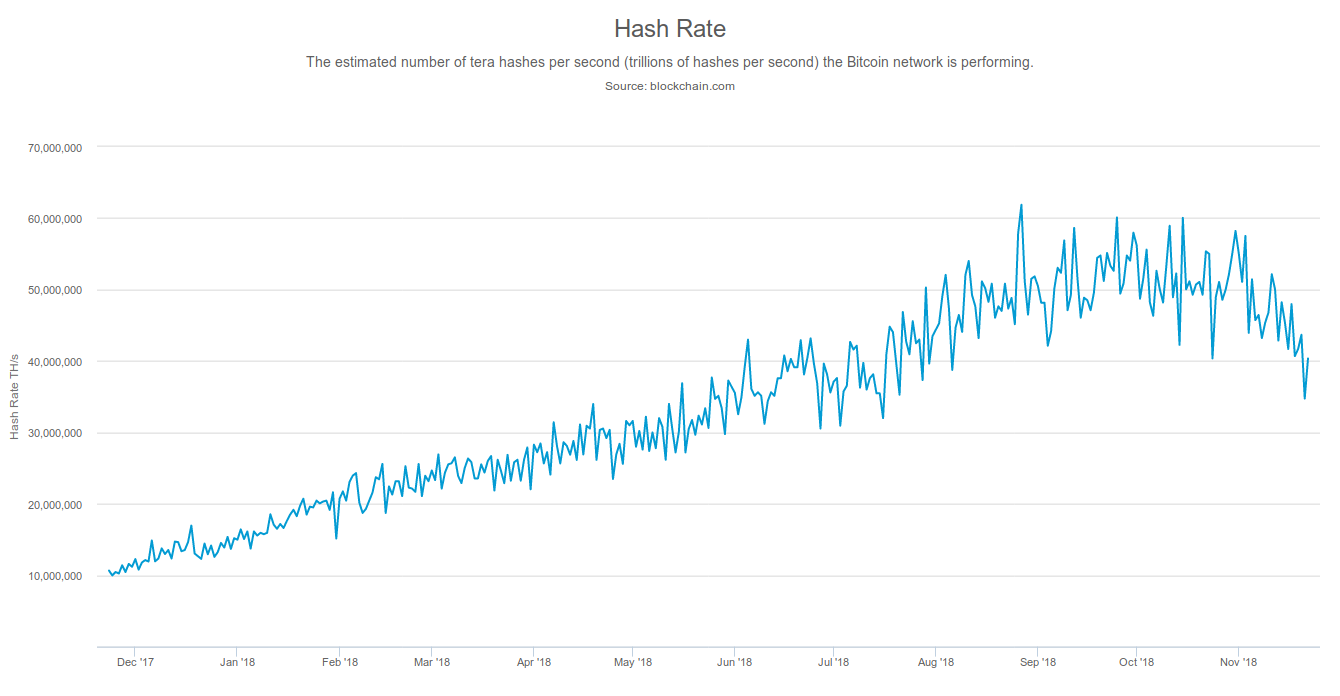 The mining difficulty — how easy it is to guess the right number and win the bitcoins — changes approximately every two weeks. But capital expenditure — building and deploying single-purpose mining hardware — has a rather longer lead time.

Mining 1 BTC cost way less than 1 BTC during the bubble. So, to compete, miners built out big.

To increase your mining capacity, you have to wait for Bitmain to send you an Antminer S9, long the most efficient miner — though the Ebang Ebit E10 is the new hotness. 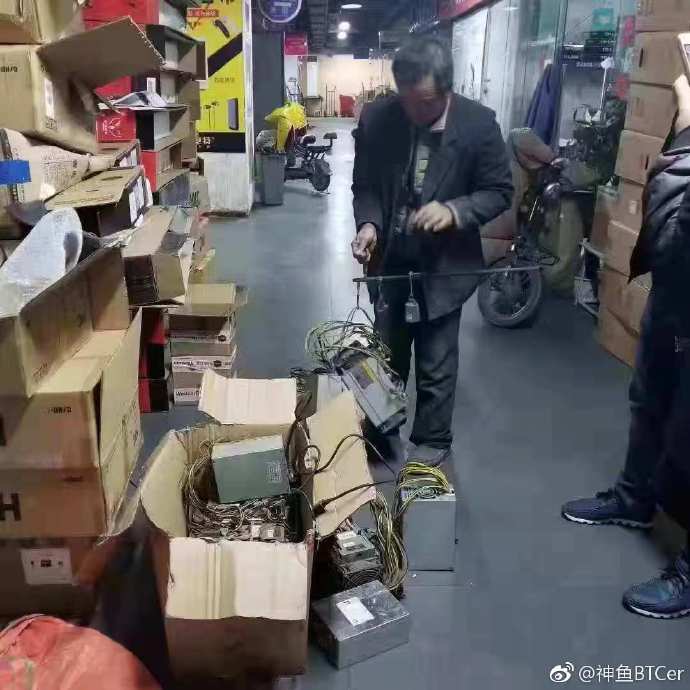 The price just crashed, and the hash rate is now dropping off sharply. So everyone’s getting squeezed — the cost of mining 1 BTC is circling 1 BTC, like it was in the doldrums of 2014-2015.

(You’ll be unsurprised to hear that this is actually good news for Bitcoin mining. “After this wave of shutdowns, those players who opted to stay in may have a better life.”)

How cheap is cheap?

The interview with Mao Shixing gives us numbers for how cheap Chinese power actually is. Summer prices are around 2.9 cents per kilowatt-hour. We’re coming into winter, and it’s more like 4.3 c/kWh.

The current worldwide hash rate is 45×1018 hashes per second. If everyone is running an Ebang E-10 (which they’re not — most mining is less efficient), at 0.092 joules per gigahash — then in summer, that’s about $2750 a bitcoin for the electricity alone. (Not mining hardware, not physical plant, not wages.)

If you’re using a less efficient miner, it’s more than $4000 to mine a bitcoin.

Or if you’re paying more for electricity. US crypto miner Giga Watt is bankrupt — estimated assets less than $50,000, estimated liabilities in the range of $10–50 million. Here’s local coverage.

Those dollars have to be actual conventional currency coming into the Bitcoin system — you can’t pay power bills with bitcoins, or Tethers. But this crash looks like selling pressure, with no matching buying pressure — all the suckers from the bubble have gone home now.

The big boys will be okay, right?

Bitmain run over 50% of the Bitcoin hash rate, in multiple pools, and make 80% of the mining chips.

But — per the prospectus for Bitmain’s recent IPO — their disastrous Bitcoin Cash folly has left them with 1 million BCH in “inventory,” that they can’t sell off because there’s no buyer demand. (Because “market cap” is made-up marketing rubbish.)

Bitmain’s new Antminer S15 is due late next month. You can bet Bitmain are running as many of these themselves as they can make, before they go on public sale — Bitmain are their own biggest customer.

I’m sure another few years of doldrums will be good for everyone — and especially for Bitcoin’s CO2 production.

But just keep saying to yourself:

2 Comments on “The Bitcoin hash rate for the past year, and the squeeze that crypto miners find themselves in”